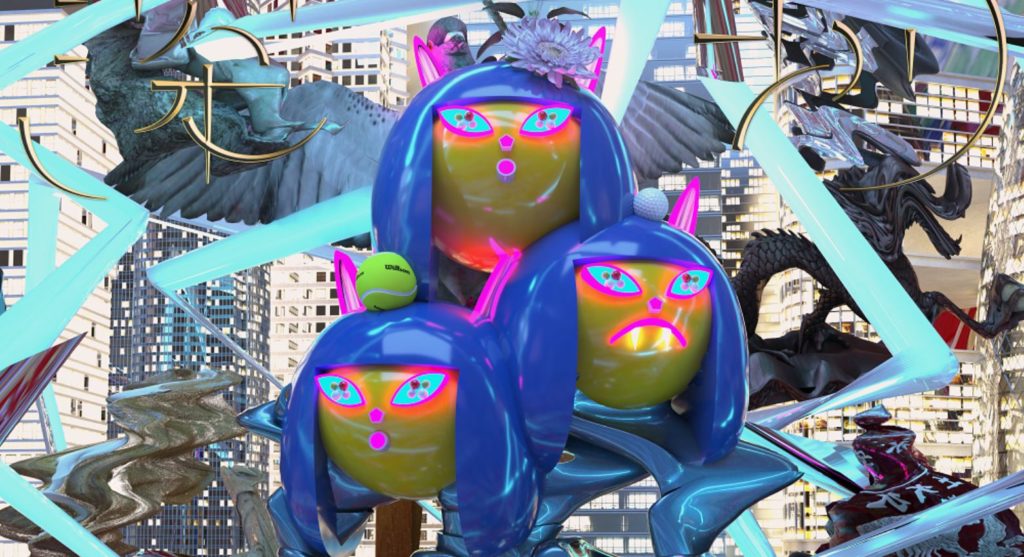 When the lead single off Shezhen DIVA dropped in mid July, I was really taken by surprise. Maltine Records was single-handedly responsible for getting me personally invested into Japanese electronic and club music as well as generally being one of the biggest influences in the scene this decade. However, while still occasionally releasing new material, lots of their signature artists like Tofubeats have moved to major labels and Maltine itself had entered a passive state. I’m never surprised to hear something extremely good from Maltine, they’re known for that, but Sayohimebou’s ‘Shenzhen DIVA’ with its alien melodies and unique types of sonic manipulation really wowed me. After a slight delay from an intended August release, the full ‘Shenzhen Diva’ EP is out and it does not disappoint.

The only context for what’s going on this meaty 6 track release is the absolutely bonkers album cover and the English text ‘Red silicon valley is over-amplified.’ Sayohimebou originally hails from the vaporwave side of the internet, with releases on vapor heavy labels like Business Casual and Plus 100. Those releases featured a lot of experimental composition, vocal sampling distorted beyond recognition, and varying tempos to create a chaotic digital mess somewhat reminiscent of emamouse.

The genius of ‘Shenzhen DIVA’ is that it takes those distorted samples and melodies crafted out of god knows what but sets them to mostly four on the floor house type beats. It’s weird, it’s danceable, it’s what I imagine an alien disco to sound like. Whether it’s on Maltine or elsewhere, I hope to see Sayohimebou continue down this direction that lets them make their sound more accessible without really sacrificing what makes it unique. I cannot recommend this EP enough as it’s genuinely my favorite thing to come from the label these last couple years.