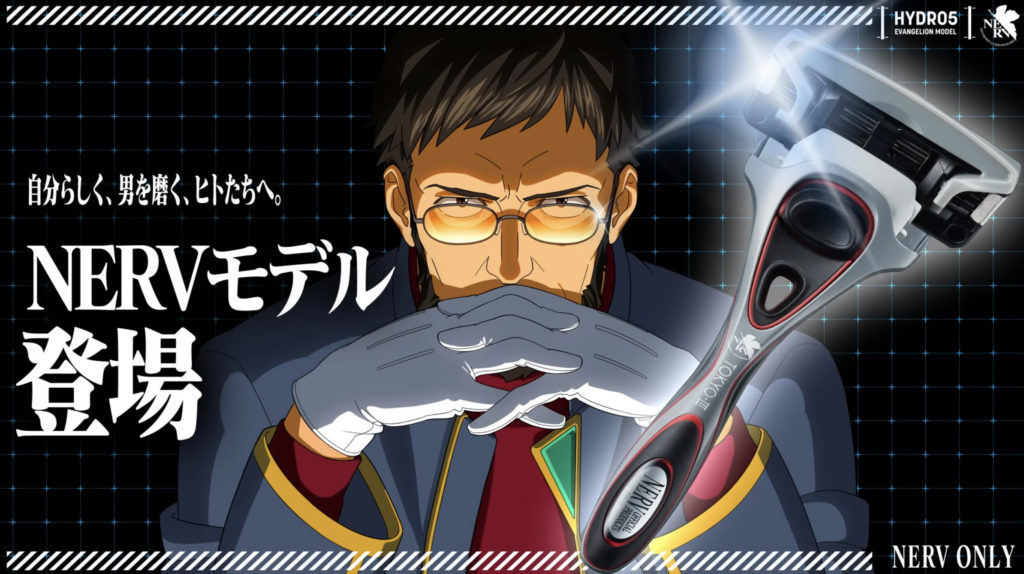 Evangelion has had its fair share of collaborations over the years, but few are perhaps quite as memorable as when the titan of a mecha series collaborated with razor brand Schick. It gave us a cleanly-shaven Gendo Ikari and one of the most hilarious commercials utilizing the Evangelion property, what more could you want? Well, what if I said that the two companies were collaborating once again on a brand new set of Evangelion razors? Coinciding with the news that fans can now purchase their own set of Evangelion-themed underwear, this news means that hardcore fans of the franchise can convert their morning routine into homage to the series they love.

Although this new collaboration lacks the flashy animated commercial of previous years, the Neon Genesis Evangelion franchise, in celebration of the upcoming (albeit unfortunately delayed) final entry into the Rebuild of Evangelion series of films, has chosen to work with Schick for a new line of Evangelion-themed razors. These Schick Hydro 5-blade razors are themed after the EVA-01 and EVA-02 units from the Evangelion series, with another razor being based on Gendo Ikari himself, with the colors of the razor more in line with the cold aesthetics of the NERV base and Tokyo-03.

If you’d like these blades for yourself, the razors can be purchased in a variety of forms. You can buy the razors on their own, which allows you to buy the Evangelion-themed Schick Hydro 5 handle in your chosen style alongside two detachable razor heads for use. You can also buy a spare blade package that includes 4 razor heads alongside a phone ring, while a third pack includes the razor handle, 3 detachable razor heads and a special themed pouch to hold the razor.

On top of this, a special themed collectible set will also be sold exclusively from Amazon Japan. This set will include a razor handle, three detachable razor blades and a special Evangelion-themed acrylic stand to hold your razor.