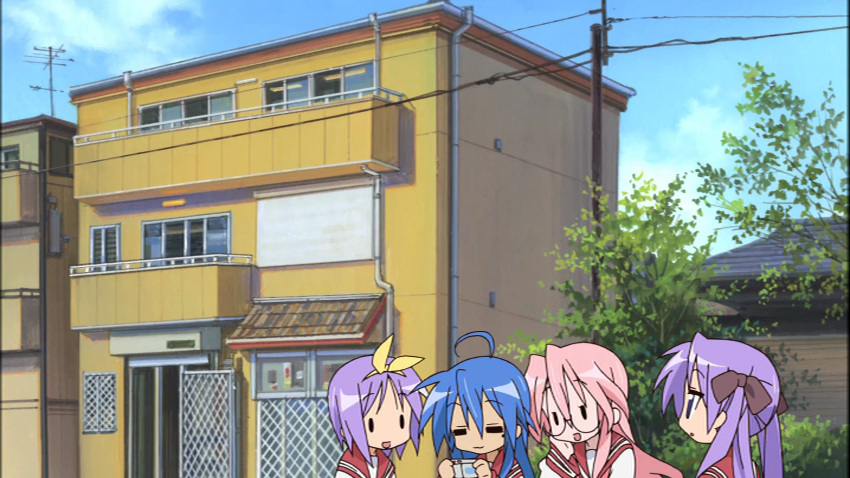 Kyoto Animation, otherwise known as KyoAni, is one of the big important anime studios in Japan.

However, if you’re looking for action or adventure at Kyoto Animation, you’re going to have a bad time. You won’t find KyoAni’s name on Naruto, Dragon Ball Z, One Piece, Fairy Tail or anything like that.

KyoAni characters tend to not be the types to want to save the world or go on heroic adventures. (When a character such as Kyon does get involved in saving the world, it can sometimes seem like an accident.)

They are much more likely to be found hanging out at high school. Oh, but they do have some great, fun stories to tell.

Interestingly enough, KyoAni wasn’t the lead producer on any anime television show or film for its first decade of existence.

The company was founded in 1981 by a wife-and-husband team, Yoko and Hideaki Hattai.  The two are still president (Hideaki) and vice-president (Yoko) of KyoAni.

According to reports, Yoko Hatta gathered “a few housewives”  with “spare time on their hands,” and created what was then known as Kyoto Anime Studio.  The studio evolved into Kyoto Animation in 1985.  Hideaki Hatta was named CEO.

In its early days, the company specialized in painting cels for Tatsunoko Pro and Pierrot.  It was also a subcontractor for Sunrise and Production IG.  They were involved with anime productions ranging from InuYasha to Dirty Pair to Neon Genesis Evangelion.

Kyoto Animation’s first big break did not come until 2002.  Fuji TV wanted to create a spinoff of Full Metal Panic!   Kadokawa, the manga publisher,  decided to go with Kyoto Animation for the spinoff.

The main Full Metal Panic! anime series tells about a militaristic teen who has to protect a high school girl.  The 2003 spinoff, Full Metal Panic? Fumoffu, is more comedic than the original.

This anime sets a pattern for Kyoto Animation. It is a high school comedy of sorts.  It is also their first collaboration with Kadokawa.

Amagi Brilliant Park (2014) could also be included in that list — although the link is more indirect, through light novel publisher Fujimi Shobo, which became part of Kadokawa in 1991. There is also an odd link through the character of Moffle, a.k.a. Bonta-kun from Full Metal Panic? Fumoffu.

In 2004, Kyoto Animation would partner with TBS, Pony Canyon and Movic to produce Air. 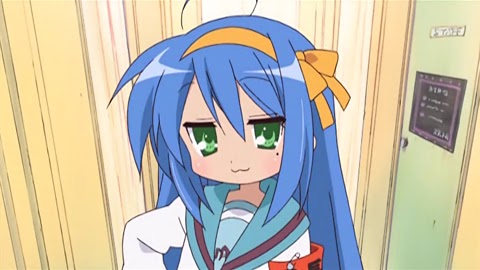 There is even a direct link between Haruhi and Lucky Star, thanks to  Aya Hirano providing (very different) voices for the main characters in both.  Of course, Haruhi is a fictional character in Lucky Star, but the otaku Konata cosplays as her.

Special mention has to be made for episode 21 of Lucky Star. While on a trip to Kyoto, Konata drags her three friends to visit Kyoto Animation headquarters — note that this is not the same building as the 2019 arson fire (more about that later).

After the goofy silliness of Nichijou in 2011, KyoAni started to turn away from the high school comedies for a while — although they didn’t abandon the format entirely.

It also started publishing and animating stories which had previously been winners or honorable mentions of the Kyoto Animation Award.  The award began in 2009, and many KyoAni anime series since then have been based on the award results.

Hyouka (2102)  is based on a mystery novel.  It takes place at a high school classic literature club.  The members of the club solve mysteries.

Love, Chunibyo & Other Delusions aired in 2012.   It features Yuta, a boy who used to have delusions of supernatural powers.  He meets Rikka, a high school girl who still has fantasy world delusions. It is a romantic comedy.

It is based on a series of light novels which were published by Kyoto Animation.

Tamako Market (2013) is a comedy about a mochi shop. The main character is the shop owner’s daughter. There’s also an oddball little bird, Dera.   The girl is a high school student, but most of the humor comes from the shop, the family, the girl’s friends, and of course, Dera.

Free! Iwatobi Swim Club (2013) is a sports anime.  The series focuses on the titular swim club, and has a sequel series, Free! Dive to the Future (2018), which takes place in college.

It is based on a light novel published by Kyoto Animation.

Beyond the Boundary (2013) is another Kyoto Animation light novel-based series.  It is a supernatural tale of immortal creatures, and high school romance.

Amagi Brilliant Park (2014) tells about a broken-down amusement park which is actually a broken-down fantasy kingdom.  The comedy series marks the return of Kadokawa/ Fujimi Shobo to KyoAni.

Sound! Euphonium (2015) tells the story of a high school concert band. It’s vaguely similar to many sports anime, where the goal is to become good enough to go to the national championship. It’s based on a light novel (but not a Kyoto Animation one).

Miss Kobayashi’s Dragon Maid (2017) is a fun little comedy about a dragon. The dragon, Tohru, is glad to serve as a maid. There is a lot for a dragon to learn to live in the modern world.

Violet Evergarden (2018) tells about mysterious people called “auto memory dolls.” The dolls have the special ability to help people with their writing.  The story was a Kyoto Animation Award grand prize winner.

Tsurune (2018) is a sports anime.  A high school boy who quit archery is convinced to return to the sport.  It is another Kyoto Animation Award winner.

In the OVA, an unhappy young schoolboy meets a strange child, who turns out to be an angel.  The angel gives the boy a ride on a cloud, and teaches him to be happy.

The OVA was based on books written by Ryuho Ookawa (or Okawa). Okawa is the founder of a religious group/ cult, Happy Science.   Happy Science apparently contracted Kyoto Animation to make it, and it’s not listed on KyoAni’s website.

The Munto OVAs are more complicated than many of the anime mentioned earlier.  They feature a young woman with special abilities, celestial beings from the heavens or a magical kingdom, and a dying source of magic.

Other OVAs are based on previously existing properties — Full Metal Panic, Clannad, Lucky Star, K-On!, Nichijou, etc.. These are sequels, midquels or prequels.

Most of the movies created by KyoAni are based on TV anime shows which include the Disappearance of Haruhi Suzumiya, K-On! The Movie, Sound! Euphonium: The Movie – Welcome to the Kitauji High School Concert Band, and Free! Take Your Marks.

However, A Silent Voice: The Movie is not based on any previous KyoAni anime series.  It tells about a deaf schoolgirl, Shoko. She gets bullied.

One boy, Shoya, gets most of the blame for the bullying.  The two are separated and don’t see each other again until high school.  The two teens must deal with their past, and learn to understand each other.

The film is based on a manga series by Yoshitoki Oima. It came out in 2016.

Early reports stated that at least 33 people had died as a result of the fire; the death toll later increased to 36. Dozens more were injured in the fire.

A man suspected of setting the fire was pulled from the blaze and sent to a hospital.  He was later identified as Shinji Aoba, 41 (42 as of May 2020).

According to reports, Aoba confessed to the police soon after the fire. He told police that he had used gasoline to set fire to the studio building.

Aoba was arrested in May 2020. The police had waited for him to be treated for burns before charging him.

After the arrest, Kyoto Animation released a statement.  The company stated that they “agree with prosecutors pursuing the maximum culpability that the law will allow.”

News of the fire was shocking, but Kyoto Animation received a ton of support from anime fans and others.