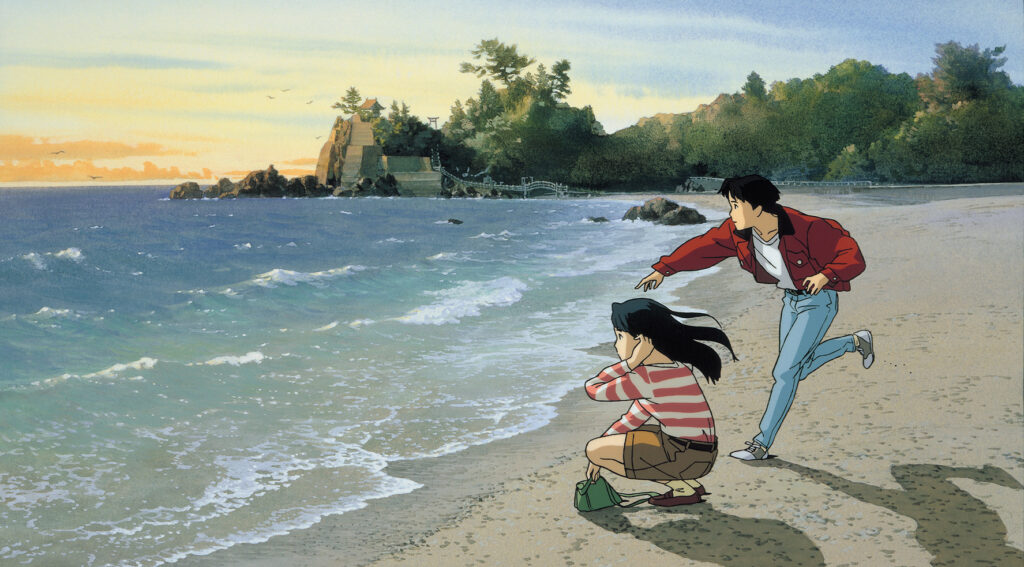 High school is often portrayed as a complicated experience for adults. People always look back at their school days as a simpler experience and an important phase of their life. This nostalgic feeling always lingers as they get older and is reinforced when they revisit familiar places with someone they knew. This is a core theme of Studio Ghibli’s 1993 TV film Ocean Waves and goes to show that your nostalgic feelings never leave you because they’re a part of your daily growth.

Based on Saeko Himuro’s 1990-1992 eponymous serial novel, the film is a coming-of-age teen romance story with slice-of-life elements similar to Isao Takahata’s 1991 feature Only Yesterday. Both are about adults reflecting on their past youth and reevaluating their choices or mistakes made by them. The characters bring that experience back to the present by comparing how it has affected their current selves. Ocean Waves is about the difference between a young adult about to start working and a high schooler still trying to figure things out. 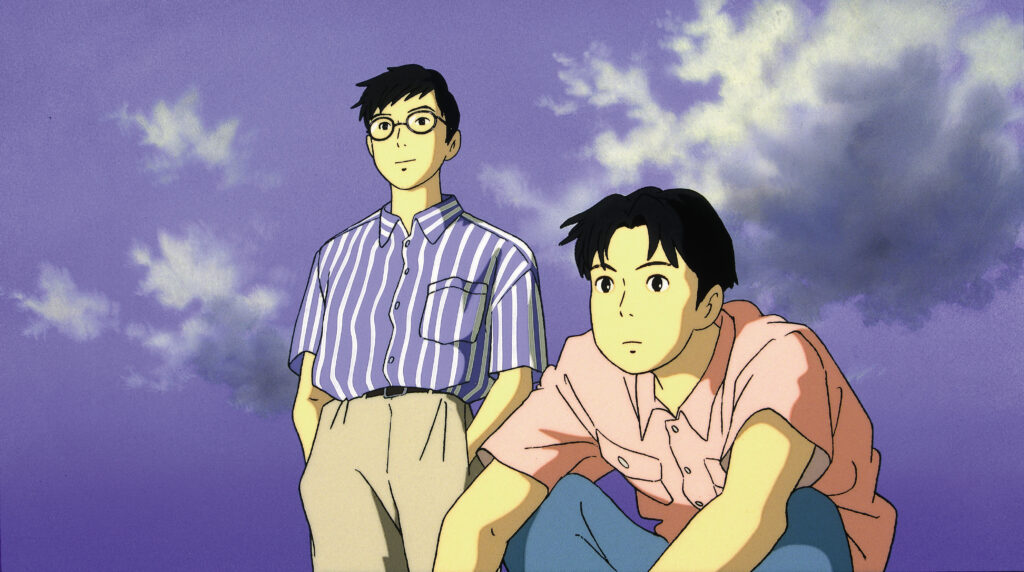 The film follows close friends Taku Morisaki and Yutaka Matsuno who meet a new transfer student from Tokyo. Her name is Rikako Muto, and she’s become an instant hit with the school, drawing both the ire and attention of boys and girls alike. As a city kid, she struggles to adjust to her new life in the countryside after her parents’ divorce and decides to return to the city. In the process, she involves Taku in her plans, borrowing some of his money and asking him to pose as her boyfriend. After her plan falters, she becomes instantly distant with everyone at school, including Taku, whom she gets into a fight with. Years later, when Taku reunites with most of his classmates, he learns that Rikako has also returned and wants to find her.

In a way, Ocean Waves was a big test for some of the younger staff at Studio Ghibli. It’s one of the few projects not to involve Miyazaki or Takahata and was instead directed by Tomomi Mochizuki. He and several other staff members in their 20s and 30s were tasked with making a film ‘quickly, cheaply, and with quality.’ Considering how stressful the anime industry can be, this was easier said than done. The film went over budget and over scheduled because of the hard work and demand for completion. Mochizuki himself grew a stomach ulcer during the work, but they still somehow got the film done with help from J.C Staff and Madhouse in particular. 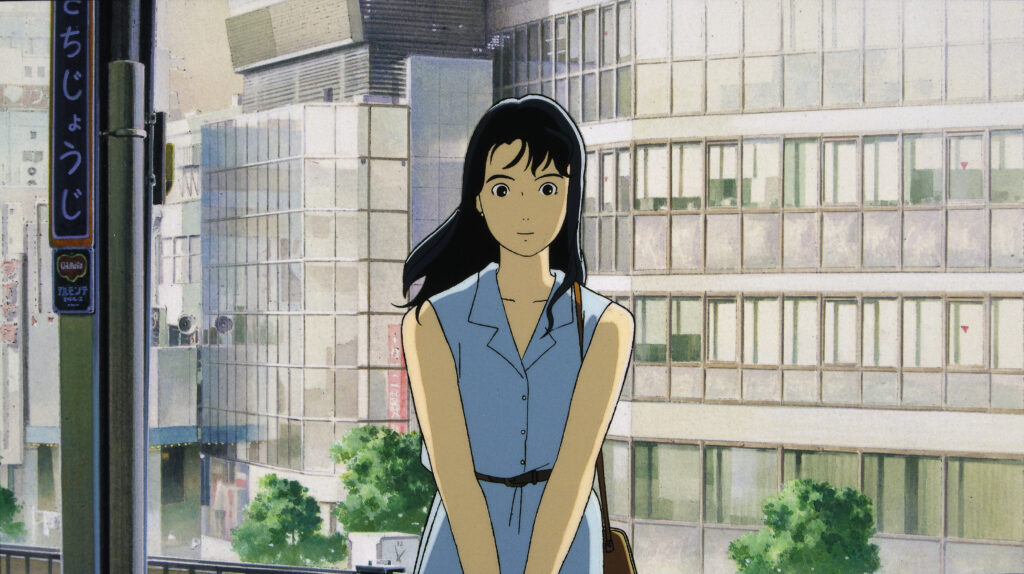 All that hard work resulted in a pretty decent film with excellent background art, highlighting mid 90s Japanese architecture and environments. Each frame of Ocean Waves evokes a strong nostalgic feeling like you’ve been there before and can definitely grace the cover of a retro city pop record. I appreciate its honest depiction of a high schooler’s life, showing things like high school romance, part-time jobs, underage drinking, and dealing with unfair adults. More specifically, the film shows how teenagers adapt to big changes, particularly with how Taku handles navigating needless drama, adolescent love, and his potential career.

His relationship with Rikako is also a big focal point of the film. Gradually, he learns to deal with his own feelings for her, even though she’s been nothing but troublesome. Eventually, towards the end of the film, he meets her again on a subway platform and realizes that he does have genuine feelings for her, even after all these years. His maturity is exemplified by the fact that he knew he didn’t know himself fully and didn’t completely understand Rikako’s circumstances. 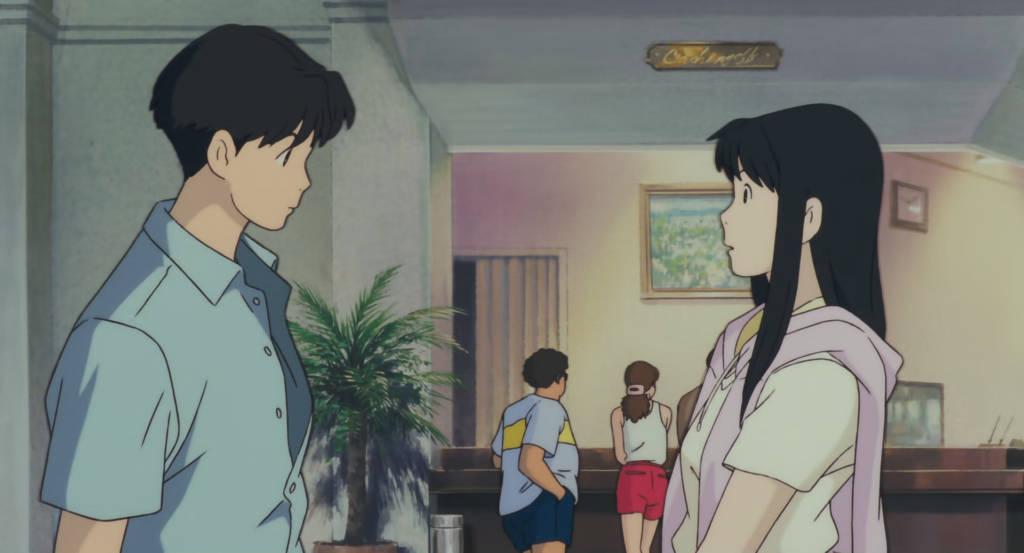 Ultimately, you become a different person when you’re older and that’s when you realize you’ve made regretful mistakes. I appreciate how Ocean Waves demonstrates this through the reunion scene, where we see Taku’s classmates gather at a bar, getting drunk and confessing to people they’ve had feelings for. Moreover, a former classmate of Rikako confides to Taku that she hated her when they were in school, but doesn’t think much about it now because it was in the past and she’d rather focus on the present. It’s a strong highlight of the film because we see how much the characters have grown.

Tying this back to nostalgia, there’s a timeless feeling these slice-of-life teenage romance stories give off that it becomes familiar whenever a new work comes around. I think it has to do with the melodrama and angst teenagers face that just make for an enjoyable viewing experience sometimes. The problems faced by Taku and Rikako aren’t all that foreign and you may have had similar experiences that made you sympathize with them more. 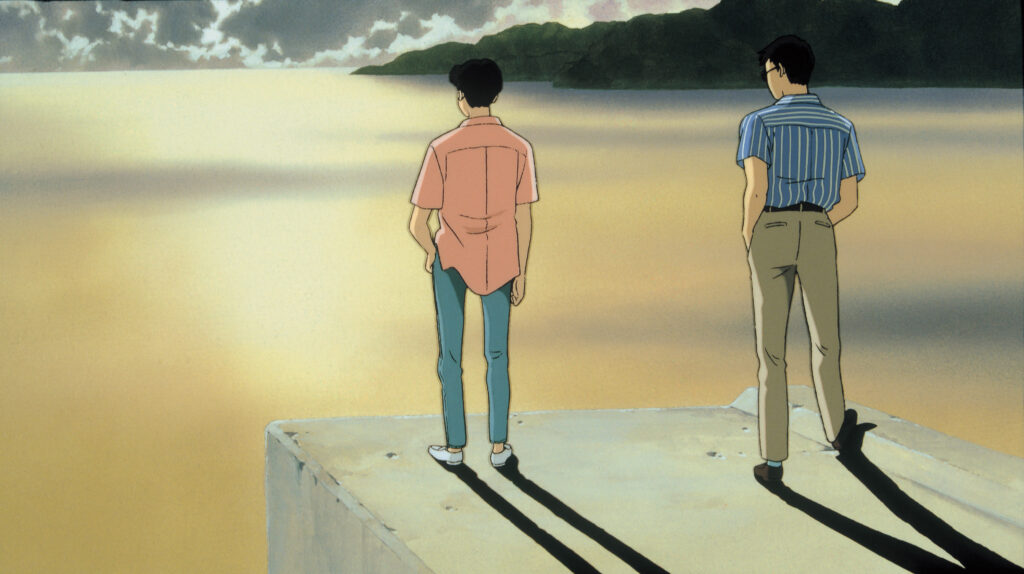 Summing up my final thoughts, I liked Ocean Waves enough to recommend it to both hardcore and casual Ghibli fans, as well as anyone interested in seeing high school romance stories. If there is a problem I’d like to critique, it would definitely be the film’s runtime in relation to its pacing. It’s just a little over an hour long, but you can definitely tell the story was rushed at certain points and left out details from Taku’s school life. I wish it showed more, but I understand why the film had to transition to his adulthood. Nevertheless, you do get just the right amount of character development to care about Taku and his friends’ journey. If a film like that is your thing, then you may as well enjoy Ocean Waves.

Ocean Waves is currently licensed and available to purchase from GKIDS. You can also stream the film on Netflix and HBO Max in select countries.