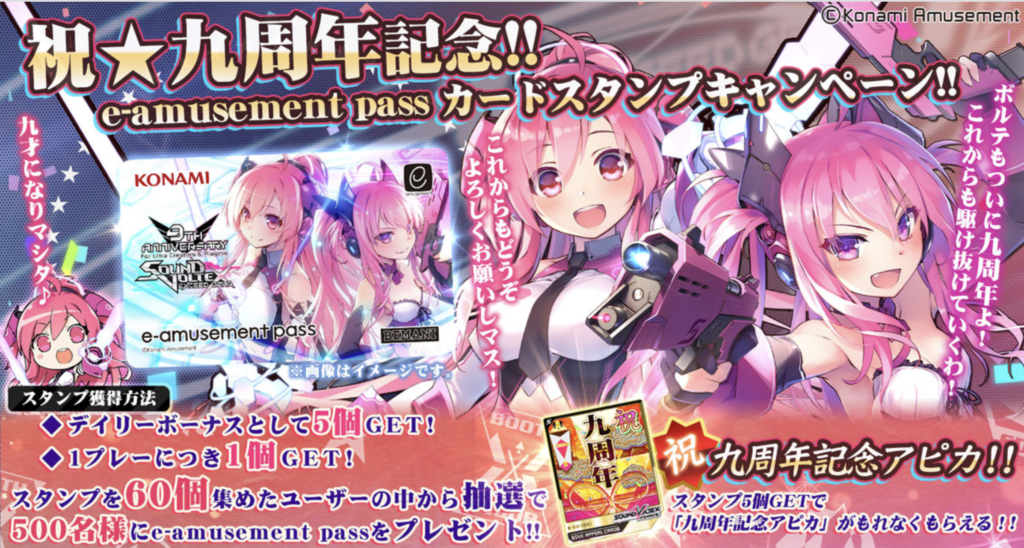 I can’t believe it’s already been nine whole years that KONAMI‘s SOUND VOLTEX series has been wooshing away in Japanese game centers. It really seems like yesterday that the title was just announced and released to less than favorable results. Since then, the game has developed into its own, with a massive song list spanning over one thousand songs, and it is home to a large number of underground Japanese up-and-coming track makers. Today, KONAMI announced that they are going to be doing a couple of festivities surrounding the ninth anniversary of the series. 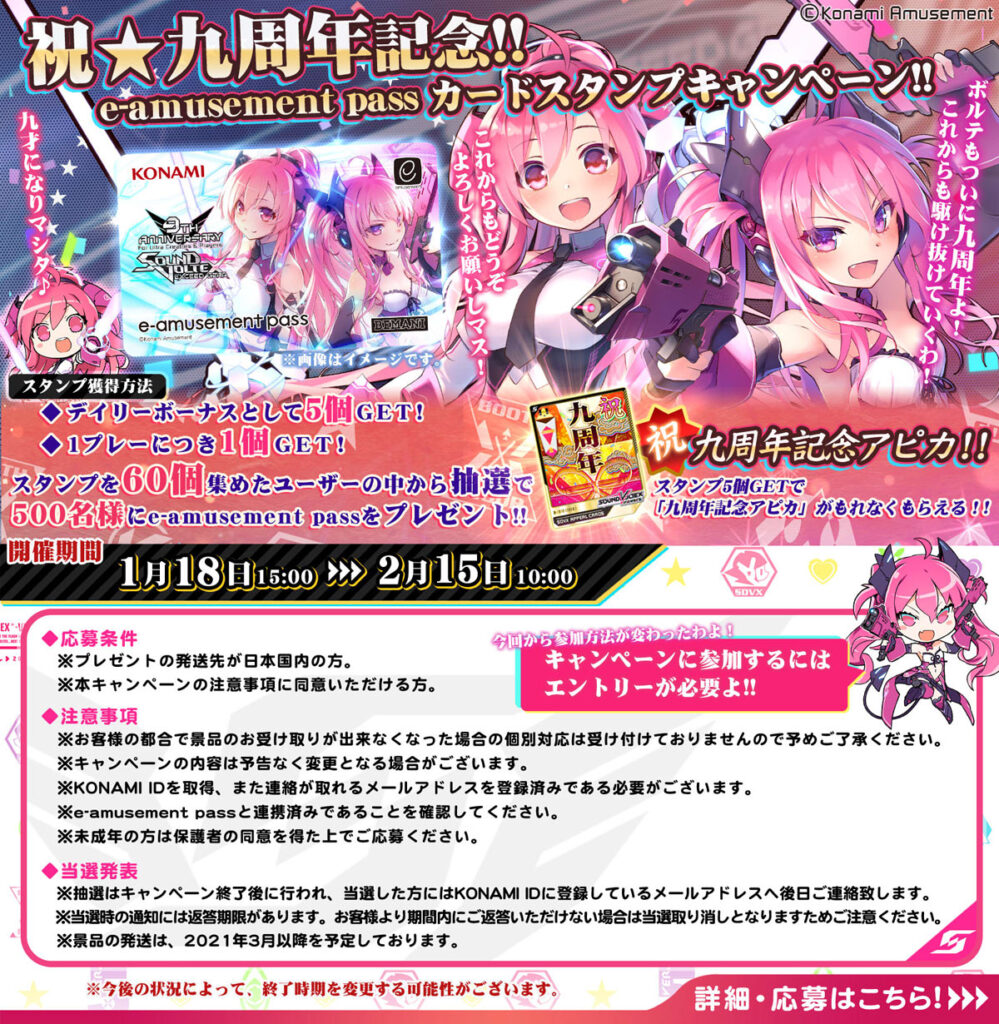 For starters, KONAMI has announced that they will do an in-game stamp campaign just for the 9th anniversary of SOUND VOLTEX. Normally when they do stamp campaigns, players unlock various content to use within the game, so I can see that being something that comes along with the stamps, but you will also get a special 9th Anniversary appeal card that you can set as your appeal card in-game. Now I know you’re thinking: what do I do with all of these stamps that I’m getting? For each day you play the game, you will be awarded five stamps, and an additional stamp per game of SOUND VOLTEX. Once you collect sixty stamps, you can log into the e-amusement website and enter a drawing to be a lucky winner out of 500 people who wins a very special 9th Anniversary e-amusement pass. complete with 9th Anniversary art featuring Rasis and Grace.

The downside to this is that the official rules state that it’s available to players in Japan only. That doesn’t mean that you can’t have someone enter on your behalf! The 9th Anniversary event kicks off today 18 January 2021 and will run until 15 February 2021. Now that we’re on the ninth anniversary year, maybe we’ll see that super awesome Valkyrie Model cabinet hit Japanese arcades in the near future.