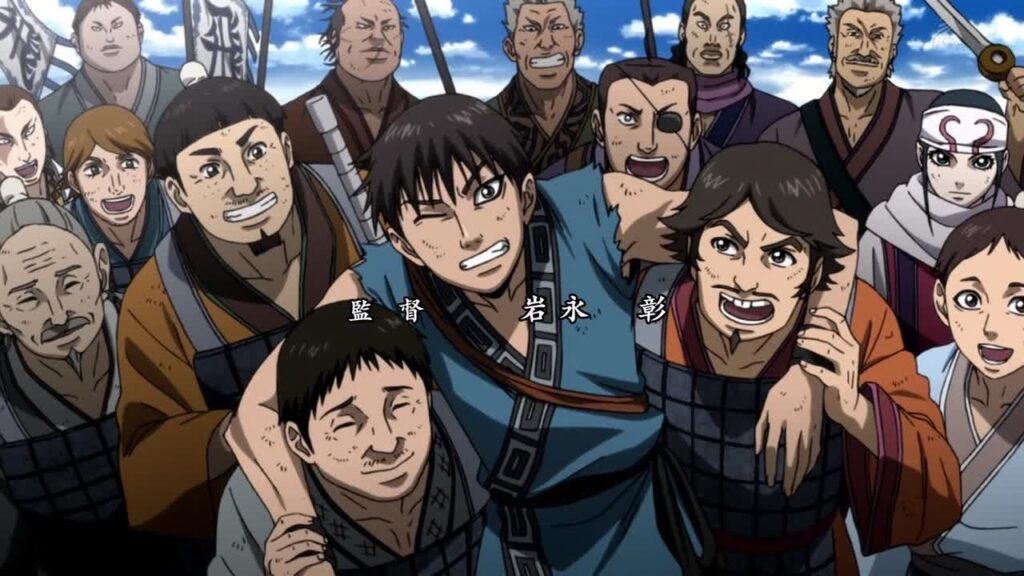 Kingdom is finally returning to the small screen, with the third anime season set to return on 5 April at 12:10 a.m. on NHK. If you thought the third season already premiered, you’re correct: but like many things, COVID-19 took a major toll on the studio.

The third season began airing last April, but was quickly delayed after Episode 4. Though the incredible production team had been doing their best with tight schedules, the first State of Emergency declaration in Japan made things too difficult and dangerous to continue. Season 3 was postponed until April 2021, and we’re thrilled to see it return.

The latest series of the epic has a few new faces on the production staff, including Kenichi Imaizumi (Reborn!) as Director and Hisashi Abe as Character Designer. The latter has a hugely impressive resume to us here at OTAQUEST, working on classics from Sorcerer Hunters and Gunslinger Girl to Chobits and Aquarian Age. The main theme is provided by BiSH, while Osaka-based punk-rock group waterweed, having never provided music for an anime series prior, is knocking it out of the park with the track ‘Deep Inside’ as the ending.

The new promo teases more of what we love about Kingdom as a series: it’s chock-full of heart-pounding action, as you’d expect from the Warring States period of China.

Kingdom tells the story of Xin, an orphan and servant with lofty dreams of being the next great general, able to fight for his homeland. When his friend Piao is taken to the palace without warning, he returns months later, mortally wounded and begging Xin to leave for another village. Meeting another boy nearly identical to Piano, Xin learns with shock that he’s speaking to Ying Zheng, the current King of Qin. Piao had served as a body double for the monarch, and had been wounded during an attempt for the thronem. This is the perfect chance for Xin, who manages to get on the King’s good side, to begin a new life in the military and finally pursue his goal of becoming the greatest general the world has ever seen.

Catch up on the first two seasons of Kingdom at Funimation ahead of the premiere. Luckily, the service will also be streaming each new episode as they air in Japan.