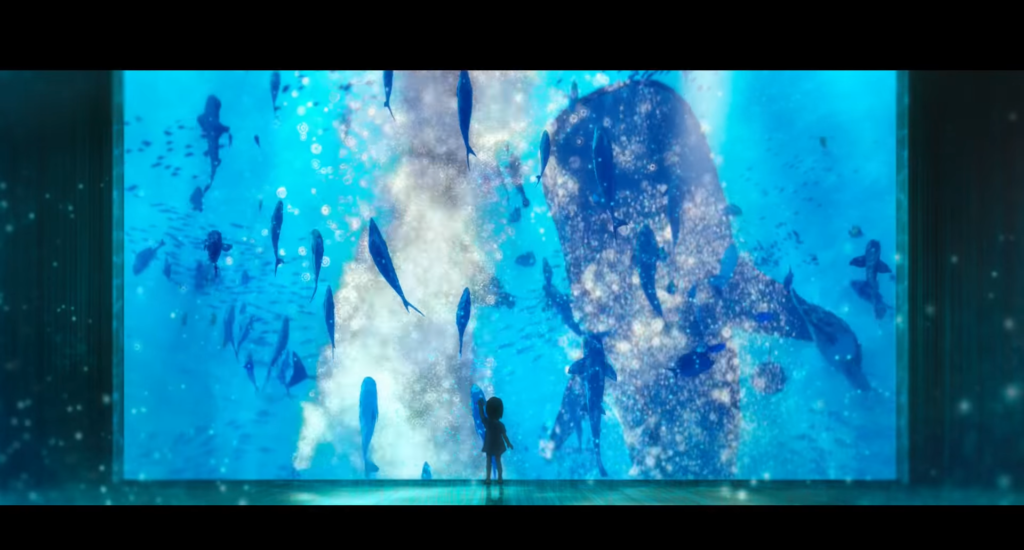 I can not tell you how excited I am for Studio 4°C’s upcoming film Children Of The Sea. I say that, but I’m actually writing this article to do just that. A couple of days ago, TOHO Animation dropped the second full trailer for the movie and I still can’t pick my jaw back up. From the noble giant sea creatures to the character’s distinct art style, the promotional video is hitting all the right notes. The new trailers also preview the film’s theme ‘Umi No Yurei’, or Ghost Of The Sea, by My Hero Academia opening singer Kenshi Yonezu. Daisuke Igarashi’s excellent Children Of The Sea manga couldn’t be in better hands for this new movie.

For real, more than any other upcoming anime film or TV series, I’m looking forward to Children Of The Sea the most. Studio 4°C is chiefly known for their experimental touch in their animation. It’s what led to projects like the absolutely essential Tekkonkinkreet, Masaaki Yuasa’s Mind Game, and their unfortunately forgotten Genius Party series. It looks like they have their best animators on deck for this upcoming film because I haven’t seen anything looking this gorgeous in a long time.

The original manga of Children Of The Sea by Daisuke Igarashi features stunning art. The characters, the seas creatures, and even the ocean itself; every bit of ink to come from his pen creates absolutely majestic images. Seeing all of that majesty and wonder preserved in this new PV is making me salivate for this movie. Just look at the movements of the sharks and whales. Even the single moment of an hourglass coming out of focus looks gorgeous. Aside from the style itself, the attention to light detail both above and under the water is giving this Studio 4°C animation the majority of its character. The film will be a treat for fans and newcomers and like.

Studio 4°C’s Children Of The Sea comes out June 6 in Japan. GKIDS will distribute the movie in the states.

Children Of The Sea Is A Transcendental Swim Through Ocean