Second Cour of Moriarty the Patriot Previewed in New Trailer 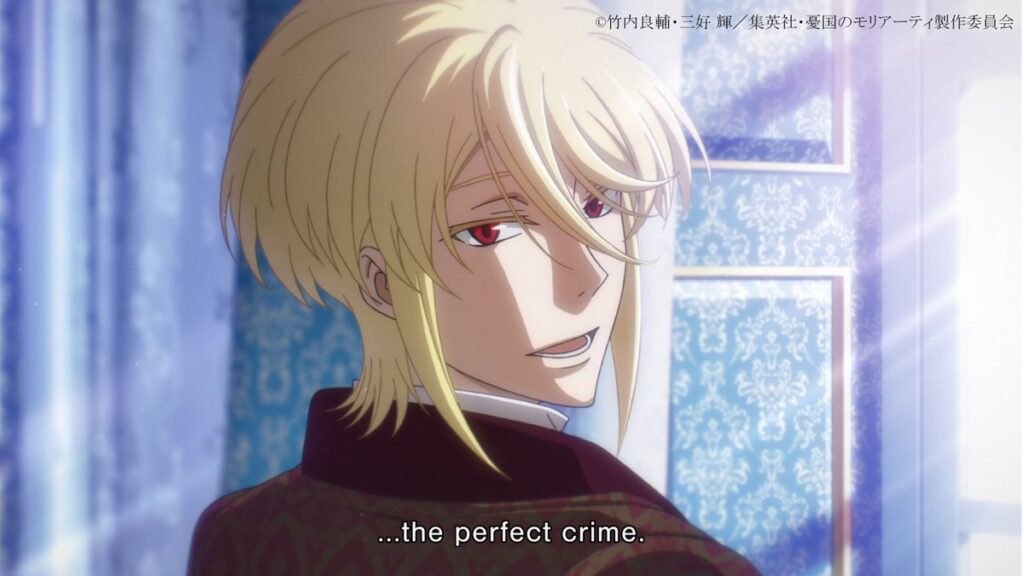 The second cour of the popular Moriarty the Patriot is set to air in the April 2021 anime season, and in anticipation for the upcoming premiere, Bandai Namco Entertainment have released a trailer previewing the content for the new season.

The first season of the anime adaptation of the Jump Square manga Moriarty the Patriot impressed me during its initial airing for the tension it was able to build throughout the series: it used a psychological crime thriller template that tackled issues of social class and injustice. Not only that, the show was a surprisingly accurate recreation of cities like Durham (where the story is set), and it only benefitted the show’s alternative adaptation of the classic Sherlock Holmes story. This split cour anime took a break at the end of the Fall 2020 anime season, but is thankfully making a return with a greater emphasis on Sherlock’s rivalry with the series’ antihero, Moriarty.

‘Catch me if you can, Mr. Holmes’ This line, spoken at the beginning of the trailer and the end of the first cour, sets the tone for this upcoming second cour of Moriarty the Patriot. If the first part of the series was more aimed at introducing Moriarty’s background and ideological beliefs, this second half will emphasize further the rivalry more familiar to those who have read the original Sherlock stories. In fact, following the introduction of Sherlock’s brother in the closing moments of the last episode of the first cour, the trailer places far more emphasis on Sherlock, with Moriarty portrayed more as a nuisance he has to contend with.

It’s clear that the show will spend more time on Moriarty as the protagonist on the whole, but with Irene Adler entering the picture, a prominent character in derivative adaptations despite her sole story appearance in the original work, Sherlock will be given significantly more screen time. If it helps to develop the pair’s rivalry, it’s more than welcome.

While no specific date has been set at this time, Moriarty the Patriot will premiere this April, and you can find out more about the series over on the official website. Season 1 is currently streaming on Funimation.

The Real-Life City of Durham in Moriarty the Patriot