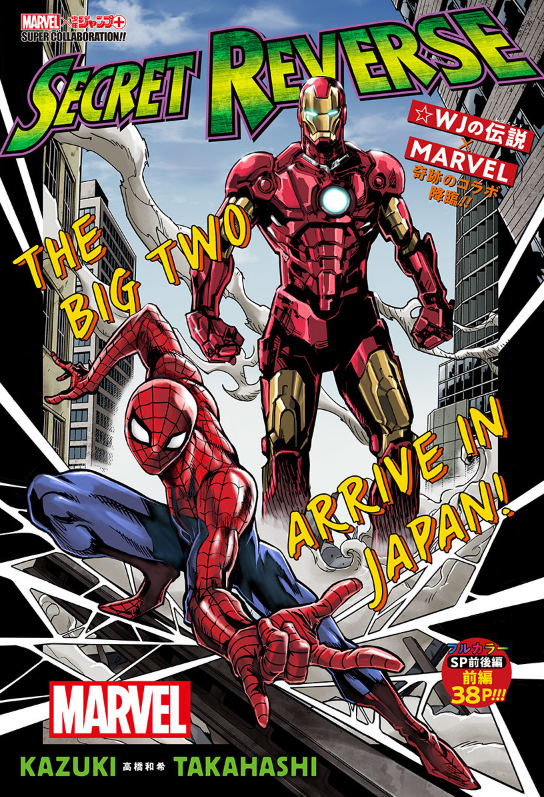 Yu-Gi-Oh! creator Takahashi Kazuki has been quite busy as of late – if he’s not drawing for Weekly Shonen Jump, then he’s using his iconic characters to take down Japan’s current government. He’s even now just turned to drawing Marvel comics – publishing his take on the seminal characters of Spider-Man and Iron Man in Secret Reverse.

Takahashi’s Secret Reverse is the first one-shot in a series of collaborative one-shots between Shueisha and Marvel, which are to be published on Shueisha’s digital Jump Plus service (which is celebrating its fifth anniversary right now) every other week.

That being said, Takahashi is by far the biggest name attached to this collaboration. Most of the other artists have either yet to have a breakout hit, or have had short-lived serializations in Jump Plus’ older brother, Weekly Shonen Jump.

Still, it’s really a trip to see Takahashi, who is responsible for creating one of the most profitable and popular Japanese media franchises of all time (which is still going strong, may I add), take on two of American comics’ most iconic characters – Iron Man and Spider-Man.

Takahashi certainly seems aware of this duality, as his Secret Reverse comes off as a little tongue-in-cheek. In the first installment of the one-shot, Iron Man and Spider-Man travel to a ‘games convention’ in Tokyo, Japan to defeat a super-villain who uses cards to summon fearsome digital monsters and wreak havoc. Sound familiar? 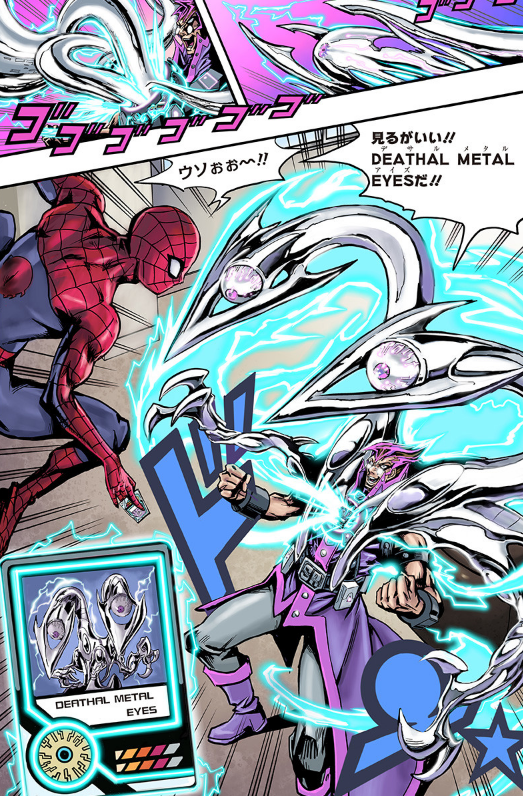 It’s also incredible to see Takahashi so exactly capture the aesthetic of a western comic, matching it in tone, style, and color, which clearly stems from a deep love of Marvel that Takahashi admits to in the afterword to Secret Reverse.

‘I wanna draw a Marvel comic! I’ve had that desire for a while now, but it was at the end of last year that I was asked by Shueisha if I could finally draw one,’ he explained.

‘I was allowed to draw any Marvel character I liked, so I naturally chose the ones I liked the most – Iron-Man! And Spider-Man! Those two heroes who truly symbolize Marvel as a whole!’

Takahashi certainly isn’t alone in his appreciation of Marvel comics, so evident in Secret Reverse, despite living on the other side of the world.

Marvel has exploded in popularity in Japan in recent years thanks to the latest, live-action ‘Marvel Cinematic Universe (MCU)’ movies, who have even teamed up with other, homegrown Japanese pop culture giants in search of box office dominance.

Other authors associated with Weekly Shonen Jump and Shueisha have also worn their love for Marvel on their sleeve – including One Punch Man artist Yusuke Murata and My Hero Academia creator Horikoshi Kohei. Even the late Monkey Punch clearly harbored a love for western comics, drawing a whole series of DC heroes illustrations just before his passing.

Links between Japanese comics and Western comics are likely to only strengthen over the coming years, especially as Japanese pop culture as a whole continues to spread its influence across the world. These latest Marvel one-shots in collaboration with Jump Plus, including Takahashi Kazuki’s Secret Reverse, only serve to underscore that fact.