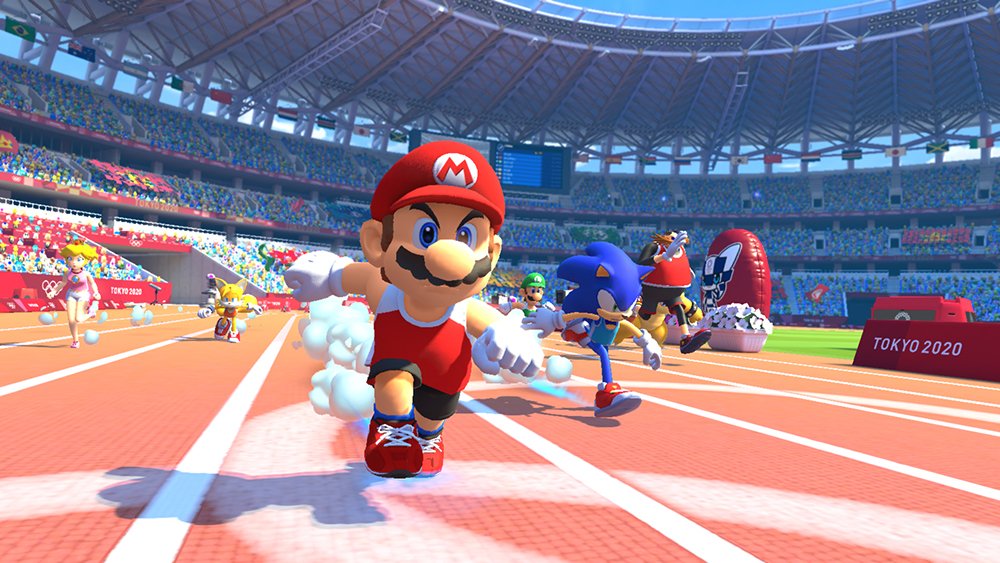 The 2020 Tokyo Olympics are officially 482 days away. Which might seem like a long time, but that is just over a year away and will definitely be here sooner than you would expect. Of course, as has become tradition at this point, the approaching start date of the Olympics means the slow increase of tie-in products for the Olympics ranging from watches to video games. In terms of video games, SEGA used their SEGA FES event this weekend to announce the once-shocking collaborative game from Sonic and Mario alongside a massive amount of other titles, in total announcing four video games are in the works to coincide with the Tokyo Olympics.

As I previously mentioned, and as has become expected at this point whenever an Olympic Games or Winter Olympic Games comes around, SEGA announced that they will be developing ‘Mario and Sonic at the Tokyo 2020 Olympics’ exclusively for Nintendo Switch. This collaboration between Nintendo and SEGA’s iconic IPs has been ongoing ever since 2007, yet feels more at home here than in previous years as the characters come together once again to compete at Olympic events, this time in celebration of an Olympics held in their home country.

Although this game is in development exclusively for Nintendo Switch with a release date of Winter 2019, a special version of this title will also be developed and released in arcades next year. Not only that, Sonic will be taking on these events without his Nintendo friends on iOS and Android devices in Sonic and the Olympic Games.

What if you want a more traditional and serious game based on the 2020 Olympics? After all, these games are more stylized from a visual perspective and less realistic in terms of gameplay, and even if that’s the type of game you would prefer, it’s not for everyone. Luckily, SEGA have you covered there as well, with the announcement of Tokyo 2020 Olympics: The Official Video Game, set for release on PlayStation 4 and Nintendo Switch this summer.

All of these announcements were collectively announced during the SEGA FES event this weekend, and this announcement was joined by a special trailer for all four games featuring footage from the last time Tokyo hosted the Olympics in 1964 and featuring 1964 Olympic gold medal winner Yoshinobu Miyake.