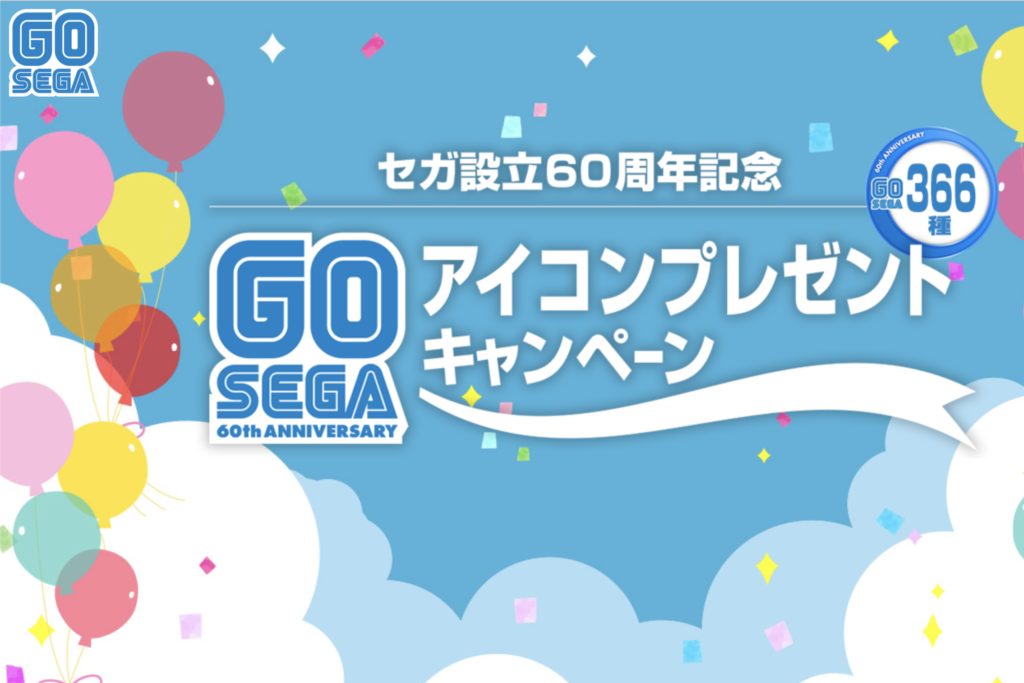 With 2020 being the 60th anniversary of Sega, you can be sure that there are going to be a number of festivities surrounding the momentous occasion. Today, they kicked off said festivities with the launch of their 60th anniversary landing page which at the current time doesn’t play home to too many things, but there are a plethora of icons that can be used throughout social media if you’re a fan of Sega or their franchises.

When you go to the page, you’re presented with a heartfelt message from Sega that reads;

The key-phrase “GO SEGA” portrays the company’s desire to keep pushing forward on its 60th Anniversary while maintaining the DNA of “Creation is Life”.

We strive to be a company that continues to provide exciting experiences for everyone, even in the future.

These special icons are filled with Sega’s thoughts are presented to everyone who has supported Sega thus far as a limited 60th Anniversary present filled with thanks.

In addition to Sega’s lifeblood characters, we have also included a wide range of icons that have been requested in the past.

When they say a wide range of icons, they’re not kidding, there is a huge amassment of icons to choose from ranging from fan-favorite Sonic the Hedgehog, to its rhythm game line, the new Sega Shiro character, and even designs of their arcade cabinets that they have released over the years.

With the 60th anniversary landing page kicking off today, it will be interesting to see what Sega will have in store for their fans across the next four months and who knows, maybe there will be a surprise or two thrown in among the goodies that are sure to be coming sooner rather than later.