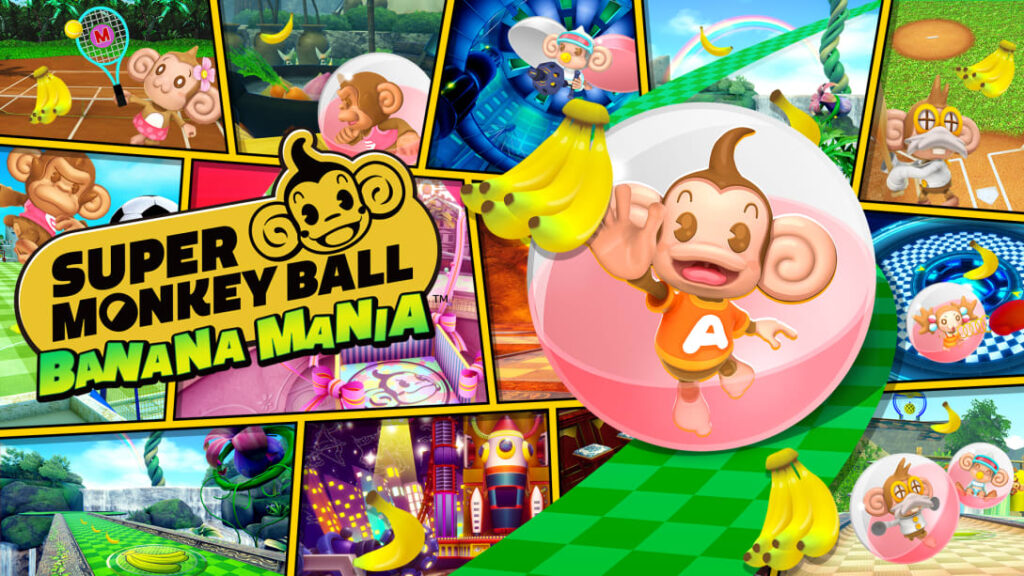 Let’s be real here, E3 this year was pretty underwhelming, but that was to be expected. However, SEGA brought some fire with the announcement of Super Monkey Ball 1+2 Remake (or Super Monkey Ball Banana Mania if you live in North America). Today they outlined the Japanese early purchase goods for purchasing the game at a specific retailer. As if getting a new Super Monkey Ball was not enough. 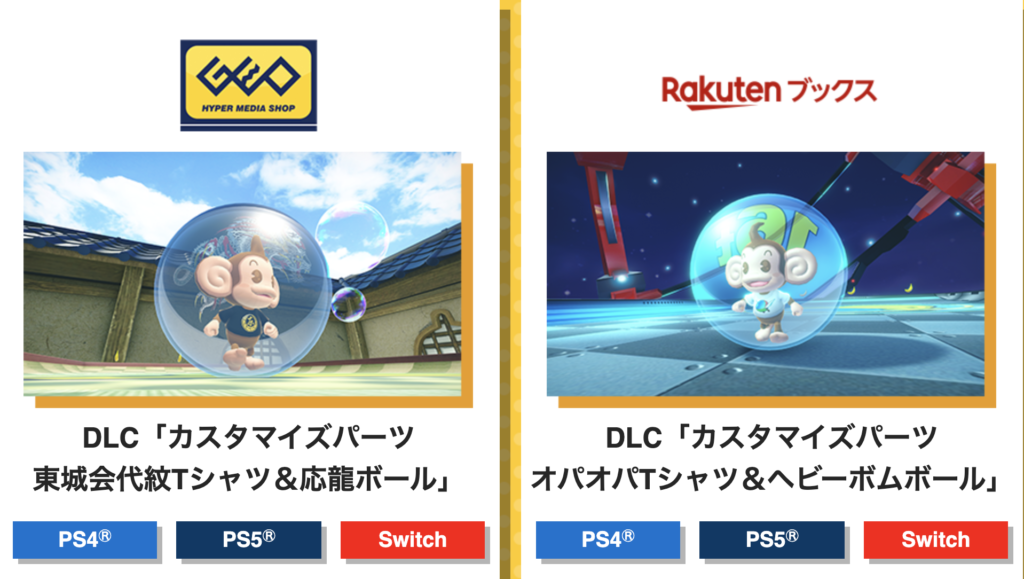 Early means, usually, within the first week, and currently, there are four retailers on board: GEO, Rakuten Books, Amazon, and Joshin. 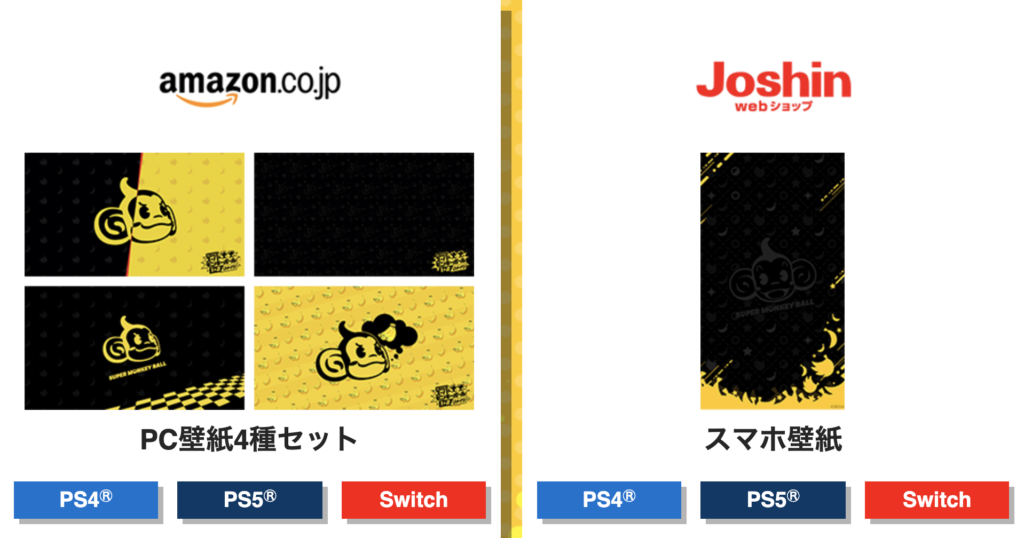 Sure the items aren’t physical and can’t be used in your everyday life, but it’s cool none the less to get something just for purchasing the game.