In yet another move which honestly caught me off guard, Sega has announced yet another mini console. After their success of the super-amazing Genesis Mini, the recent announcement of the Game Gear Micro, Sega has decided that they wanted to make a miniature version of their legendary arcade cabinet, the Astro City, and aptly named it the “Astro City Mini“.

For those of you who are unfamiliar with what the Astro City cabinet is, it was a primarily a single-player sit-down style arcade cabinet, even though there are two-player conversion kits available which played host to a 29″ CRT screen. The cabinet design was used for a multitude of years and can still be found at game centers throughout Japan running a large number of older Japanese arcade PCBs.

The Astro City Mini will be making its debut in December 2020 with a total of 36 games playable. The hardware even has two USB ports to connect what I would assume be your favorite fight sticks for a more authentic arcade feel or one of the gamepads that they announced in conjunction with the Astro City Mini, as well as an HDMI out so you can connect it to a larger screen, a Micro USB port for power, and a headphone jack. Do keep in mind though that you can still play all of the available games on the device itself via its built-in 3.97″ LCD screen but I couldn’t imagine anyone getting a hearty session in on a miniature screen like that. 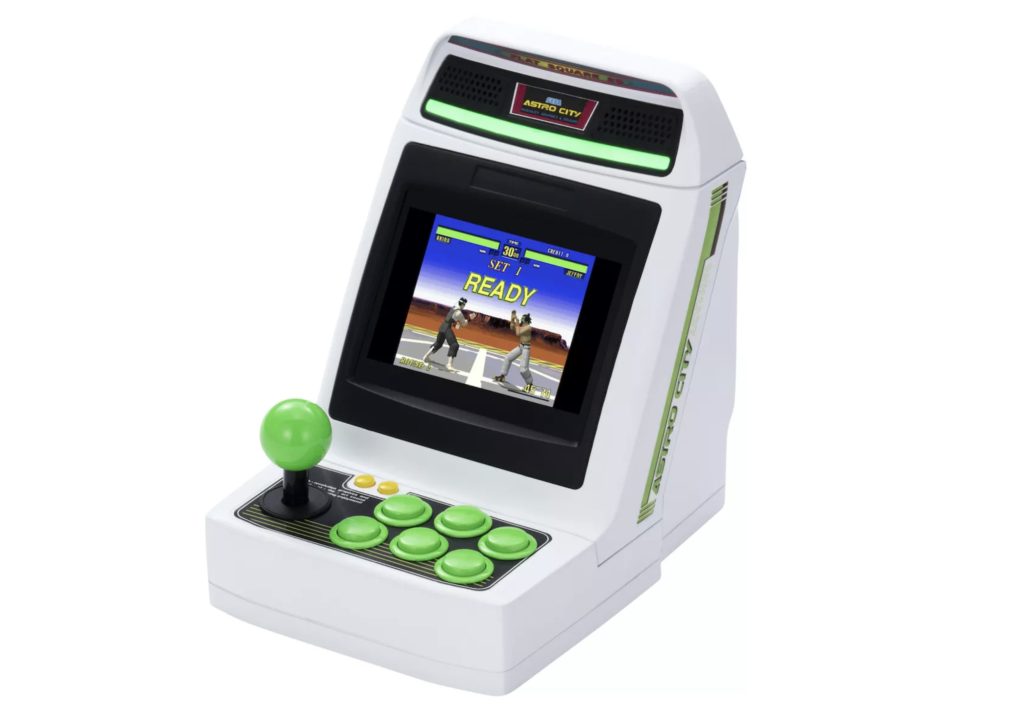 Currently, Sega has only confirmed a handful of the games which will be on the Astro City Mini and those titles are as follows:

There are still a total of 26 games remaining to be announced for this miniature arcade cabinet.

When I saw this announced, I immediately wanted one for decoration, but I don’t know if I’m willing to part with that much money for something that I couldn’t really see myself using maybe more than once or twice. But depending on the remaining game announcements, that might very well change.

As mentioned earlier, the Astro City Mini will be available at the end of 2020. The Astro City Mini where it is a miniature arcade cabinet, still comes in at a bit of a high price tag, retailing for ¥12,800 (About $120). There is still no word on a western release for this yet, however.