Sega Ran Away With the Console Gaming Market in the 90s 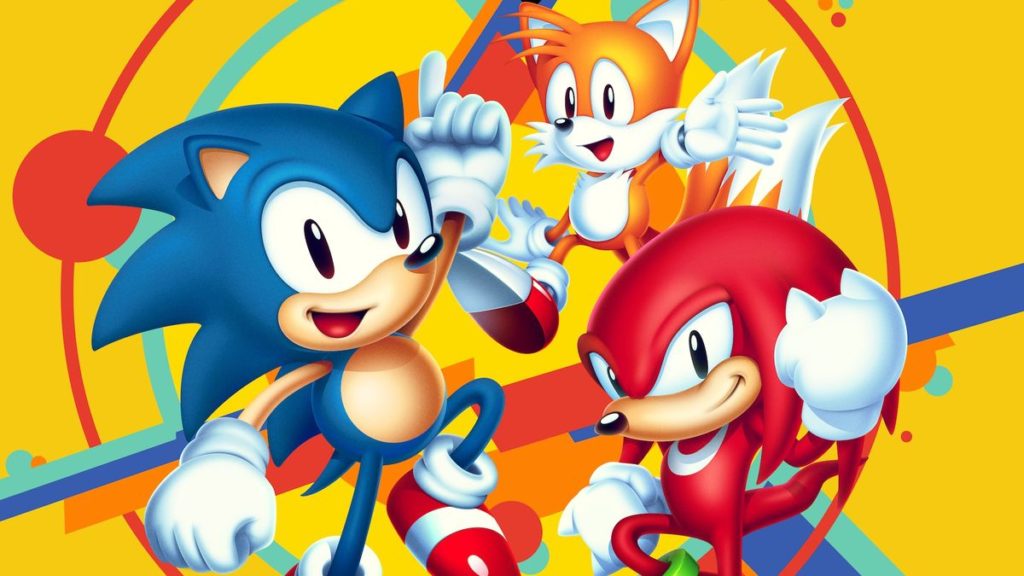 And it was in part due to a famous blue hedgehog.

If you grew up in the 90s, you probably remember all the shade Sega used to throw towards Nintendo via magazine ads and commercials. Sega billed itself as the king of the playground, the kid who stole your lunch money and used it to buy a snowy mountain worth of Fun Dip because they had not yet been introduced to harder stuff.

Sega first started to flaunt its attitude around the time Nintendo released the Super Nintendo Entertainment System in North America. Prior to the SNES’ release, Sega, who had already shown great success in the rebounding arcade market as the 80s came to a close, was ready to release its Sega Genesis (Sega Mega Drive in Japan) into the console market as video games rebounded from a crash earlier that decade.

This proved to be challenging due to the position Nintendo had already established as a goliath, with all the truly memorable games. Up until that point, Sega’s share of the console market hinged entirely on the less powerful Sega Master System (AKA the Mark III), and Nintendo was big about exclusivity among publishers, especially in Japan, which meant that Sega suffered greatly on the software side of things, despite having a console that was more powerful than the NES/Famicom.

With the release of the Sega Genesis a few years prior to the SNES, Sega was still lagging behind. A re-branding of sorts was necessary in order for them to establish themselves in the world market. Enter the world’s most well-known Hedgehog, Sonic.

Everything about Sonic screamed alpha badass, which was more than enough to propel the Sega Genesis to the top of the market just as the Super Nintendo was establishing itself in North America. Sega’s brash, aggressive advertising campaign, led by the perfect commander Sonic, was able to strong-arm a Sega Genesis under the Christmas tree of any family with a kid that had a reputation to maintain.

Sonic Was an Iconic Character, Surrounded by a Bunch of Idiot Sidekicks and Successors That Harshed His Mellow

Unfortunately, Sonic’s swagger could not be maintained at full stride forever. As the 16-bit era was closing out, Sega once again attempted the same early release strategy they had employed to launch the Genesis with their next-generation console, the Sega Saturn, in order to give it a head start against competitors.

The Sultan of mascots, Sonic, was lagging behind in the void created by all the auxiliary hardware such as the Sega CD, and the 32X, which intended to bolster the strengths of the Genesis and add new functionality and features. With each came another opportunity for a new Sonic game, which proved to be too much over too short a period of time.

While Sonic was stuck playing half-court with his new buddy Knuckles (who could barely cut it on the court, dude probably never even touched a basketball until he met Sonic) in the land of failed hardware expansions, The Sega Saturn was set to suffer hard under lack of a strong central mascot figure.

The Saturn was Sega’s Most Ambitious Console

But did it pay off? The Saturn had a strong showing in Japan, producing some of the most memorable games of the late 90s, but unfortunately, the outlook in the rest of the world was much bleeker. The Genesis thrived off pure attitude, and the mojo of its best-received mascot characters.

And the Saturn had some memorable characters too, like a Bug with less personality than Bubsy the Bobcat, the red racing car from Daytona USA, and whatever the hell that thing you play as in Nights Into Dreams is. While at least two of these were featured in great games, there was little opportunity for Sonic to shine on the new platform, and Sega started to struggle to push all the expensive hardware they had developed during the mid-90s, including the Saturn.

This was regrettable, because the Saturn produced stunning performance in 2D games, achieving much better performance than any other console around at the time.

In instances where games appeared on both the Saturn and its main competitor at the time, Sony computer entertainment’s Playstation, the standard was that the Saturn would more likely than not have the better version of 2D games like Mega Man 8 and Metal Slug, whereas the Playstation would be the clear winner when it came to 3D games like Tomb Raider, which were popping up in great numbers as gaming trends moved forward.

Even Capcom’s arcade fighters at the time, such as Darkstalkers, X-Men VS Street Fighter, and Marvel Superheroes VS Street Fighter had Saturn ports that were mostly identical to their arcade counterparts when paired with a RAM expansion addon (which was packaged with said games), while the Sony Playstation was not able to produce anything close to an accurate version of said games.

Although it had some key advantages, the advanced nature of the Saturn’s hardware at the time also unfortunately made it much more difficult to develop for, leaving game designers flustered and confused. Sega ultimately tried to do too much during the years transitioning between 16-bit consoles and 32-bit consoles. Their North American divisions and Japanese divisions had different ideas, and marketing on the North American side of operations was unable to maintain the image it had built for itself during the reign of the Sega Genesis as top dog.

By the time the Sega Dreamcast came around at the end of the decade to close out the century, Sonic was surrounded by a bunch of drooling dofuses.

With the addition of most of the cast of Sonic Adventure there to permanently sap Sonic’s natural ability to ooze attitude, the franchise took a turn towards trying to force the issue with cringy rock songs and edgy dialogue. The image of the character that once spoke for itself regrettably began to change from a general icon of mischief and badassery to that of a more subdued children’s playmate.

However, this change of direction was less impactful on the Dreamcast than it had been with the Saturn, due to showings in the software category that spoke for themselves.

The Sega Dreamcast was powerful enough to truly showcase Sega’s unparalleled aptitude for Arcade gaming on a home console for the first time ever.

The Saturn had already proved more than capable of producing near-arcade perfect ports of games with the addition of its RAM expansion cartridge, and the Dreamcast was able to replicate what were essentially exact ports of Sega’s arcade games at the time, as both the Dreamcast and the hardware architecture (NAOMI) used for their arcade titles were nearly identical. Games like Marvel Vs Capcom and Soul Calibur were able to shine to this regard.

The Dreamcast also experimented with online functionality as a key feature before most of its competitors. Phantasy Star Online remains a franchise that people still play twenty years later, and it started out on the Dreamcast. Bomberman Online was one of the best versions in the Bomberman franchise’s 30+ years on the market, also a Dreamcast title in North America, while Japan, China, and Korea had PC versions of the game.

Unfortunately, it was too late. The poor decisions surrounding hardware and inability to build off what they had created with the Sega Genesis had caused turmoil for Sega, and they exited the console market a few years into the new millennium, pulling the cord on the Dreamcast halfway through the generation despite it having a vastly superior showcase to the Sega Saturn.

While Sega has long since departed from the console scene, the Genesis Mini is the perfect opportunity for old dogs as new blood to relive classic Sega Genesis Games from the brand’s golden 16-bit days.

The Genesis Mini serves as a Sega Genesis emulator and runs some of the best hits from Sega’s time as top dog with near-perfect accuracy, including a few of Sonic’s first appearances. Unfortunately, Sonic 3 is not included, but those who are savvy enough can find a workaround to this minor inconvenience.

It is unknown if Sega themselves are likely to further embrace the retro market with additional hardware releases in the future, however, there remain many parties interested in giving old-school players the hardware solutions they need to play Sega’s classics from before the turn of the Century.

Analogue has released the Mega SG, a console that serves as an HD replacement for the Genesis, providing a way for gamers to dust off their Genesis cartridges and use them with a modern display. Terraonion recently announced their MODE, an optical drive emulator compatible with both the Saturn and Dreamcast which will serve as a replacement part for the CD drive of either system and give owners of the original console a future-proof way to play their games.

Thus, for many, the coming years will bring a chance for many to glance back at the past and examine some Saturn and Dreamcast classics they might have missed due to regional accessibility, poor supply, or just general lack of being in the know. 2020 seems like a good year for classic Sega.