SEGA’s Mascot Sonic the Hedgehog is Making a Big Comeback 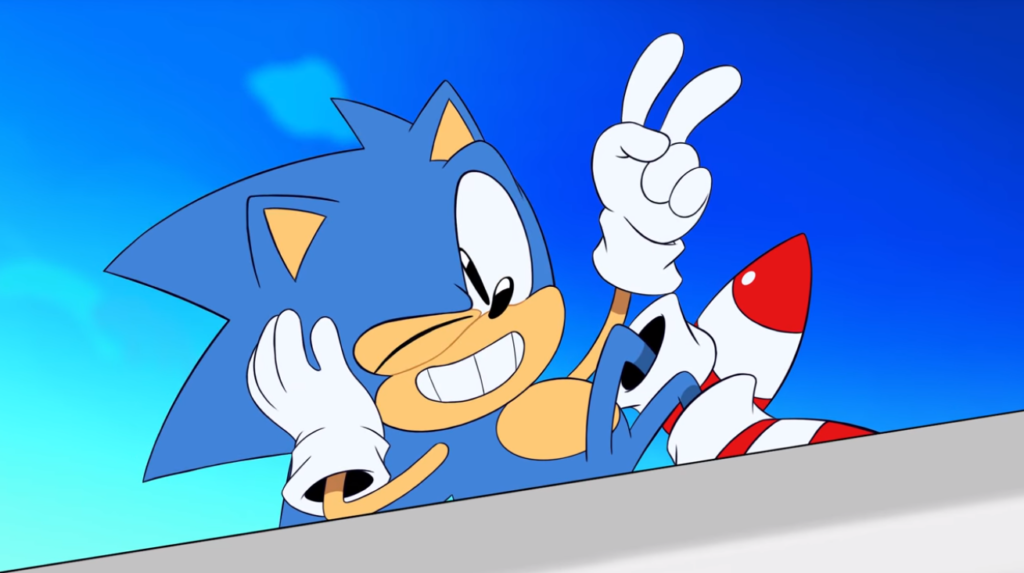 As games moved into the 16-bit era, there was suddenly a lot more depth and potential for characters to thrive as mascots. With this newfound depth, it was Sonic’s attitude that helped win over fans and brought personality to Sega’s brand as a whole.

While Nintendo was considered relatively tame and mild with Mario as their chief mascot, Sega’s marketing strategy was to create a character that appeared cool and appealed to the target demographic – at the time, pre-teen and teenage children. It was a direct attack on the image of Nintendo itself, and given the demographic, it was highly effective.

Sonic, however, did not win children over simply through mojo. Aside from his attitude, Sonic’s main trait is his ability to move at ludicrous speeds, which was the perfect accompaniment to the personality of the character to make him the alpha mascot.

Up until that point, there was no game that played anywhere near as fast, adding exciting gameplay to the table. Sega also marketed his speed as a processing gimmick of which it really wasn’t anything remarkable, but nonetheless, Sega’s snake oil proved to promote the popularity of the character even more.

Since his prime, Sonic has been in various different genres of games, made many new friends (few of which had anything to offer, sorry other Sonic the Hedgehog franchise characters), starred in several different cartoons that portrayed him in different ways – some even airing concurrently on different networks during the same time period, and now, he is back in the spotlight once again for his own live-action film. Let’s examine just how he has flourished (and failed) over the years.

It was very hard to own a Sega Genesis back in the 90s and not have at least one Sonic The Hedgehog game to go along with it. He was everywhere. Even if you didn’t end up with one of the consoles that came pre-packed with Sonic 2, it was hard to walk the streets without accidentally stepping on one of the numerous other games Sonic appeared in.

There were three main Sonic games on the Genesis alone, each doing what the previous one did just a little bit better. On top of that, you had memorable spin-offs like Sonic Spinball and Dr. Robotnik’s Mean Bean Machine, each of which branched out into different genres.

Then, of course, you had Sonic and Knuckles, an experimental add-on piece that allowed you to attach other Sonic games such as Sonic 3 and play through altered versions of them.

If you take into account the superfluous console add-ons Sega pushed out around the middle of the decade, you have Sonic CD for the Sega CD and Knuckles’ Chaotix for the Sega 32x before even leaving the 16-bit era.

Although the console add-ons themselves weren’t too, most of the diehard sonic fans would place Sonic CD in the top 5 Sonic games of all time, one of the extremely limited saving graces for the Sega CD.

It paired a swinging contemporary soundtrack with a new twist on the fast-paced gameplay the Genesis titles offered that allowed Sonic to travel through time and experience different versions of each area. Sonic CD even featured two different soundtracks – one for the Japanese version, which was more in line with the previous games, and one for the American version, which tried to incorporate musical stylings that were popular at the time. Of course, both are equally appropriate and have their own charms.

It was after the 16-bit era that Sonic began to fall off. He was almost completely absent from all things Sega during the days of the Sega Saturn. It wasn’t until the end of the decade when he came back on the Dreamcast in Sonic Adventure, his first 3D title. While the game still worked rather well, none of the additional characters were ever nearly as memorable as Sonic’s two oldest buddies, Tails and Knuckles.

For the next decade or so, the Sonic franchise made the mistake of mostly pursuing 3D style gameplay, and doubling down on lackluster side characters. In 2017, in a creative decision that gamers had been waiting for for 2 decades, Sonic Mania brought Sonic back to simpler, flatter times once again. For the most part, the 3D Sonic games were never awful games per se, they simply failed to provide the best outlet for the unique, fast-paced gameplay Sonic has brought to the table since day one.

At the height of his popularity, Sonic appeared in several morning shows aimed at kids. One was Adventures of Sonic the Hedgehog, a light-hearted attempt at a weekday morning Sonic cartoon that filled many of the similar cliches and tropes that cartoons of the time period typically did.

Adventures of Sonic the Hedgehog fit the visual style of the character more closely perhaps, keeping it simple and game-like. The show did have its oddities – like for example, Sonic’s love for eating Chili Dogs, which became a de facto signature of the character from that point on.

The Saturday morning production Sonic the Hedgehog was a darker cartoon, perhaps more appropriate to the personality of the character, but visually less so. It was one of the first attempts at adding a vast cast of supporting characters to the franchise, many of which do manage to fit marginally better than the less-than-impressive cast of sidekicks Sonic picked up during the ’00s.

This iteration of Sonic the Hedgehog was adapted into a comic book series published by Archie comics and shared a favorable response among fans for many years, despite a short less-than-stellar run on television of only two seasons, totaling 39 episodes.

Sonic X was an attempt at a Sonic anime series that ran in Japan for a year spanning from March 2003 till April 2004. The show featured scenarios that were more likely to be found in western cartoons than anime and largely failed to meet the mark in Japan despite decent animation and art.

Fortunately, it was once rather successfully localized for North America a few years later. Though the character was no longer explosively popular in his video game appearances, he has remained a well-known icon throughout the years, in part due to shows like Sonic X that managed to keep him relevant in darker times.

Sonic came back into the spotlight in 2019, when the trailer for the 2020 self-titled Sonic the Hedgehog film, starring Ben Schwartz and Jim Carrey surfaced. The project had doubtful prospects from the day it was announced and left fans skeptical about how the hedgehog would transition on to the big screen.

The initial trailer confirmed the suspicions of the fans, as CGI sonic was a few chili dogs short of an iconic video game hedgehog mascot, to say the least. The backlash was met with an overwhelmingly positive response by the studio in charge of the film, and a much more suitable mock-up of the hedgehog was rendered for the film’s debut.

Sonic the Hedgehog has received generally positive reviews from fans old and new alike, many of which praised the quick turnaround on the character’s re-design in light of public backlash. What are the chances the original trailer was a publicity stunt and Sonic had always been at his best? We may never know.

The film has definitely put Sonic back in position to score big, though. A sequel is surely inbound, and with the popularity of retro gaming maintaining a steady level, perhaps we will see more of Sonic at his best in the near future.