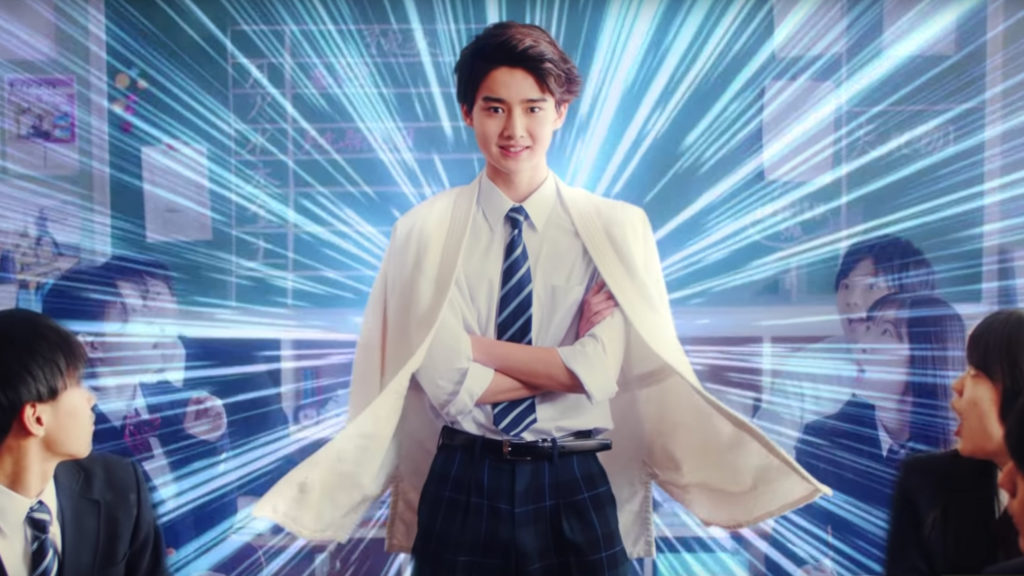 This is literally so perfect. Sega is celebrating its 20th anniversary this June, and to kick things off they’ve introduced a new ad campaign starring “Sega Shiro” aimed at teaching people about the storied video game maker. This is an obvious reference to the Sega Saturn mascot Segata Sanshiro, both in terms of name but also in the way he surprises people with his presence. Sega has even taken it a step further by casting Maito Fujioka, son of Hiroshi Fujioka who portrayed Segata Sanshiro in the original ads (and also the original Kamen Rider in the 1970s). The only real difference here is that Sega Shiro is non-violent and just pops in to speak his catchphrase “Sega Dayo!” or “It’s Sega!”.

All of the people I work with directly here at OTAQUEST can tell you that I’ve found some way to bring Segata Sanshiro up in every conversation about Sega we’ve had since last year. Although he wasn’t the mascot in America when I had a Sega Saturn, with the advent of the internet I was introduced to his exploits pretty early on, and I’ve always found it to be one of the funniest and most engaging series of video game ads ever made. If you’ve never seen them, take a look at this collection that was compiled & subtitled by Saturn Memories:

If you’re still lost, Segata Sanshiro basically punishes people for enjoying activities that aren’t playing Sega Saturn. His name phonetically sounds similar to “セガサターン、シロ! (Sega Saturn, Shiro!)” or “Play Sega Saturn!”. The culmination of his character came when he saves Sega’s headquarters from a missile by propelling it into space, signaling the end of the Sega Saturn era and the beginning of the Dreamcast Era. Now, more than 20 years later, Sega Shiro is on the scene to take up some semblance of his mantle and make sure that people are aware of Sega in the modern age.

His first appearance centers on him appearing suddenly with a radiant light glowing behind him announcing “Sega Dayo!”, interrupting people as they discuss what the next big thing will be. The commercial ends with his theme song after a student asks “What’s Sega and who are you?” The lyrics in the commercial have their own play on his name with the use of “知ろう (Shirou)”, which can be translated as “let’s learn” or “know it”. It doesn’t give us a ton of background on the character, or if he’s actually related to Segata Sanshiro, but this is only the first of what’s bound to be many commercials leading up to the June 3rd anniversary of the company. I can’t wait to see where they go with it, and I would absolutely love it if they tie Segata Sanshiro into things in a direct way. If that happens I think the only thing that Sega could do which would make me happier is releasing an English port of SegaGaGa.