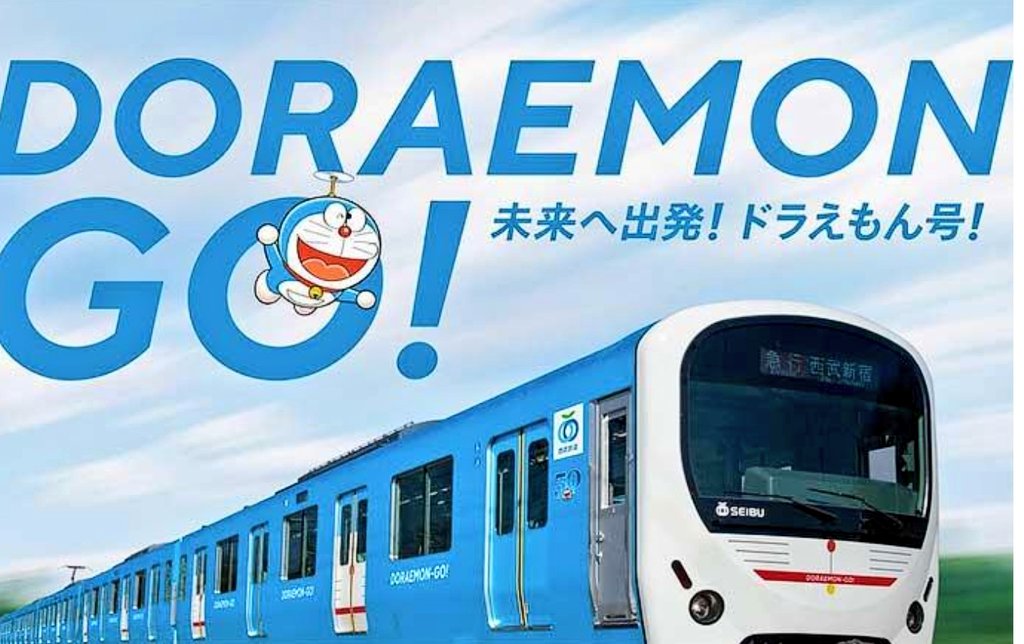 If you’ve been to Japan or watched a documentary about here or have seen photos from here, there is one thing that you’ve probably taken from them is that Japan has lots of trains, and with lots of trains comes lots of train companies and railways. There are a number of train companies in Tokyo alone ranging from JR EAST, Keio, Odakyu, Keisei, Keikyu, Tokyu, and Seibu. Each of these companies operates their own trains and some even operate their own exclusive lines, where some share lines with each other.

With so many different trains, there’s bound to be some collaborations right? Of course there are, JR EAST has been a huge fan of Evangelion and making their Shinkansen look like the Unit-01 EVA and the newest is Seibu outfitting their trains to look like Doraemon in promotion of the upcoming Doraemon Stand By Me 2 movie releasing on November 20th. 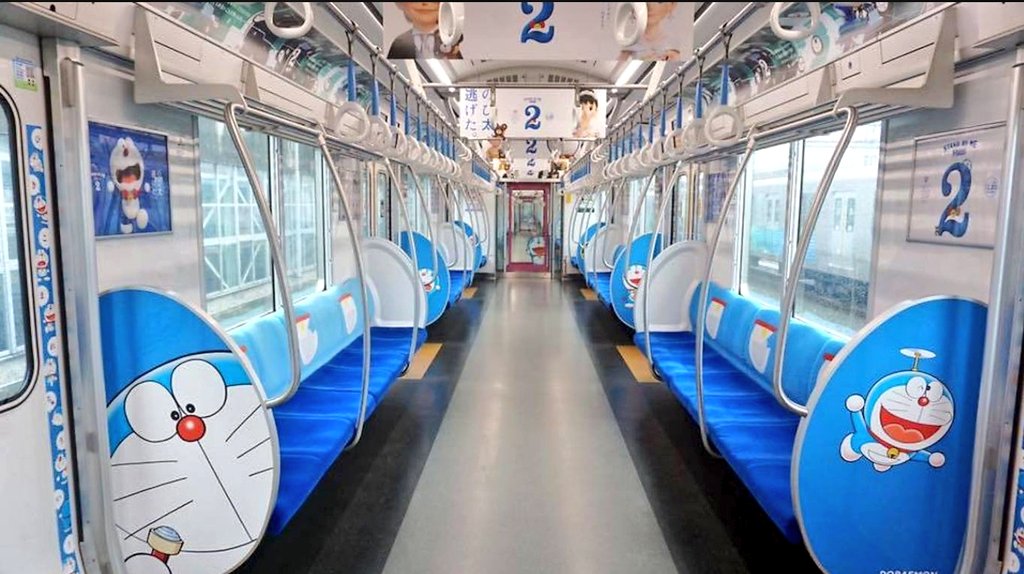 Starting today, Seibu Railways outfitted their trains which run through the Shinjuku, Tamako, and Hajima areas in complete Doraemon dressing. From the exterior to the interior, it is all Doraemon, all the time. Just the way I like it. The outside of the train is wrapped in Doraemon blue with the front of the train resembling his face all the way down to his whiskers and collar. Where the inside of the train has had the seats completely reupholstered with Doraemon’s pouch, blue seats, and Doraemon himself front and center on the end caps of the seats. 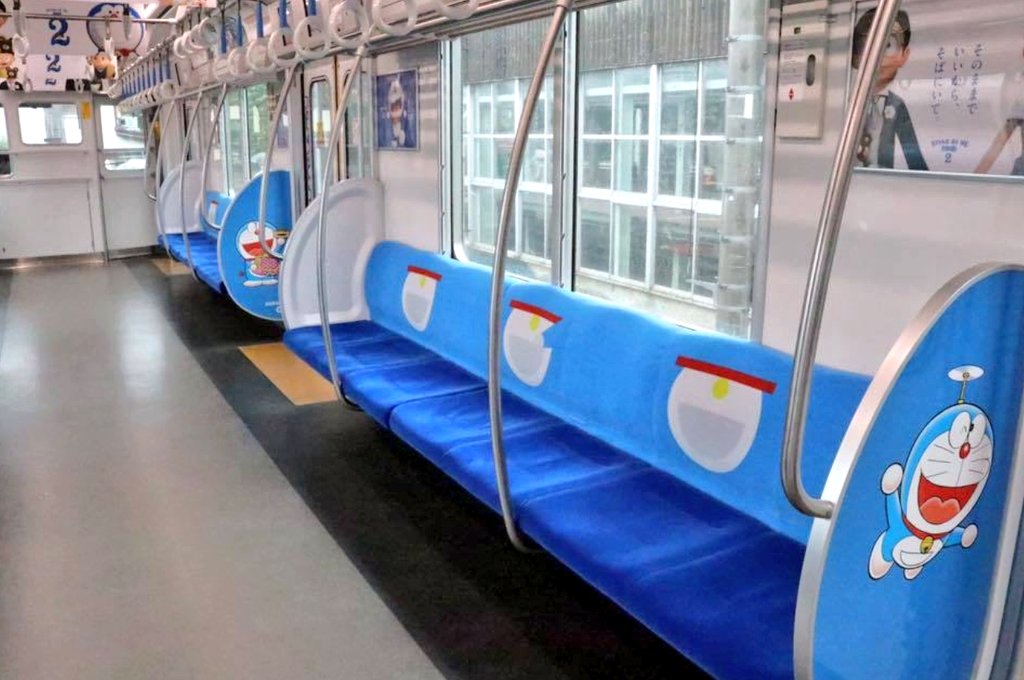 There is no announced end date to when the Doraemon trains will be running in and out of Tokyo, but I would guess that they’ll be around until the movie starts playing in theatres a month from now. I get pretty excited about anything Doraemon, but the Seibu line is a bit far from me (in Tokyo terms of “far”), maybe I’ll make a trip out to that area this weekend to go check it out and see if anything else is different than what I can see from the pictures.