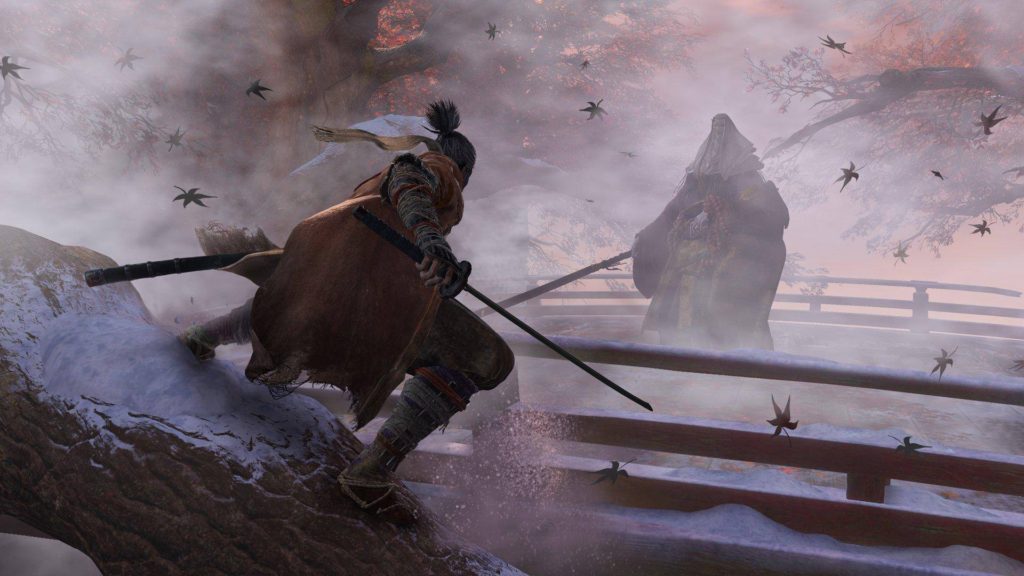 From a consumers point of view, the annual Gamescom event always comes around as a moment of bliss. Not only does it offer a slice of the gaming conference fun to Europe for once, but it also stands heads and shoulders above the likes of E3 because of the focus it places on the games themselves instead of the equally-critical marketing aspect.

Perhaps most important to myself, however, this year offered a special opportunity for fans of FromSoftware, creators of Dark Souls and Bloodborne, with a demo build of their upcoming game Sekiro: Shadows Die Twice available for attendees to play. Although many were excited about the game, no one expected how excellent the demo would truly be until they got their hands on it – something that would lead to the title receiving the prize for “Best Action Game of the Show”.

The reveal trailer during the Microsoft Conference at this year’s E3 already showcased the spectacle of grappling, but how the studio has implemented the grappling hook into gameplay is revolutionary. FromSoftware has never really changed the core gameplay of their games since the cult-hit Demon’s Souls, and although Bloodborne upped the speed, Sekiro is the first game from the studio in a long time that feels fresh and original. Now, instead of being stuck on the ground engaging enemies, you can choose to engage them from above, in mid-air, or even not at all by sneaking across the rooftops.

The grappling hook also plays a key part in combat as well, as you can use it to grapple onto enemies to break the flow of action by jumping atop their heads. Embedded into our protagonist’s prosthetic hand, the hero has a lot more tricks up his sleeve than that though, with a shuriken, flame cannon as well as a hand axe function all on display. All of these abilities can be switched on the fly during combat, feeding into intensely fast and furious engagements that echo that of Bloodborne, but in a more much fluid and dynamic manner because of the need to chip away at an enemy’s stamina, and not at an arbitrary health bar.

Combat in this game is yet another breath of fresh air as compared to other titles, as the game’s stealth system is much more robust than previously expected. Like any other action-stealth game, you can crouch walk to approach silently, hide in tall grass, and even hug walls. Seeing such a system in a FromSoftware game is surprising at first, but despite their lack of experience with such a system, it seemingly works perfectly. As a result, players can switch up what they choose to do in-game and not just continue on an incessant string of combat engagements – a mechanic that keeps gameplay fresh and interesting.

With all that being said, however, many issues surrounding the game still need to be addressed. Chiefly of which is the issue of replayability – FromSoftware has previously announced that there will be no PvP or leveling up in the game, an announcement of which has drawn mixed reactions from fans. After all, all three Dark Souls games were kept alive well after launch by an active PvP community as well as the possibility for multiple different styles of playthrough, so the studio’s decision in this case only seems to hurt the game’s chances post-launch.

All that aside, its hard not to be impressed by the current state of Sekiro: Shadows Die Twice. It’s fast, it’s stealthy, it’s vertical – but most of all, it’s different. FromSoftware have finally been liberated from their Dark Souls series, and now they are free to pursue new creative ideas. The result of which is what professional lore scholar and all around community legend VaatiVidya refers to as “the most polished demo build I’ve ever played from FROM.” And we’ve still got seven months to go.