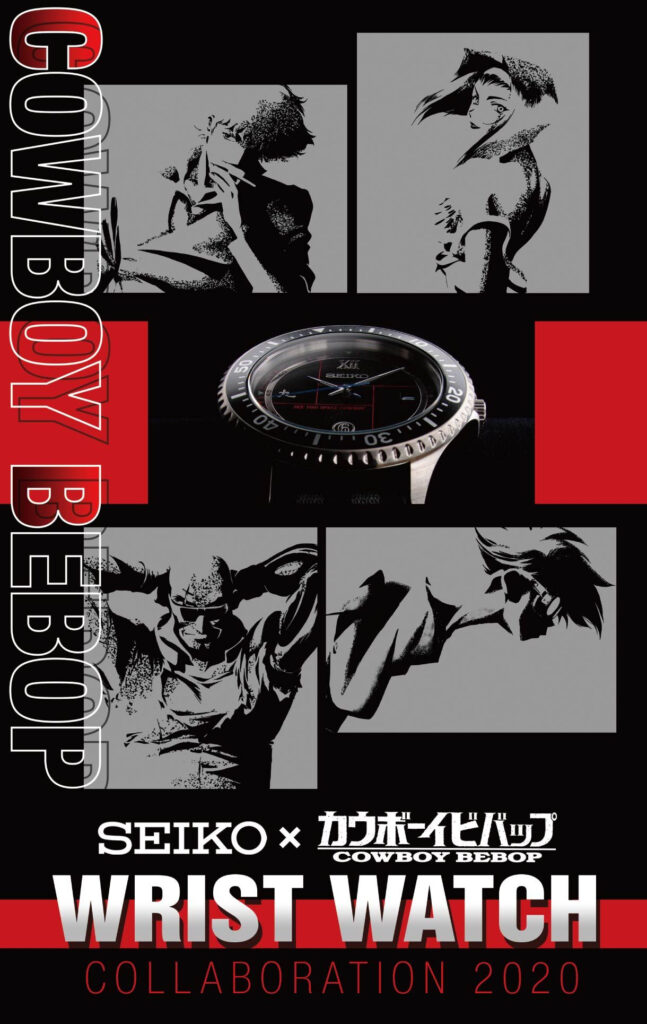 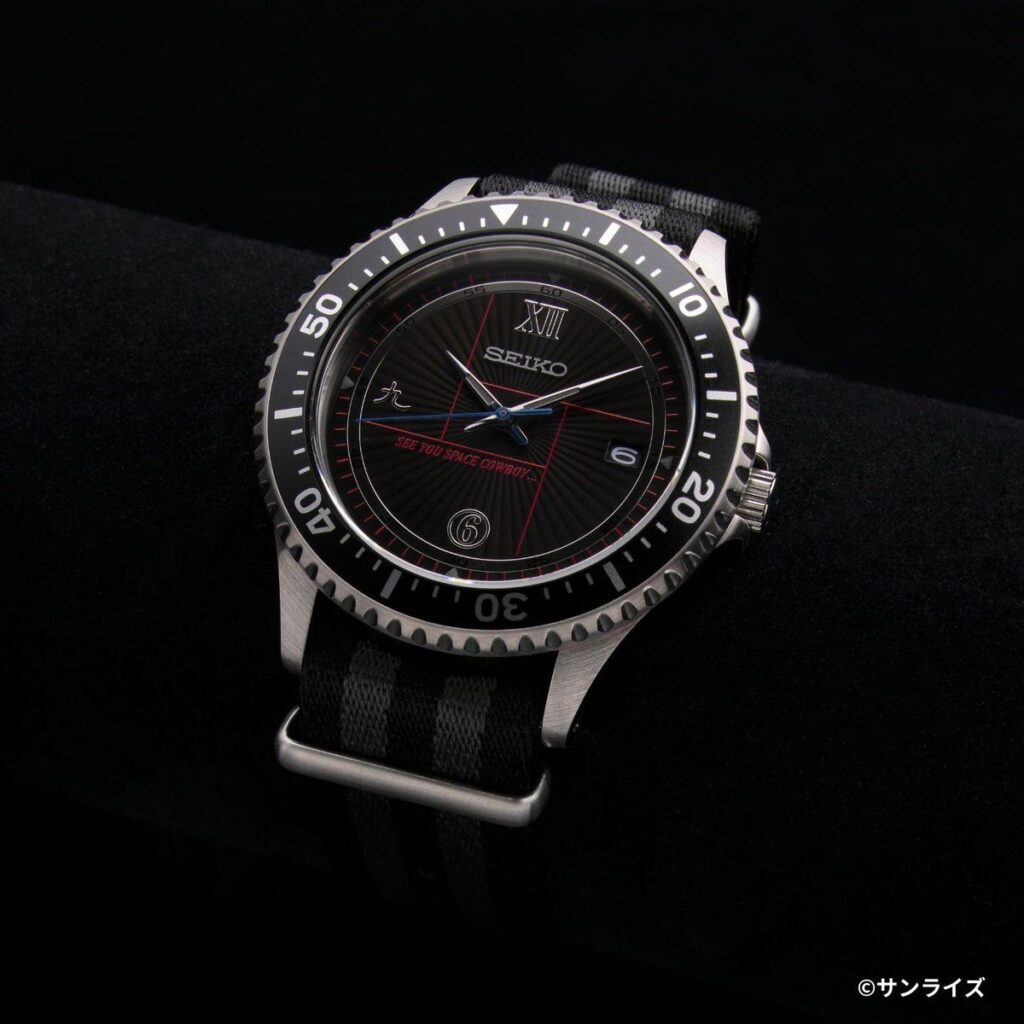 We actually wrote about a watch similar to this one several months ago, but we didn’t include a website address, which we now have here. That watch was supposed to have shipped in January, but they are now accepting orders for this one.

So, maybe that watch was probably delayed for some reason. Or maybe this is a second run of the same watch (which doesn’t seem as likely, but the website doesn’t specify either way). But if you watch Cowboy Bebop reruns, you might like a rerun Cowboy Bebop watch.

In any case, the watch dial has three types of numbers on it: an Arabic 6, a Japanese/ Chinese 九 (9), and a Roman XII (12). According to Seiko, these represent the diversity of cultures found in the Cowboy Bebop universe.

The face also has a pattern which seems to be based on the show’s jazzy opening. It also brings to mind the space gates seen on the show. The dial also features the See You Space Cowboy motto seen at the end of a lot of episodes. 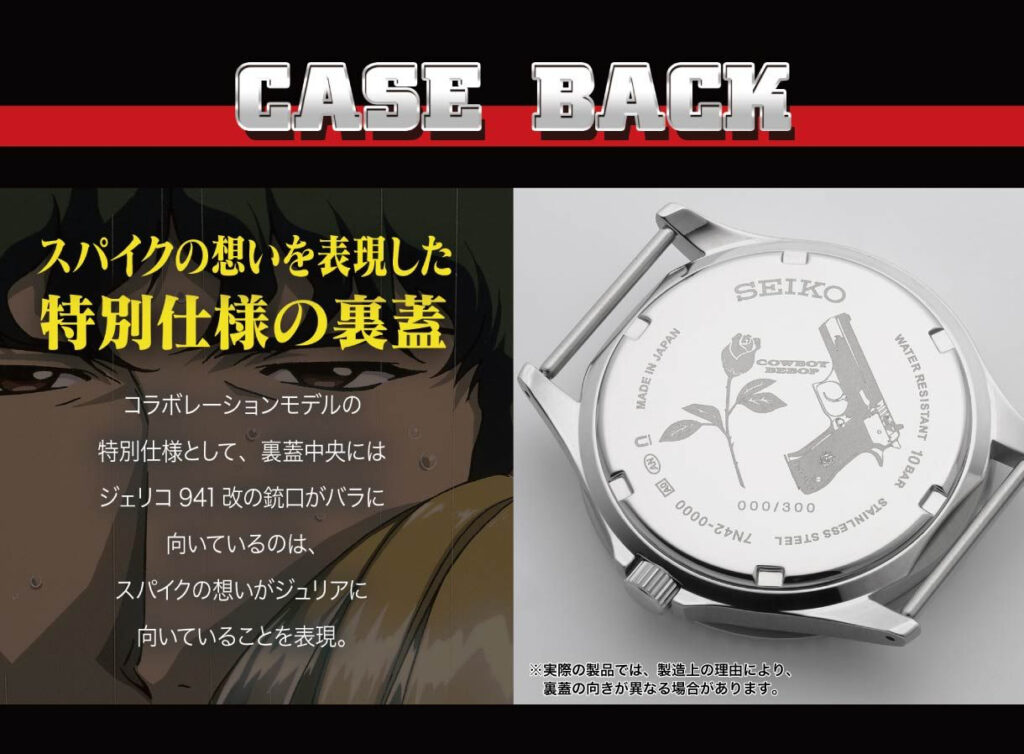 The back of the watch features Julia’s rose, Spike’s gun, and the limited-edition serial number. The nylon wristband is a very subtle, fashionable black-and-gray color.

And it comes in a nice-looking plush case with the Cowboy Bebop logo. Not that you’re going to want to keep it in the case.

The price is a little steep: 36,300 yen, with tax. But it is a Seiko watch. Also, they say that they will only make 300 of these watches, and they will only accept orders from now through 14 February.