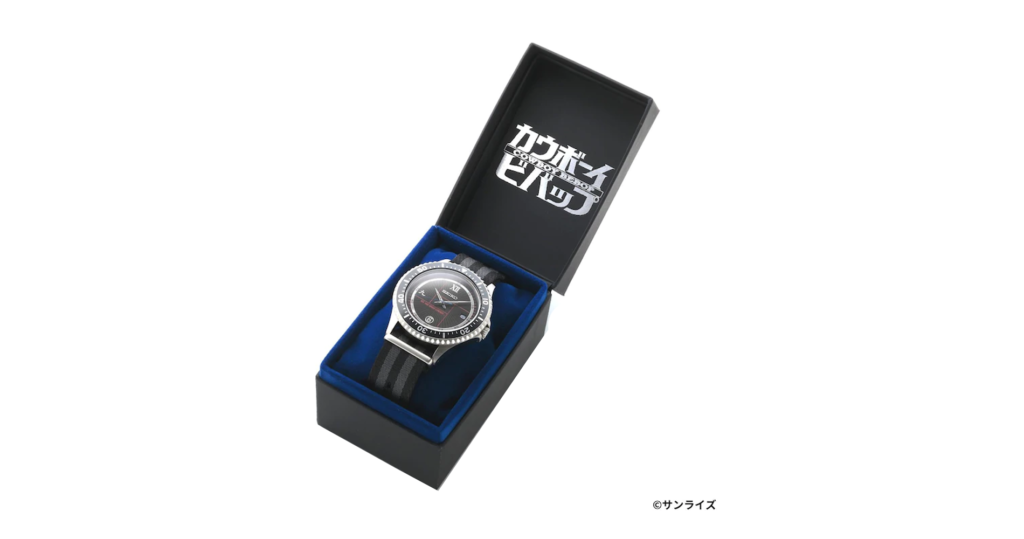 It’s something of a myth that nobody knows about Cowboy Bebop in Japan. It’s true that its surprise popularity in America is what’s given the series it’s longevity and now it’s upcoming Netflix live-action adaptation. However, Cowboy Bebop: The Movie was in development well before the series’ seminal Adult Swim run. It has its fans in Japan like everywhere else and still gets the occasional fanfare this side of the pacific. Last year saw a Bebop pop up shop take over Akihabara for a set period of time. Now, high-end Japanese watch manufacturers, Seiko are coming through with a Bebop inspired watch you can wear anywhere. 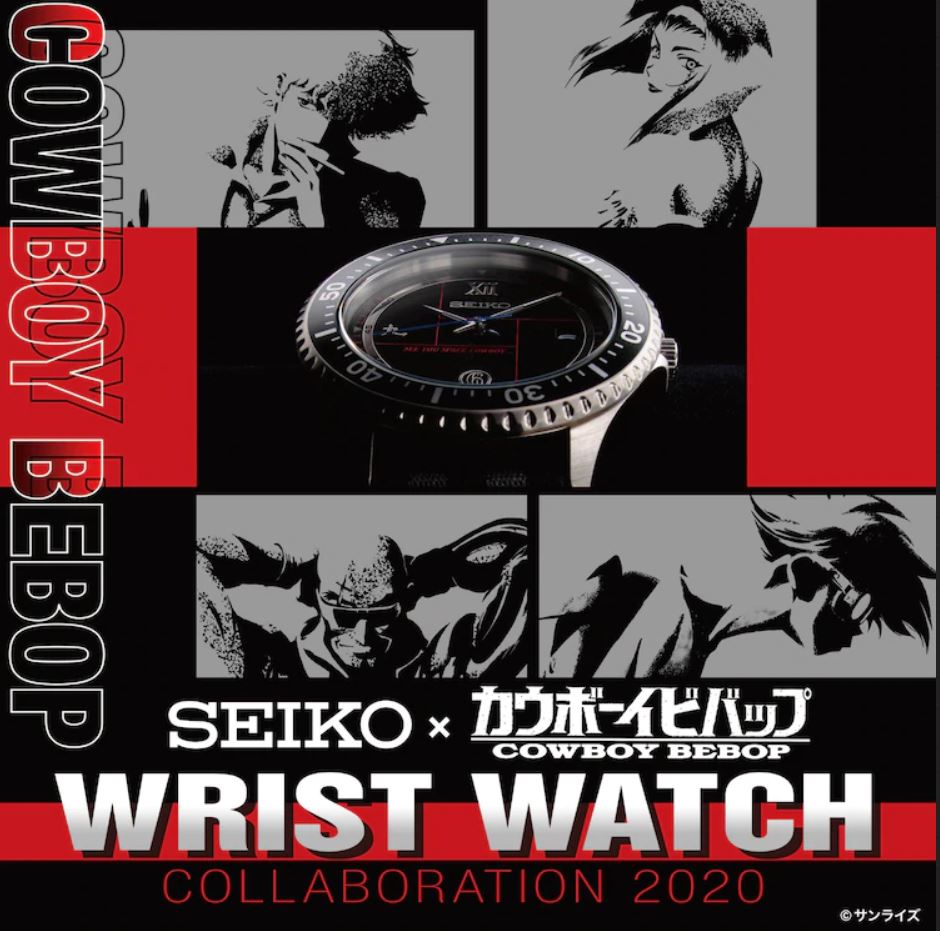 At first glance the Seiko made Cowboy Bebop wristwatch looks like any old watch, but there’s actually a bunch of subtle nods on both sides. The 6, 9, and 12 are all written in different languages which is, according to Seiko, meant to represent the diversity of the show. Radical lines and the grid plane adorning the face calls to the legendary opening of Cowboy Bebop. The back’s imagery, you can clearly see for yourself. Of course, small as it may be, the hallowed phrase ‘See You Space Cowboy’ also finds itself on the watch. 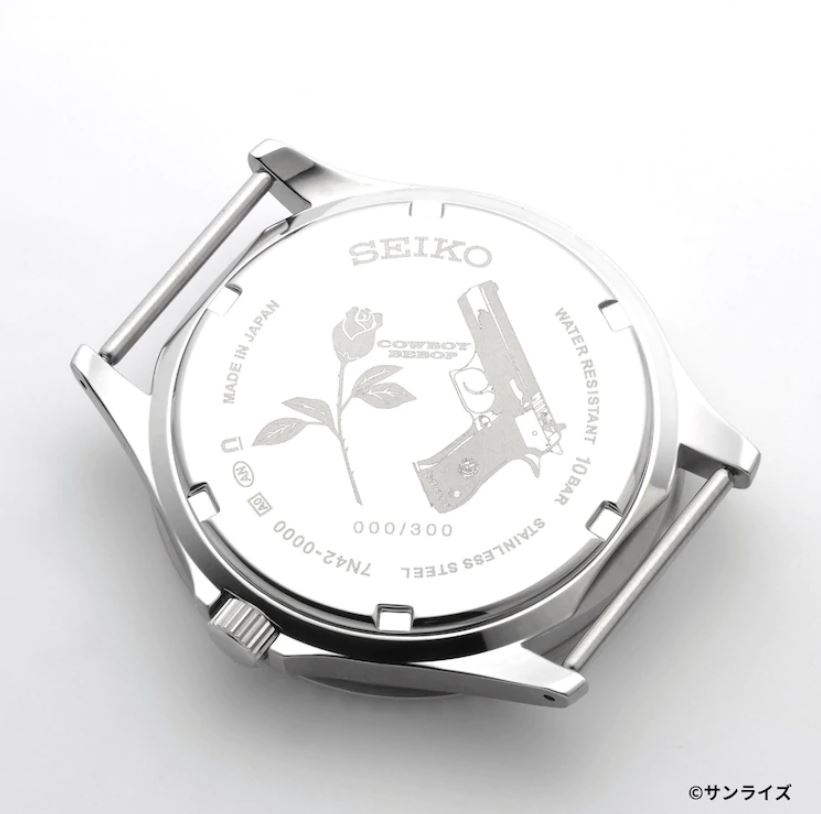 Supposedly only 300 of these will be made and retailing at a pricey but kind of bearable 36,000 yen, enough fans will be interested to snap this one up quickly. You have other, cheaper, anime watch options out there but not many of them are going to be office environment and fine restaurant friendly. Not wanting to sink 350 bucks into a watch, plus whatever import fee, is totally understandable. However, we do think Seiko did a fine job with the design on this one. We often praise more subtle anime-inspired fashion that can, you know, be worn in public but this piece really can fit any situation.