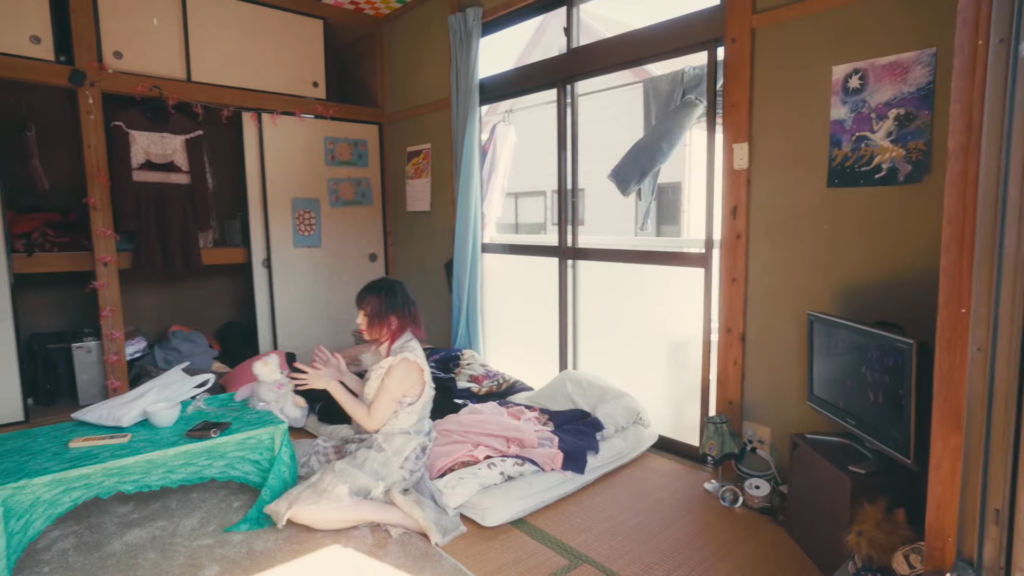 Honestly, I don’t know if music video or short film is the more appropriate term to call Seiko Oomori’s newest PV. It’s called a music video on her YouTube channel though, so I’m going with that. The ever-prolific and ever-evolving Seiko Oomori is back yet again to bring us more of that one of a kind ‘I’m just going to do whatever the hell I want’ charm. As usual, she’s been keeping busy whether Oomori’s up to idol antics with her newly formed ZOC project or working on anime openings. This new track ‘Re: Re: Love’ , the intro track for her newest release ‘BOYZ&GIRL’S盤’ which will also feature said anime opening, is all classic Seiko Oomori.

As I said, this is practically a short movie. It seems to have been filmed all by drone and the first seven and a half minutes was done in a single take. While the last few videos from the prolific ‘anti-idol’ Seiko Oomori have been high-budget productions well worth checking out, there’s something absolutely touching and real about what they’ve done for ‘Re: Re: Love’. The guy in the video is Kazunobu Mineta from the legendary Japanese punk band GING NANG BOYZ; a clear influence of Seiko Oomori as well as the likes of recent favorite Haru Nemuri.  He features on the actual track as well, of course.

Seiko Oomori goes back and forth from making lavishly produced idol tracks to her just screaming her head off strumming an acoustic guitar. ‘Re: Re: Love’ features a little more instrumentation than that but it’s very clearly Oomori doing her thing. Enlisting Kazunobu Mineta to make this song with her was a great choice because he’s also famous for shouting, yelling, and getting buck-naked during performances. The song exudes pure chaotic energy and catharsis over its long run time. If you’re having a terrible day and need something to exorcise that negative energy, this one is for you. No, the song itself doesn’t run the full 10 minutes of the video in case you just want to peep that track.