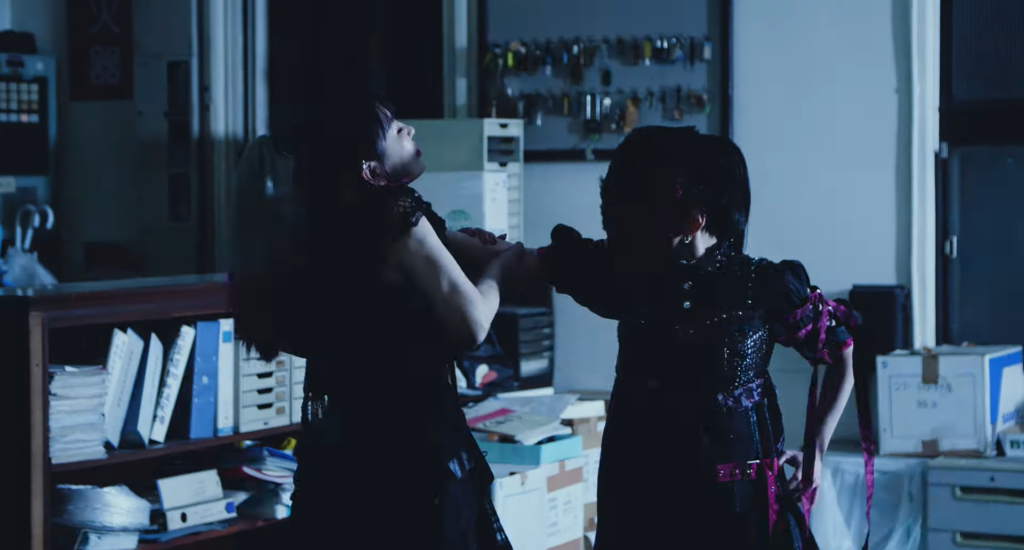 Good on Seiko Oomori for landing an opening track on Shonen Jump’s Black Clover. She’s one of the hardest working and prolific people in Japanese music today. The anti-idol queen deserves all the success in the world. Oomori releases at least one album a year and often writes for other people too. Recently, she’s even launched a new idol group in which she herself is a member; ZOC. That hasn’t stopped her from working on her solo material, however. While the song itself has already debuted, Seiko Oomori just released an intense and edgy PV for Black Clover’s ‘JUSTadICE’.

Our resident Japanese music die-hard already published a write up of ‘JUSTadICE’ itself so I don’t feel like I have to add much more about the track other than ‘it’s a good’n.’ The video swings back and forth between Seiko Oomori performing the song with her band and wilding out with dancer Riko. The dance segments are particularly engaging as they feature Oomori and Riko flailing around, slamming themselves into the floor, and generally giving 120%. Oomori’s never one to shy away from elaborate outfits either as she wears a number of them all featuring crimson red and black. The video also features a small making off segment at the end.

Seiko Oomori never rests. ‘JUSTadICE’ is the singer/songwriter/idol/anti-idol’s second contribution to anime music; the first being fellow Shonen Jump sibling Food Wars! While she’s not so much known for her vocal range, Oomori’s emotive ability may be second to none. Whether you listen to her earlier acoustic work or her majorly self-composed poppier material, her edge has not dulled a bit. Her fanbase is largely comprised of women who relate to her emotional displays and is inspiring a new generation of talent like Haru Nemuri.

If you haven’t listened to her yet, you can check out Seiko Oomori’s ‘JUSTadICE’ video now.