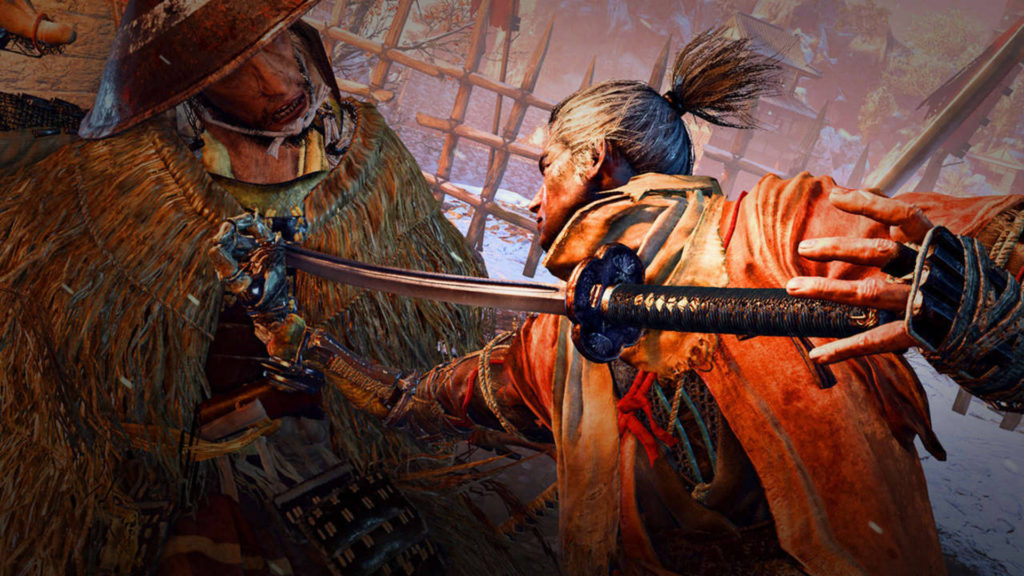 Tokyo Game Show is always a great time for fans of Japanese games, and its already shaking up to be yet another excellent year; a wide spectrum of publishers coming to the event with an entire catalog of great titles. With that being said, no title has me more excited than FromSoftware’s upcoming shinobi action adventure game Sekiro: Shadows Die Twice, which received a new trailer during the conference that only has me more eager to get my hands on it.

Considering the creative stagnation from the developers towards the end of the Dark Souls series, many fans were hoping that this new title would allow the team more freedom to develop new ideas. And while previous trailers have served to emphasize how different the game is from the studio’s past work, this trailer sees some familiar tropes working their way into the upcoming title.

I’m talking, of course, about the giant bosses that are prominently featured in the second half of the trailer. It’s reassuring to see that bosses will be back, especially since FromSoftware has always had a knack for crafting challenging yet memorable encounters. Some of the bosses glimpsed are a foe that fights while balancing on a suspended wire, a mammoth foe with lots of arms, and an absolutely huge monkey that comes hurtling at the protagonist at the end of the trailer with devastating effect. Fans have already noted the environmental storytelling present on the monkey’s body, as it bears a massive scar around its mouth, as well as a sword lodged in its throat and some kind of fungal infection emerging from the sword wound – suggesting that this monkey has a lot of history that we will hopefully be able to uncover.

Another boss glimpsed in the trailer was what looks to be a tall humanoid wielding a polearm which they use to already devastating effect before splitting into three – forcing the player to fight three bosses simultaneously. This reminds me a lot of the Pontiff Sulyvahn boss from Dark Souls 3, who also splits into multiple versions of himself, and is particularly interesting because it confirms that Sekiro will feature some more supernatural elements alongside it’s more grounded presentation. To be honest, I never bought for one minute that FromSoftware was making a simple shinobi game, and just like how Bloodborne turned out to be about much more than hunting, these supernatural elements suggest that Sekiro may be more than meets the eye.

Furthermore, we get to hear quite a lot of lines from what fans are assuming to be the protagonist, Sekiro which also is further reinforced through the editing of the trailer. Not only does he have an awesome voice, but if you listen closely, his voice sounds very familiar. Who will be playing the role of Sekiro has yet to be confirmed, but many are speculating based on the voice in the trailer that it is Hiroaki Iwanagi – none other than the voice actor for Guts in the more recent adaptations of Berserk. This would definitely make sense for the studio, as director Hidetaka Miyazaki has always been influenced by the Kentaro Miura’s dark fantasy series. So if it does indeed turn out to be Iwanagi, then that surely is a dream come true for the developers.

All in all, things are shaping up nicely for Sekiro as FromSoftware both break free from their recent development history, while sticking to what they’re good at. The game will launch in merely 9 months and is already available for preorder. I can’t wait to get my hands on it.