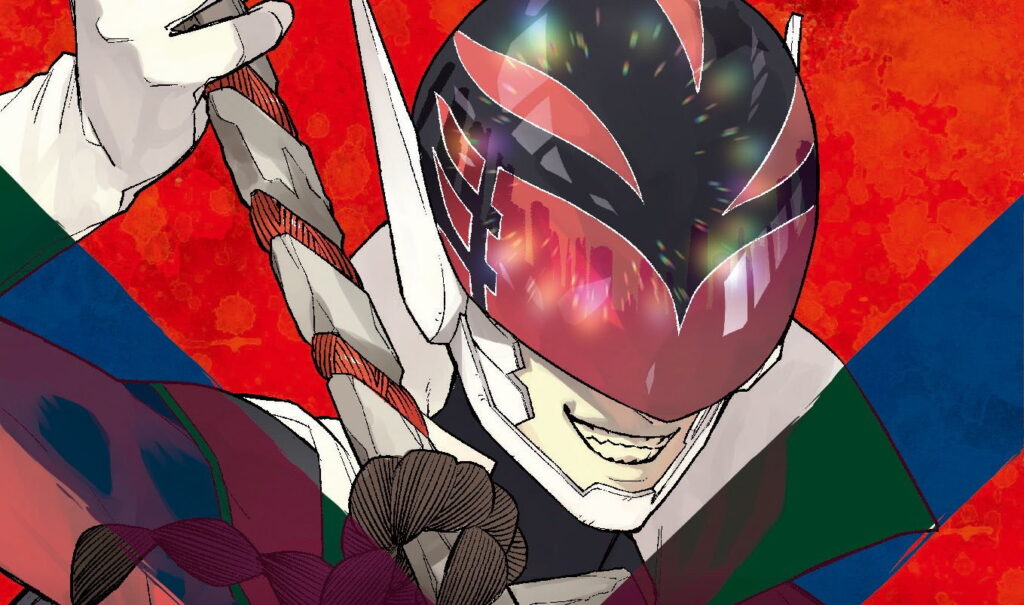 After the phenomenal success of The Quintessential Quintuplets (5toubun no Hanayome), all eyes were on Negi Haruba’s new series Sentai Daishikkaku (Ranger Reject) to see if it could repeat this performance.

Unfortunately, you don’t get to make a manga that spawns two TV series, an upcoming anime movie, and a mountain of merchandise (including a game) and then just sink into obscurity! Weekly Shonen Magazine was also more than happy to have Negi Haruba back in the fold, promoting the series heavily up until its release. And while there are problems, Sentai Daishikkaku volume 1 makes it more than clear that it was more than worth the hype.

If you’re a fan of such tokusatsu shows as Super Sentai or Kamen Rider, chances are that you cheer for the victory of the forces of good over evil, but have you ever spared a thought for those that the titular heroes fight? How must it feel to lose week in, week out? This is the question that Sentai Daishikkaku explores, taking on the form of an anti-hero story that is somewhat unusual for the shonen demographic.

Picture the scene. It’s Sunday morning, and the town is abuzz with the event that lights up the skyline every week: the showdown between the Divine Dragon Keepers and the monstrous kaijin that threaten the very existence of humanity. Adults and children alike pack the seats of a specialized stadium and crowd around their TV screens, wondering what will happen this time. 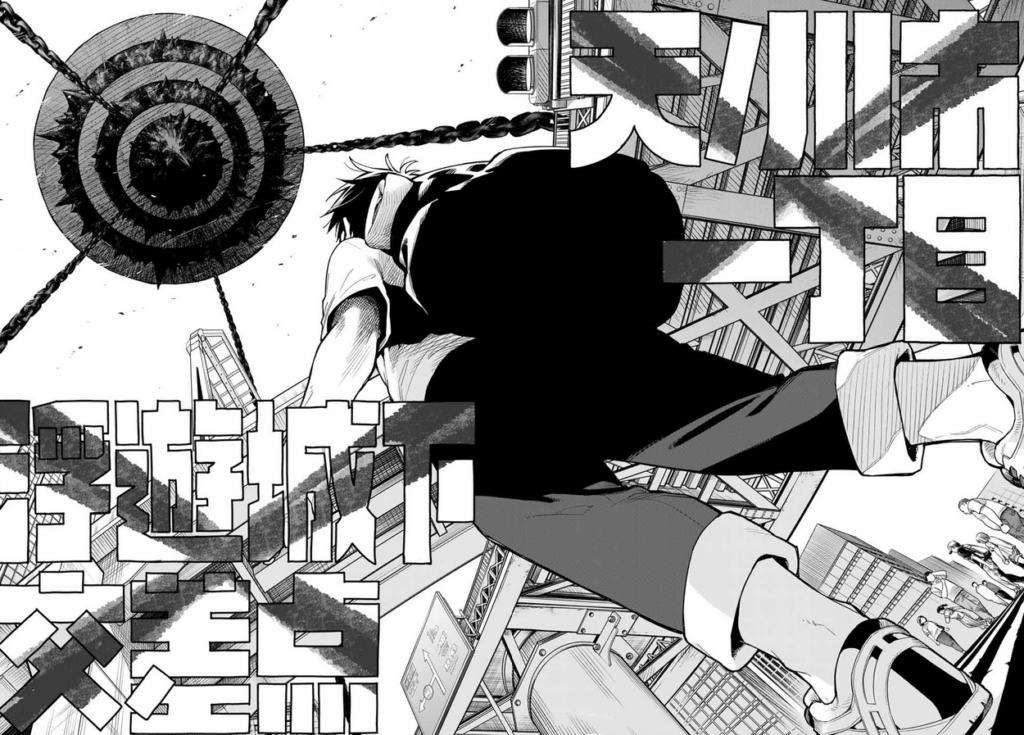 Yet, up in the imposing Castle of Evil that floats above the city, discord reigns. The villains wrack their brains for some sort of new monster idea, having repeated this same rigmarole for the past thirteen years. Their motivation to do so is at rock bottom, too, considering that they’re sitting close to 1000 matches, 1000 losses. Can they ever truly win?

Eventually, someone comes up with the idea of doing some sort of tiger, but their hearts aren’t really in it.

Such is the first chapter of Sentai Daishikkaku, which introduces us to a world where tokusatsu battles have become commonplace. Furthermore, each and every facet of this setting makes it clear that this is a labor of love for Negi Haruba, from the bold typography to the fact that many tokusatsu do actually air on Sunday morning. Undoubtedly, he has many fond memories of waking up early to catch them as a child.

Unfortunately, where Sentai Daishikkaku falls down is the sheer amount of exposition it delivers to establish this setting. Chapter 1 deals not only with the mundane nature of the Sunday showdown and the villains’ existential crisis, but also the fact that their higher-ups were killed one year ago; hence why they have to come up with their own monsters instead of just sending out someone powerful. It’s quite a lot to take in, to be honest, requiring several rereads for the purposes of this review. 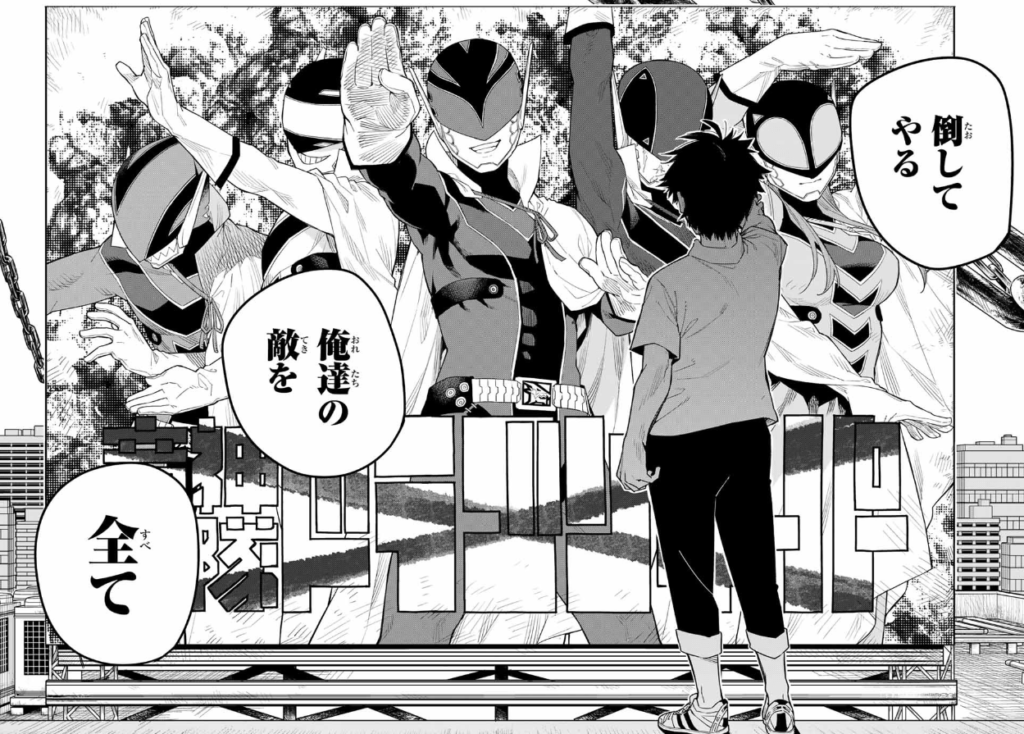 What’s more, even at the very end of volume 1, it’s not clear what kind of series Sentai Daishikkaku is going to be. For the most part, it’s an espionage series: at the very end of chapter 1, it is revealed that the character we were following is actually one of the kaijin, using his transformation abilities to pass himself off as a human. Known as ‘Foot Soldier D,’ he’s sick to the back teeth of losing and vows to ‘Defeat each and every one’ of his enemies.

His method of doing so? Applying to join their ranks and infiltrating them from the inside.

Along the way, he finds an unlikely ally: Yumeko Suzukiri, a member of the Divine Ranger Yellow’s support team who teams up with Foot Soldier D given that she pities him. ‘Aren’t the rival characters [in TV dramas] just so cute?’ she remarks, explaining that ‘I just can’t bring myself to cheer for the main character, who’ll inevitably win. That’s why I’ll support you. Do your best!’ She’s definitely got a sadistic streak, emphasised even further by her character design.

Together with Suzukiri, Foot Soldier D attempts to steal Red Keeper’s ‘Divine Tool’ in chapter 4, leading to a tense confrontation. These powerful items were what vanquished the kaijin’s higher-ups one year ago, so it’s clear that they will be the focus of the narrative going forward. Nevertheless, the end of Sentai Daishikkaku volume 1 leaves a big question mark over whether it will be up to Foot Soldier D to steal all the Divine Tools and thus shift the balance of power, or another character.

Even so, as a whole, Sentai Daishikkaku volume 1 undoubtedly makes a strong first impression. Its unique premise makes us consider the ‘other side’ of tokusatsu stories, even if perhaps too much exposition is delivered too fast, too soon. Positioning someone who is usually considered a ‘villain’ as the protagonist is also interesting, especially given the usual black and white morality of shonen manga. What’s more, it goes without saying that Negi Haruba’s art is phenomenal, if you’re the least familiar with Quintuplets.

Speaking of Quintuplets, it’s clear that Negi Haruba was essentially given carte blanche to do whatever he wanted after the success of that series: the fact that he chose tokusatsu was not only surprising but also great news for anyone who doesn’t want to read yet another love comedy.

If anything, Haruba’s passion is what gives me the confidence that Sentai Daishikkaku will improve in the future. I can’t wait to read more.

You can check out Sentai Daishikkaku volume 1 via Kodansha.