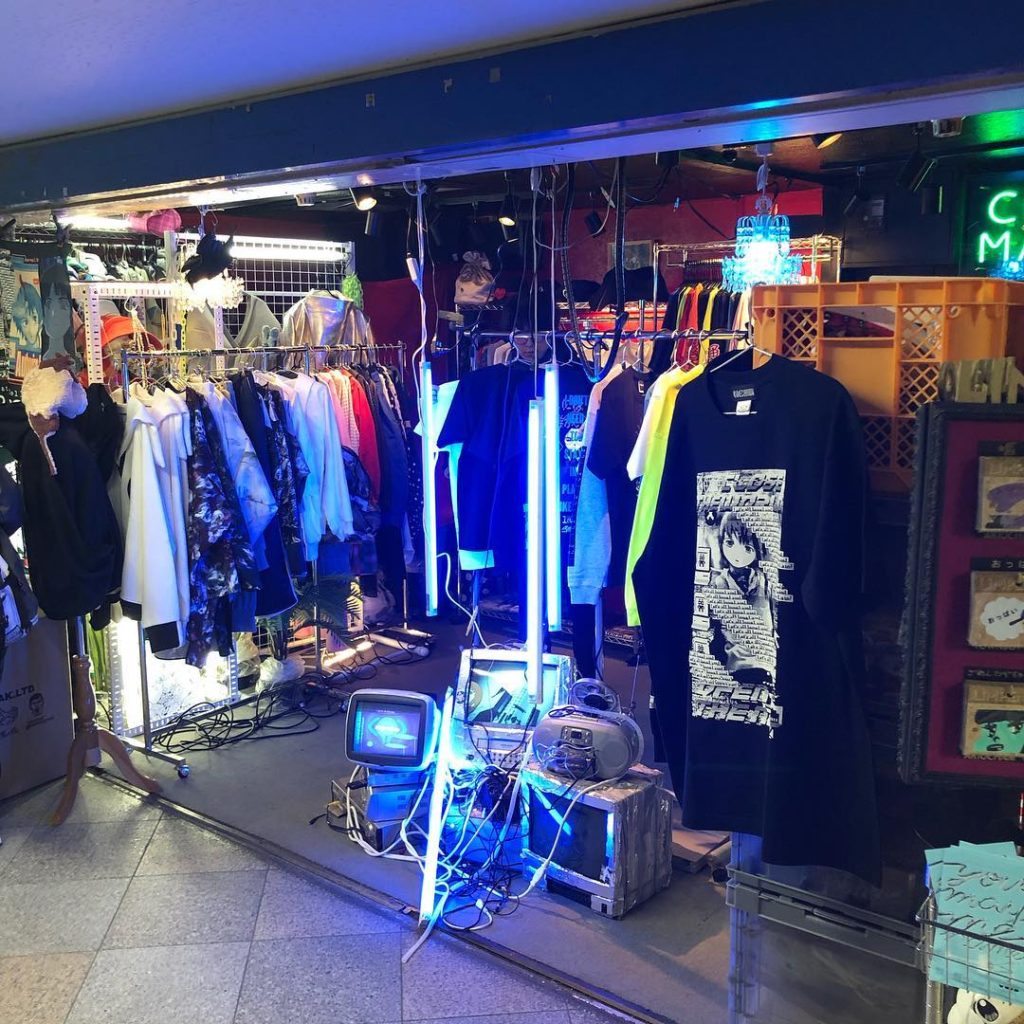 There’ are a lot of things that go on behind the scenes at OTAQUEST to make sure every aspect of the culture is covered. After a full day on the showroom floor and stage shows at AnimeJapan 2019, four of us somehow mustered up the last leg of our energy to make our way over to the first day of CHAOS MARKET’s Serial Experiments Lain official pop-up shop. Hosted in collaboration with NBCUniversal and several of Japan’s most prominent designers, the Serial Experimental Lain pop-up was a celebration of everything the series has built over the last 21 years.

Due to the aforementioned earlier commitments in the day, it was impossible for us to get there on opening. But even with that being said, three hours into the event, the line was still several hours long. By the time we arrived, the usually quiet basement floor was turned into a sprawling labyrinth of people desperate to get their hands on some genuinely rare Lain merch that seemingly never drops.

It’s easy to be startled by the setup of CHAOS MARKET: lights dancing from the roof while a small yet protruding stack of CRT televisions loop the menu of Serial Experiments Lain. Several boxes full of merchandise sit outside the store, barely able to fit inside the already-compact floor space, while several buyers walked around admiring the decor and well-sized Lain shrine in the corner.

By the time we’re heading to the front of the line, with groups of six being let in one-by-one, we’re starting to notice something: the stock was rapidly running out. There were two pieces in particular that I knew I had to get my hands on, both designs by OTAQUEST frequent NC EMPIRE. Eddie, on the other hand, was after the PUNK DRUNKERS collaborative piece, as well as a Messa Store design. Fortunately for us, we both lucked out and got everything we wanted; though for everyone else, compromises had to be made.

It’s unclear if there are plans to reprint stock, especially given the event is supposed to run for an entire month. But even if the stock for the merchandise is entirely gone, there’s still more than enough reason to swing by the Nakano Broadway locale. I don’t think I’ve had an opportunity to write about CHAOS MARKET on OTAQUEST yet, but the recently introduced hub has quickly become one of my must-visit spots in the sprawling Broadway. With stock for brands such as BALMUNG, and several other high-concept brands, it’s always interesting to see just what they have in stock.

Running from 23 March through until 21 April, Serial Experiment Lain’s official pop up store is open at CHAOS MARKET from 15:00 – 21:00 daily. For those interested in checking out further information, be sure to head over to CHAOS MARKET’s official Twitter account, here.

Edit: A Tweet has been sent out from Messa Store, a group involved with the event, apologizing for stock shortage due to the unexpected volume of customers. Unfortunately, if they were to reprint the stock, it would be impossible for it to arrive during the pop-up period. They’ve shared the remaining stock and what sizes they’re available in this thread. Here’s hoping NBCUniversal takes note that fans are still looking for more Lain content.