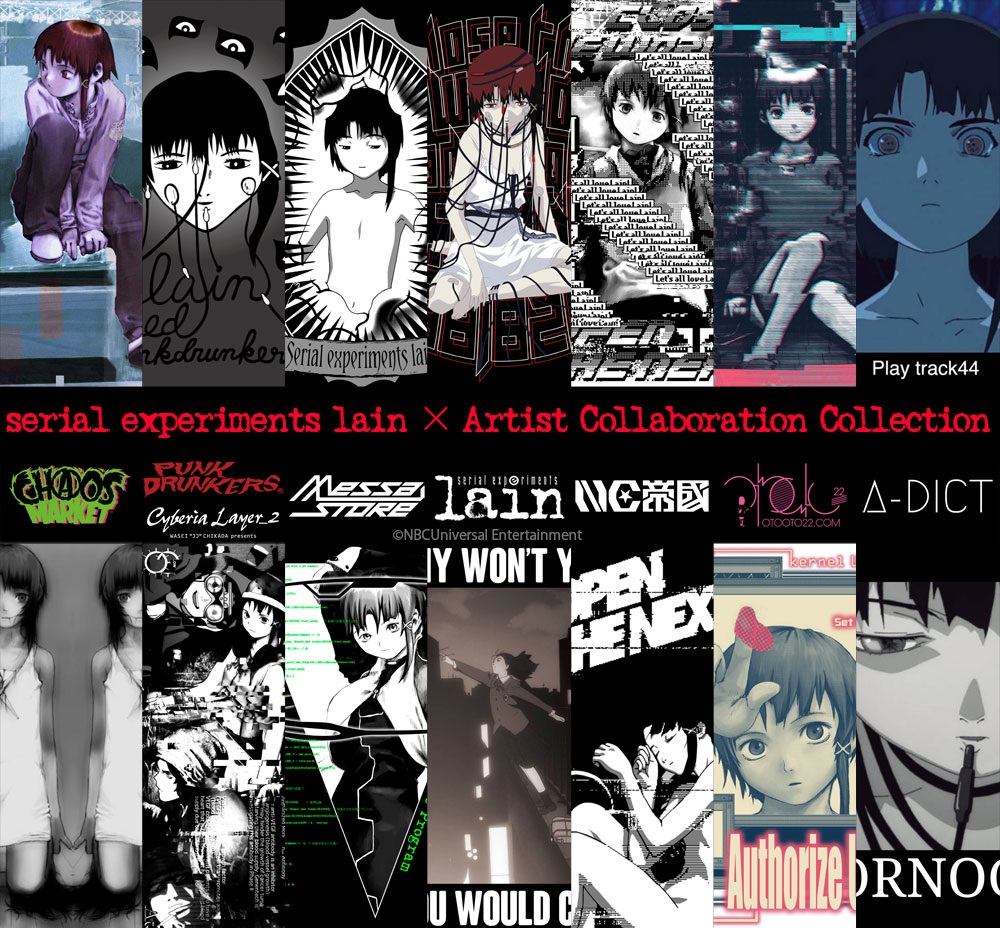 With the 20th-anniversary of cult-classic anime Serial Experiments Lain just having passed, we’ve definitely seen a resurgence in interest towards the series all over The Wired. That’s not without good reason either, with Serial Experiments Lain consistently proving itself as a timeless classic within the anime medium. So when Nakano Broadway-based apparel store CHAOS MARKET shared they were hosting an official Serial Experiments Lain pop up store featuring clothing collaborations from some of Tokyo’s most inventive designers, I was understandably pretty excited.

I was actually just having this conversation with fellow OTAQUEST member Eddie the other day, just how difficult and expensive it can be to get your hands on official Serial Experiments Lain merch. But when having that conversation, I definitely didn’t envision something as perfect as this just around the corner — especially not featuring a handful of both of our favorite creatives all flipping the property to their own style.

Taking place at CHAOS MARKET in Nakano Broadway from March 23 until April 21, I couldn’t think of a better spot for this all to go down. The pop up features collaborations with six different designers across sixteen different designs, all of which will be made available in multiple colorways. Each designer brings a unique spin to the property, and I don’t think there’s a single piece I’m not trying to get my hands on.

Each design and the creators behind them can be seen below:

There’s no way I won’t be attending this on opening day, and if all goes to plan, picking up several of the pieces being made available. It’s not often that Serial Experiments Lain merchandise even comes along, so now that it is, there’s no way I’ll be missing out on it.

For those interested in checking out pricing and designs from the pop-up store ahead of its launch, be sure to visit its official website.