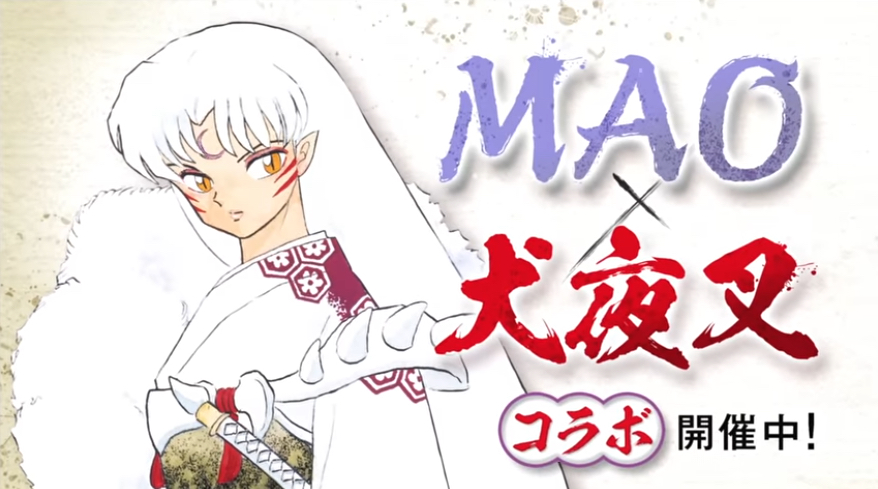 With a new Inuyasha sequel expected to arrive this fall, why not have Sesshomaru record an ad for another Rumiko Takahashi franchise?

The arrogant dog demon, or more accurately his voice actor Ken Narita, recently narrated a 20 second ad for volume 5 of the manga MAO.  You can view the ad on the YouTube channel for Weekly Shonen Sunday TV.

As it so happens, the father of twins isn’t just promoting the release of a new manga volume.

He’s also there because select bookstores now have special MAO x Inuyasha stickers available (for a limited time only) when you purchase MAO manga.  There are several stickers, including one featuring Sesshomaru.

(No, the name MAO x Inuyasha doesn’t signify a romantic pairing. We think.)