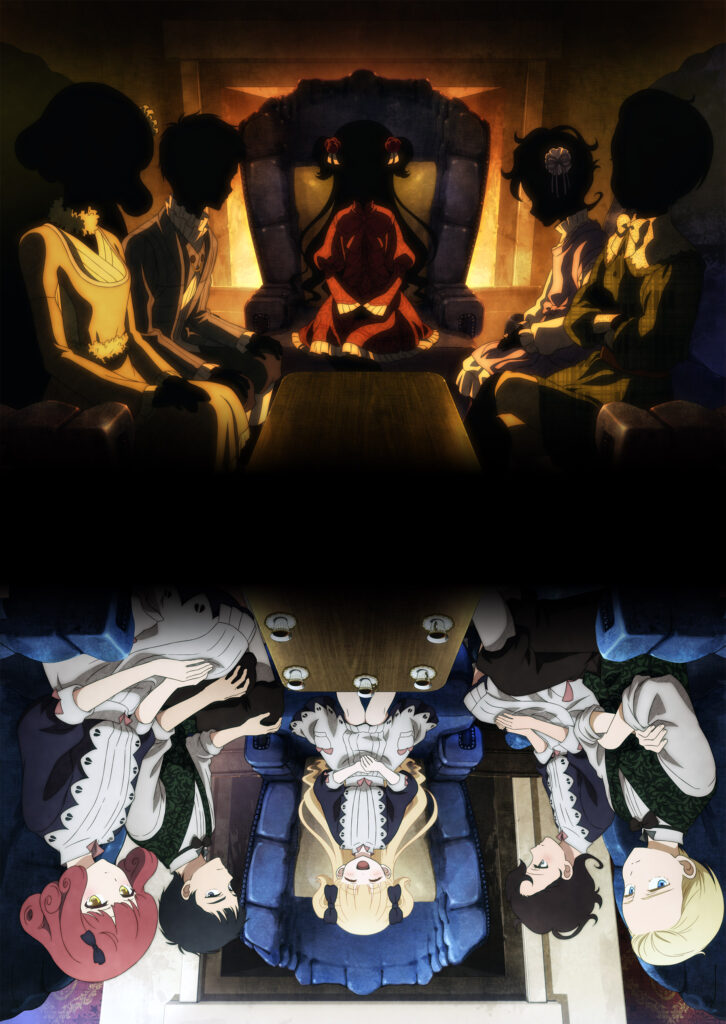 The spooky/ cute anime series Shadows House released a new trailer on Thursday. The trailer features the ending song, ‘NaiNai’ by ReoNa. The series will begin on 10 April.

Although stories involving gothic living shadows in strange mansions are not my usual thing, this anime series does look fascinating. A huge part of the charm is the sweet and innocent cheerful cuteness of the servant/ living doll Emilyko (Yu Sasahara). And the concept is interesting.

Based upon what I know from the manga by Somato, the Shadows House anime will feature an aristocratic shadow family. The beginning of the manga focuses on Emilyko getting used to life as the ‘face’ of her shadow, Kate (Akari Kito).

But the family apparently has dark, mysterious secrets, weird aristocratic rivalries, and some rituals. And although the trailer hints at some of these mysteries, you get the feeling that the audience is going to learn along with Emilyko.

Yu Sasahara doesn’t have a huge list of voice acting roles. But one of those is Akari Amano, the schoolgirl friend of the vampire girl Sophie Twilight in Ms. Vampire Who Lives In My Neighborhood. (She goes from cute vampires to shadows.) Akari Kito was previously Tsukasa in Tonikawa: Over The Moon for You.

You can visit the official website for the Shadows House anime here.