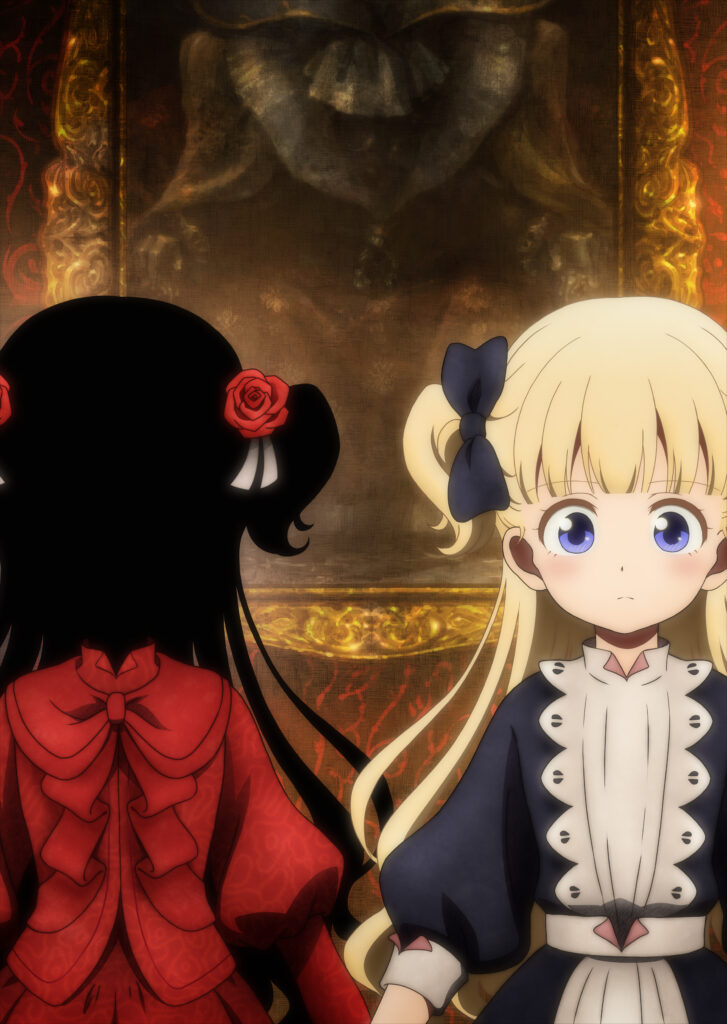 The manga series tells the story of Emilyko, a young living doll who is a servant to the shadow girl Kate.

According to the website, Aniplex is involved with the production. Aniplex has had good relationships with both Crunchyroll and Funimation, so that could be good news for watching the series outside of Japan.

They haven’t mentioned a specific date for the anime series yet.  In fact, despite the appealing website, many details about the anime series (no voice actors yet?) remain as mysterious as the manga itself.

What’s the Series About?

In the manga, the two girls live in a strange and mysterious mansion (where else?). It seems that everyone in the mansion is either a faceless, noble shadow person or one of their many servants.

Emilyko is Kate’s maid — there’s a lot of soot from the shadows to be cleaned up.

But she is also expected to become Kate’s “face” eventually. In other words, when Kate needs to deal with the adults in the family, Emilyko is expected to be there to express her emotions for her.

The manga starts off as very cute and sweet. For example, the first chapters deal with minor little problems. Emilyko can’t read Kate’s expression because she can’t see her face. She also can’t tell when she’s smiling.

This is cute and funny, but the comic relief also foreshadows (no pun intended) Emilyko’s future role.

The usually cheerful Emilyko also has a brief anxiety attack at the thought of a doll being broken. 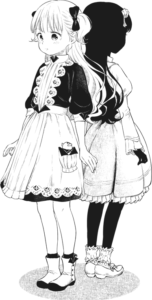 However,  the story soon moves into the more mysterious and darker aspects of living, aristocratic shadows.  There’s a lot of politics in an aristocratic family, and Kate gets caught in the middle of it all.

Several chapters deal with the “debut trials,” which the younger members of the family must pass. The older generations watch and comment on their progress.

The manga also uncovers hidden secrets about the origins of the dolls. Eventually, other aspects of being a shadow’s “face” are also revealed.

The manga is by Somato, a pair of manga artists otherwise known as Nori and Hisshi.

Weekly Young Jump has run the manga since 2018.  They have also published six tankobon volumes.

Note: Shadows House — plural S shadows — is no relation to the Scholastic book series Shadow House.  Be careful when Googling.