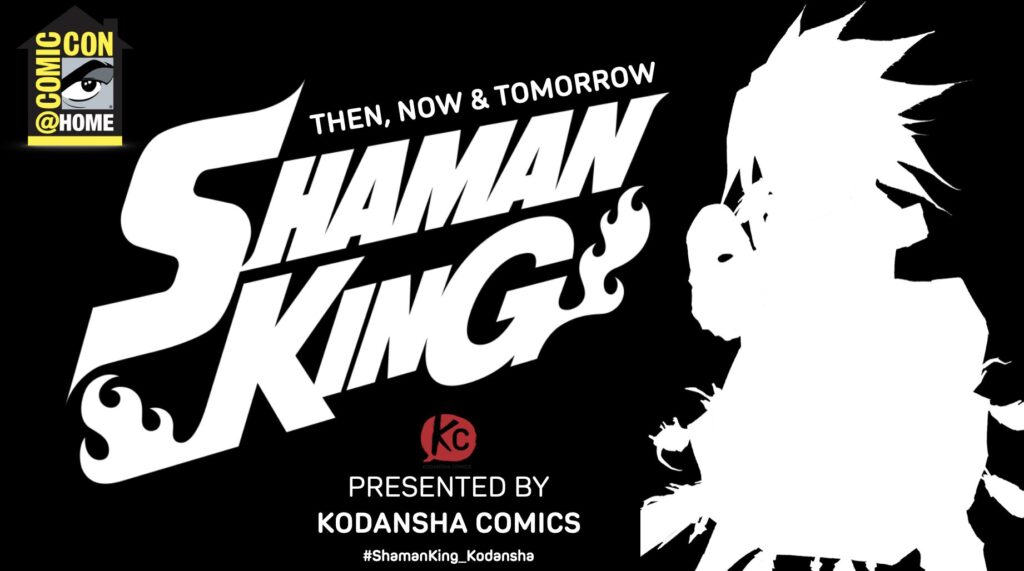 Shaman King fans have been eating good these past couple of months. First, it was announced that a new anime was in the works to fully adapt the original manga for the first time, while English fans recently learned that they would be able to read the series in full for the first time thanks to Kodansha USA. We had some questions following that announcement that we hoped would be cleared up during the scheduled Shaman King [email protected] panel, but none of us could have dreamed that there would be as many exciting developments as this.

Kodansha Comics “experts” Misaki Kido, Ben Applegate, and Ivan Salazar were all present for the Shaman King: Then, Now & Tomorrow [email protected] panel, but they spent the majority of its runtime recapping what we already knew. Yet, around halfway through the panel, they began to drop some bombshells. First, they announced that several Shaman King spinoffs would be made available in English for the first time, and then that the original Shaman King manga would be released in physical, 3-in-1 omnibus editions.

The spinoffs confirmed for English release during the [email protected] panel were Shaman King Zero, Shaman King: Flowers, Shaman King: Super Star, and Shaman King: Red Crimson. Working backwards, Red Crimson is the series’ latest complete spinoff, although Macros is technically the newest. Super Star is a continuation of Flowers, which follows the story of Yoh’s son, Hana. Zero, meanwhile, was the series’ first spinoff following its cancellation in 2004 and tells the stories of characters such as Yoh and Ren before the series began.

These spinoffs have never been released in English before, which makes the announcement that much more exciting for Shaman King fans. Also announced during the [email protected] panel was the fact that the Shaman King manga, available in full in English for the first time on July 28, would indeed be getting a physical release next year. This will take the form of omnibus, 3-in-1 editions with over 600 pages in each – providing both great value and efficient real estate. 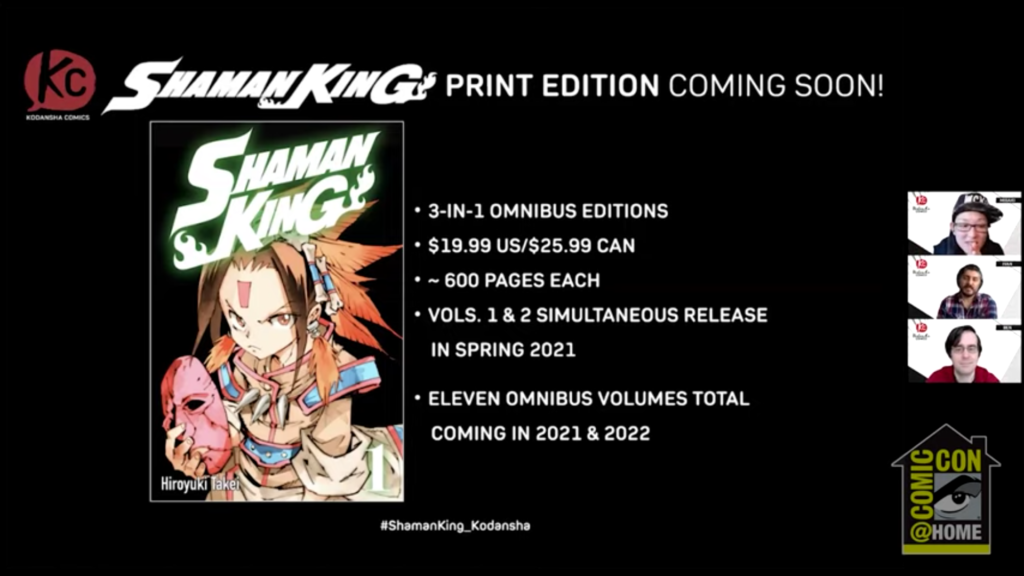 All in all, the Shaman King [email protected] panel was an incredible time for fans of Hiroyuki Takei’s series and is sure to play an important part in the revival of the series’ fortunes following its copyright transferral to Kodansha in 2017.