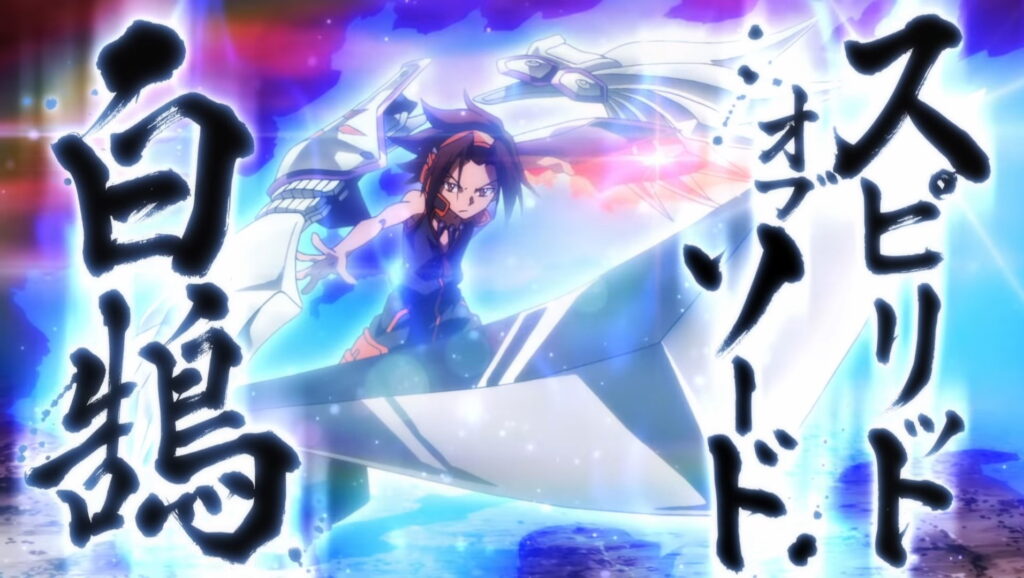 The Shaman King anime remake will be hitting our screens in April of next year, the series’ first teaser trailer has confirmed. The last footage we saw of this new adaptation was just moving manga artwork, so it is good to see all of our favorite characters in animation again. Still, there are some major changes to the voice cast that fans of the original should be aware of.

With regard to the Shaman King teaser trailer itself, what more can be said than ‘It looks pretty good’? This isn’t a scene taken from the manga according to my recollection, but it does feature the series’ four main characters: Yoh, Amidamaru, Anna, and Hao. A little bit of flashy action animation, showing off Yoh’s powers, is just the icing on the cake.

That being said, one surprising thing revealed by this first Shaman King teaser trailer is the fact that Yuuko Satou will not be reprising her role as Yoh Asakura. The voice actress has been with the series since 2001, but didn’t return for this 2021 remake. You have to wonder why: scheduling issues? Problems with her performance? 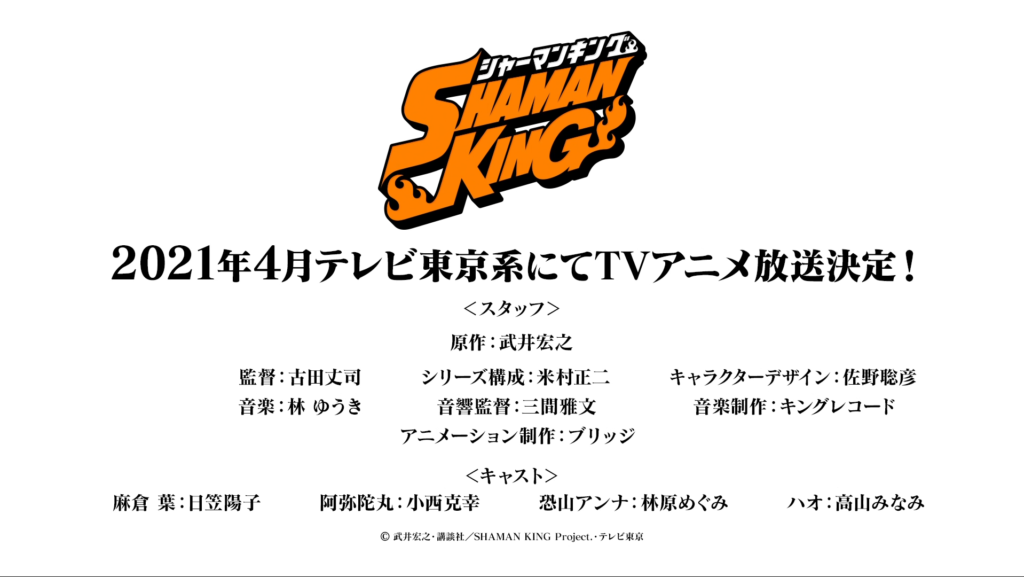 Either way, all of the other original voice actors will be returning for the rest of the cast – that means Katsuyuki Konishi as Amidamaru, Megumi Hayashibara as Anna, and Minami Takayama as Hao, as per usual.

Other details revealed by this Shaman King teaser trailer include the production studio and main staff. On the whole, there’s no one noteworthy here – no Sunghoo Park, for example – but they do seem pretty suited to the type of adaptation that this kid-oriented property demands. Even if director Takeshi Furuta has only taken on such milquetoast projects as ēIDLIVE and Saint Seiya – Soul of Gold in the past, fans will no doubt be pleased if production studio Bridge can simply adapt the manga the whole way through.

The Shaman King anime remake will premiere in April 2021.