This might be nostalgic for some of you out there. A classic from yesteryear; Shaman King is coming to the beloved Puzzle & Dragons mobile game. From April 22 to May 6, players of the game in Japan will be able to unlock many of their favorite Shaman King characters like Yoh, Hao, Faust, Anna, and more. It’s unclear whether this collaboration will hit the western version of the mobile game right away. However, seeing as many of Puzzle & Dragon’s many anime tie-ups have come to the west over the years, we’re not so worried. 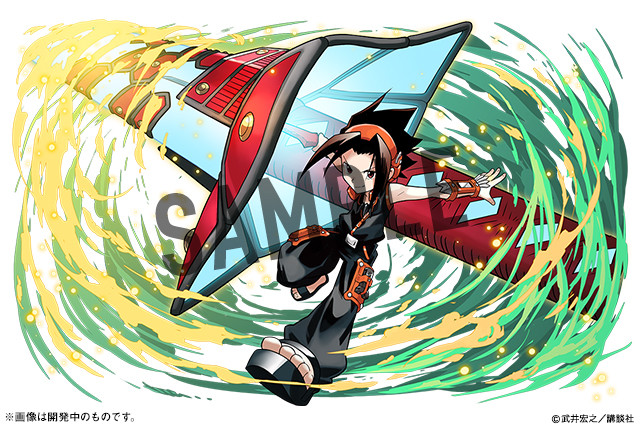 If you’re unfamiliar, here’s a little history of Shaman King. Created by Hiroyuki Takei, who at one point worked with the Stan Lee on a manga called Ultimo, Shaman King originally serialized from 1998 to 2004. In the states, the anime even ran on 4Kids TV where one character was renamed ‘Mortimer’ to ire of older fans. However, from there Shaman King’s history gets complicated. The original manga finished before the story really came to a close. It had a number of continuations and spin-offs published in Jump adjacent magazines over the years. Here’s the kicker; the currently running Shaman King The Super Star is currently published by Kodansha, who also now owns the entire back-catalog. That kind of changing of hands rarely happens in the manga world, especially for former Shonen Jump titles. 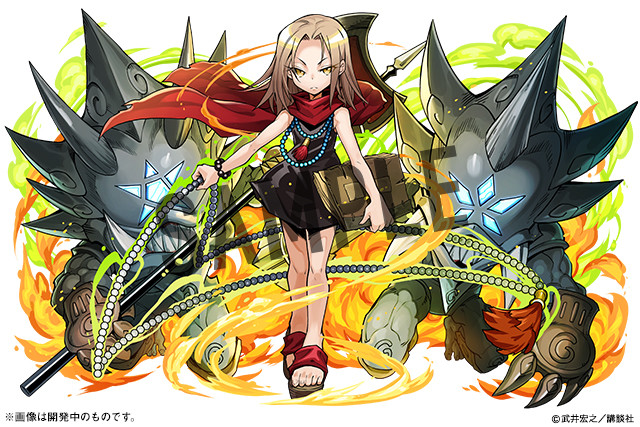 Puzzle & Dragons have had collaborations with franchises like Bleach, Fullmetal Alchemist, and Neon Genesis Evangelion over the years. The former Jump manga about teenage shamans who fuse with ghosts and spirits will fit right in. Imagine! You could have a team featuring some cool dragons, Alphonse Elric, some mobage styled anime girls, and a boy with headphones who is fused with a 600-year-old samurai ghost. For real, it’s cool to see Shaman King getting some love again. It deserves it after its troubles.