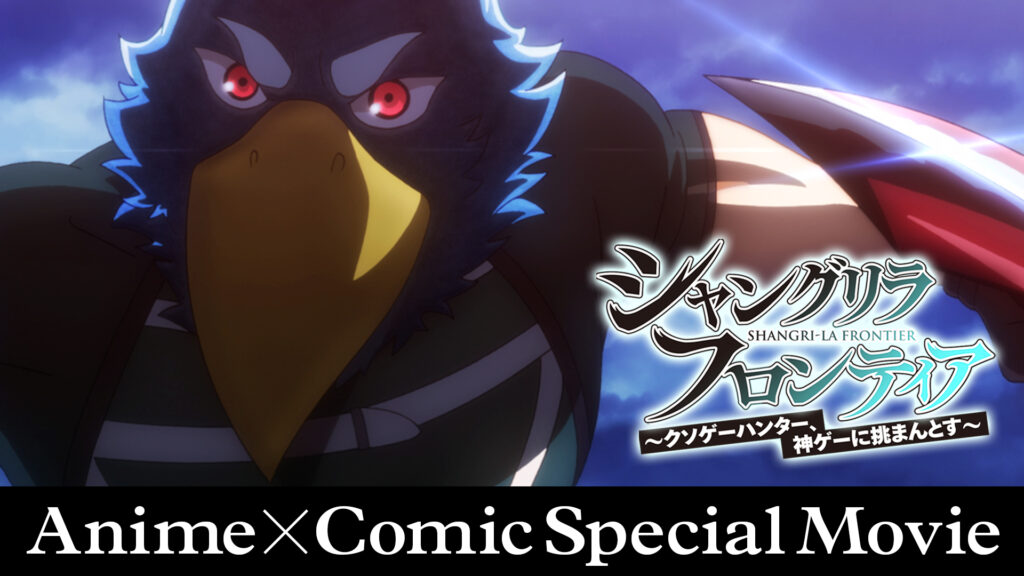 When considering the extraordinary, record-breaking success of Shangri-La Frontier, it seems only a matter of time before it gets an anime. Nevertheless, the manga’s latest animated PV offers us a glimpse of what that could look like.

Ostensibly meant to celebrate one year since Ryousuke Fuji’s adaptation of Katarina’s original light novels began in Weekly Shonen Magazine, this animated PV is actually the fourth part in a series of projects that kicked off back in March with a competition that rewarded ideas for shitty games. As if that wasn’t Shangri-La Frontier enough, then this animated PV lets us see how Sunraku might move through the fictional VRMMORPG world in motion.

Only about half of this PV is actually animated, but the addition of voice performances from Yuuma Uchida (Uenoyama from given, Onija from SSSS.DYNAZENON) and Azumi Waki (Galko from Oshiete! Galko-chan!, Sanae from The [email protected]: Cinderella Girls) certainly makes it feel like we’re watching just one snippet of a future Shangri-La Frontier anime. The scene in question highlights a climactic point from the first volume.

It is worth noting that these voice actors might not necessarily return for the eventual adaptation, if Kurosawa Tomoyo’s snubbing from Don’t Toy With Me, Miss Nagatoro is anything to go by. This is just a commercial, after all, but it’s fun to speculate.

Now that your appetite is well and truly wetted for a Shangri-La Frontier anime, when is it coming out? Well, it hasn’t even been confirmed yet, but looking at A Couple of Cuckoos might provide us with an indication. The two series were breaking records around the same time, after all, so there will most likely be some sort of announcement before the end of the year. Even then, don’t expect it to come out in 2021.

You can take my word on that.

You can read Shangri-La Frontier in English courtesy of Kodansha USA.