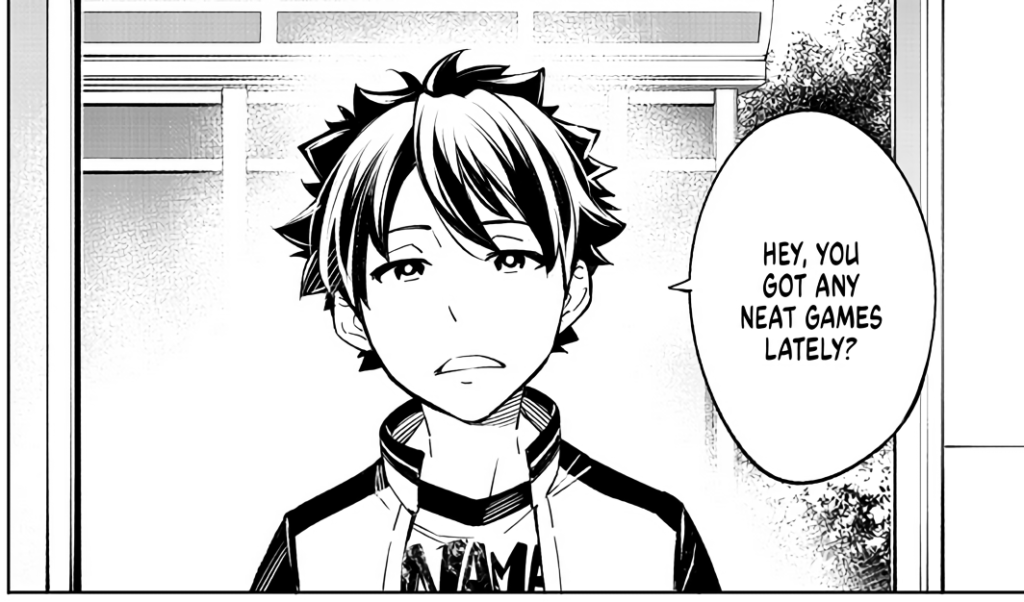 Weekly Shonen Magazine is running a series of projects for its latest runaway hit Shangri-La Frontier, including what may be the first competition ever to actually reward bad ideas for games.

These projects (said to total seven when all is done and dusted) come just as Ryousuke Fuji’s light novel adaptation expands its influence, being recently featured on the list of nationwide bookstore employees’ recommended manga for 2021 and gearing up for a collaboration with fellow isekai series That Time I Got Reincarnated as a Slime. Undoubtedly, there is reason to capitalize on the series’ success, but the method is pretty unusual.

First of all, this shitty games competition invites users to get into the spirit of Shangri-La Frontier and submit their idea for a shockingly bad, but strangely enjoyable game of the type that protagonist Sunraku might enjoy. It’s not clear in what format these ideas must be submitted (manga or novel?) but details will be provided in due course. 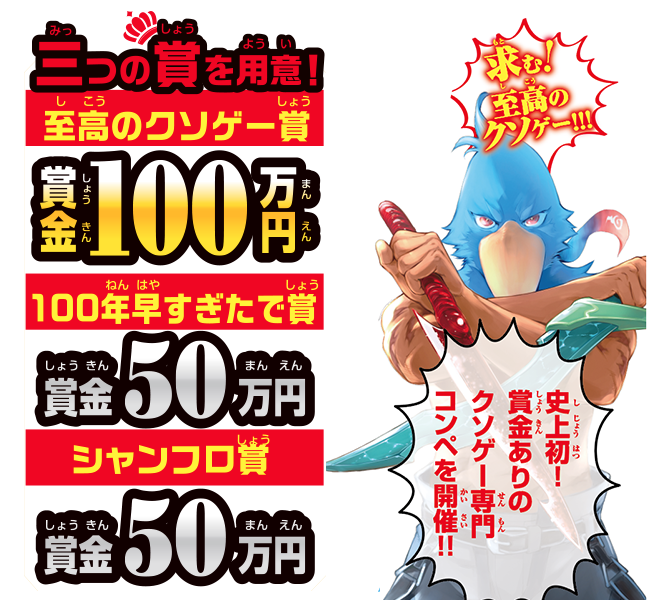 A whopping 1 million yen will go to the overall winner of this Shangri-La Frontier competition (about $9170 USD) which is quite a lot of money to give to an idea that’s ostensibly bad! What’s more, a further 500,000 yen (around $4580 USD) will be given to the runner-up, and the same amount will go to the idea that best evokes the spirit of the in-universe ‘godly game’ Shangri-La Frontier. All in all, then, two million yen is being ponied up!

Aside from this competition, two other Shangri-La Frontier projects have been announced: a radio show set to broadcast on YouTube, delivering key information on the series, and a new portal site with links to purchase the latest volume and such. Exclusive content is also being developed for it, so keep your eyes peeled. This shows that Kodansha isn’t content with just resting on the series’ laurels, but is keen to push the envelope further.

If you’re interested in jumping on board the shitty games train, then Shangri-La Frontier can be read in English here.