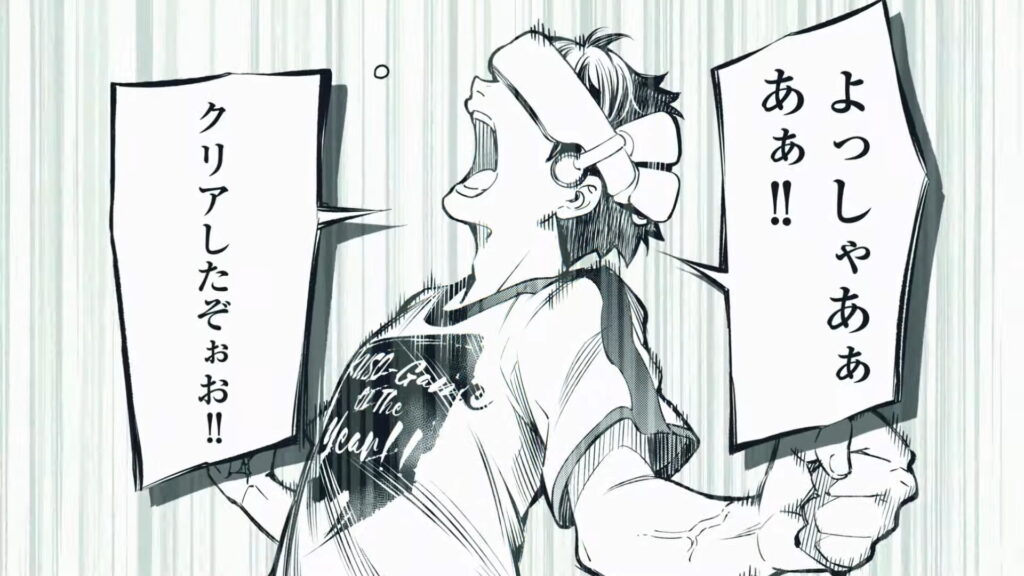 A lot was riding on Shangri-La Frontier volume 1’s sales success. Not only did Kodansha put two editions out, they also hyped it to an unbelievable degree, being featured in Oricon almost every week leading up to its release. Clearly, they were hoping for a repeat of The Cuckoo’s Fiancee’s success. Luckily, they appear to have achieved it.

The news that Shangri-La Frontier had surpassed 100,000 copies with volume 1 came alongside a special PV, celebrating the reprint that had been ordered in the first week of its release. While it’s nothing different from the ones we’ve seen before, it does provide a useful opportunity to delve into Shangri-La Frontier’s sales success.

Undoubtedly, Shangri-La Frontier volume 1 had one of the most successful series debuts of the year. Not only did it manage to rank next to the links of The Quintessential Quintuplets and Attack on Titan at 90th place on the first week of its release, it managed to rise to number 79 on its second and then back down to 137 on its third. That doesn’t even take into account digital sales, by the way.

Furthermore, Shangri-La Frontier volume 1’s sales also managed to outpace other, more high-profile debut releases. The obvious example is Masashi Kishimoto’s Samurai 8, which barely managed to sell 20,000 copies upon its release last year; yet, even other more recent Jump volumes pale in comparison: Kentarou Yabuki’s Ayakashi Triangle sold 66,000. The only point of contention is Burn the Witch, which finished off its Oricon run with an impressive 205,000, but that had the full power of an anime and years of anticipation behind it, so it’s hardly a fair comparison.

What would really be helpful would be if we could compare the sales of Shangri-La Frontier and The Cuckoo’s Fiancee, but we have yet to have an actual sales number confirmed by Kodansha. All we know is that two volumes are being sold every second, which is helpful.

Even so, the number of reprints provides an interesting point of comparison: while getting an additional print run in the first week is pretty impressive, that’s nothing compared to the four consecutive orders made for The Cuckoo’s Fiancee.

Does this actually matter? Probably not. No matter which way you look at it, the sales of Shangri-La Frontier volume 1 have answered Kodansha’s expectations and then some, completely blowing away the competition. Although its appeal may escape me, at least Weekly Shonen Magazine readers are having fun.

You can read Shangri-La Frontier in English when it releases this December.