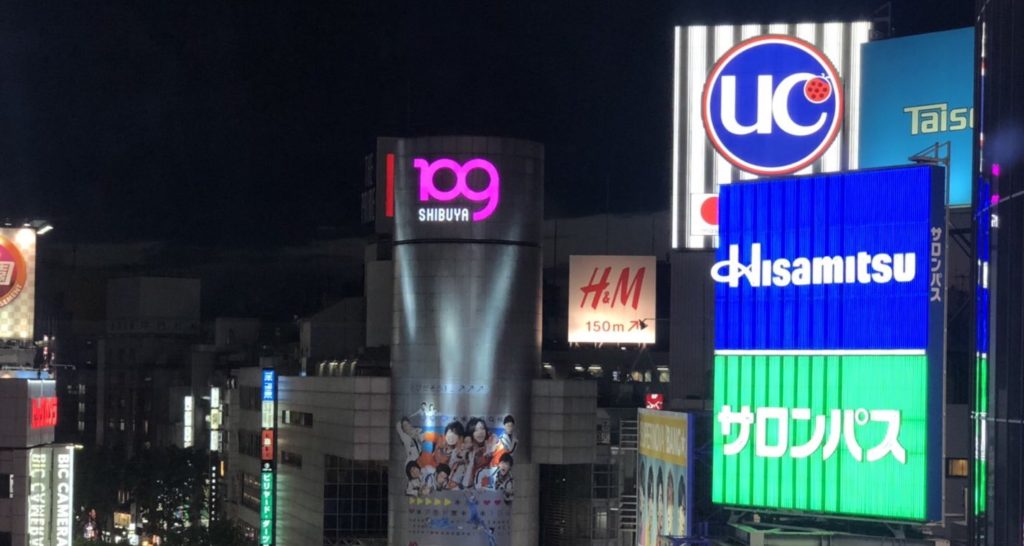 Regardless of whether you love it or hate it, Shibuya 109’s all-new logo is officially here. We’ve been covering its installation over the last few months, ensuring time and time again that, if you didn’t realize it yourself, you know how much it looks like the Instagram logo. Though it had been visible for weeks during development, last night saw the technical unveiling in line with Shibuya 109’s 40th-anniversary. I wouldn’t say it was a grand spectacle from what was shared via Shibuya 109’s official Twitter account, but there was definitely a light show to really emphasize the fact that, hey, they’ve got that new logo.

While it’s definitely been more than a minute since I’ve dared step foot in Shibuya 109’s somewhat daunting tower, there’s definitely been a shift in the generation walking through there. While previous generations kicks might have come from the purchasing of items, these days simply snapping a pic can mean just as much. Not that that’s necessarily entirely a bad thing, but the refresher of Shibuya 109’s logo after 40 years is definitely appropriate, albeit slightly not that great. For now, this remains the only major change to the building, though you’ve gotta wonder if, much like 109 Mens did, if Shibuya 109 will receive a more large-scale makeover in the coming years.

Long existing as one of the most iconic locations in Shibuya, Shibuya 109’s all-new look will be one for the next generation. Regardless of if you love it or hate it, it’s here to stay; whether or not it’ll actually prove as iconic as the original logo, now that’s an entirely different question. For those interested in checking out further information on the spot, be sure to visit Shibuya 109’s official website.