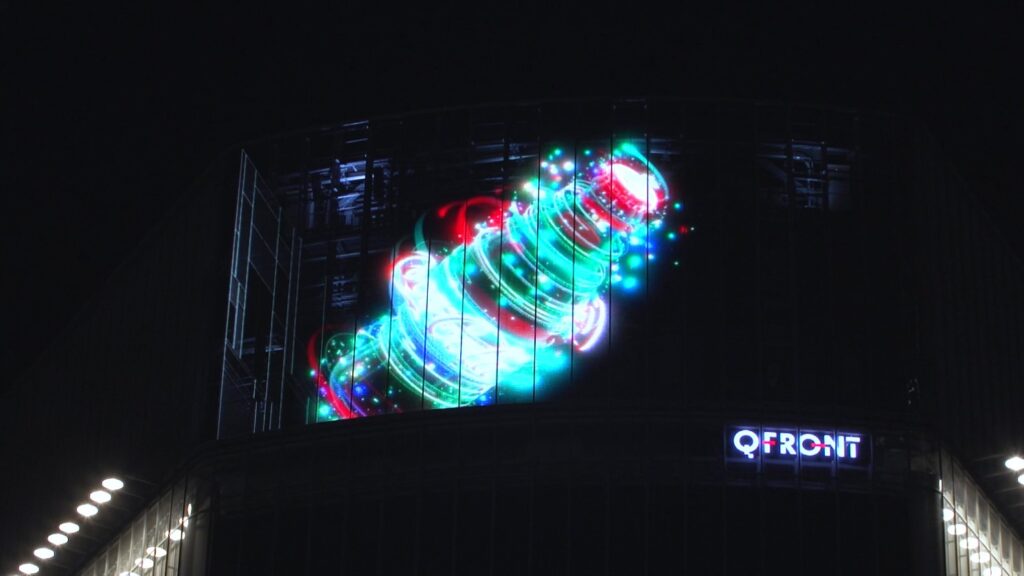 If you take a look through history, there is an ongoing trend comparing Tokyo to the cityscapes to that of Blade Runner or other futuristic cities, but the truth of the matter is, is that Tokyo is just like every other city in the world with bustling skyscrapers and neon lights. That is up until the end of last week when Coca-Cola installed a 3D Holographic display for the “Shibuya Coke Vision” at the top of the Q-Front building towering over Shibuya’s scramble crossing which will be displaying the ads over the next 3 years or so.

As part of the project called “Shibuya Coke Vision,” the beverage company installed giant 40-meter tall panels at the top of the Q-Front building which will display a variety of Coca Cola ads throughout the day, more so predominantly at night when it’s easier to view. The ads are listed as the following:

Dance! runs between 9am and 5pm and will appear for 15 seconds.

Kanpai! runs between 9am and 5pm for 30 seconds.

Illusion runs between 5pm and midnight for 30 seconds.

Hologram runs between 5pm and midnight for 30 seconds.

Polar Bear runs between 5 p.m. and midnight for 30 seconds

Coca Cola has also uploaded a video on YouTube outlining the ads that will be displayed as part of the Shibuya Coke Vision project and it goes without saying that they’re probably some of the coolest looking ads that Coca Cola has put out, ever.

If you’re in the Tokyo area and you’re interested in seeing the ads for yourself, they’re really something to behold, you can do so, but please keep in mind that Shibuya as a city is still requesting people to try as much as they can to refrain from going out due to COVID-19, but that really never stopped anyone as Shibuya is still the bustling hub of youth that it has always been. Just make sure you wear your mask.