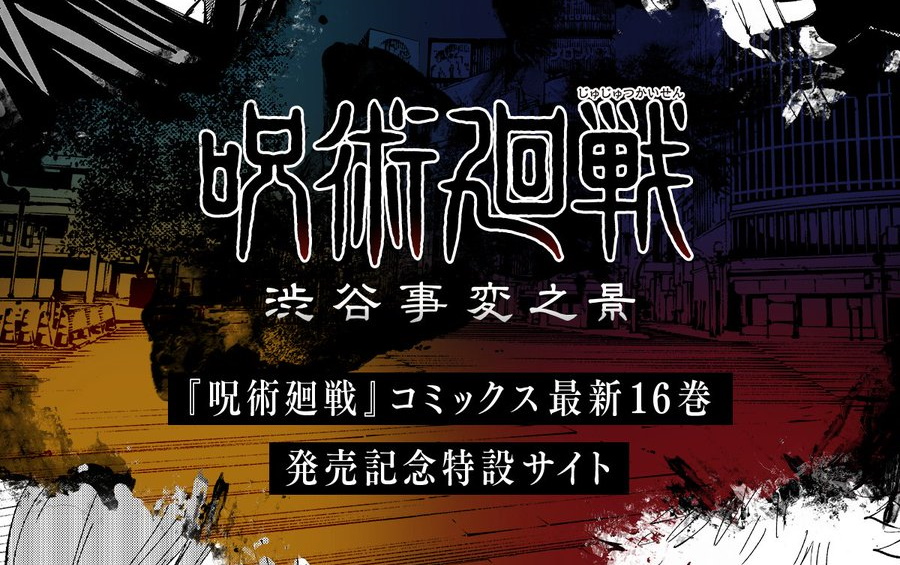 2018. Shibuya, Tokyo. It’s Halloween night at 7 pm. Suddenly, a curtain is erected around the metropolis, with those locked inside only calling for one thing: Satoru Gojo. A special retrospective website has been opened to celebrate the release of Jujutsu Kaisen volume 16, allowing you to relive the events of the Shibuya Incident arc all over again.

One of the things that made the Shibuya Incident so special was how it explored a singular event limited in terms of both time and space: this immediately brings to mind comparisons with Hunter x Hunter’s Chimera Ant, which are mostly accurate. Hopefully, this retrospective website can manage to capture at least some of that.

Launched on 1 April, this special website allows you to explore the course of the Shibuya Incident from the perspective of four different characters: Satoru Gojo, Megumi Fushiguro, Nobara Kugaski, and Yuji Itadori. Currently, only the Gojo ‘route’ is available, with the other three set to be unveiled in the coming days.

I wouldn’t recommend going any further if you’re afraid of spoilers.

For the most part, this Shibuya Incident website is similar to the other ones that SHUEISHA have put together in the past: essentially just animated manga panels that recap the story so far.

Even so, until the anime gets around to adapting this part of the manga, this Shibuya Incident retrospective website is probably the next best thing: Gojo’s fight with Hanami, Jogo, and Choso is always breathtaking to behold no matter the medium, and the designers use the scrolling function well to match the characters’ movement. The gut punch of Geto’s reveal and the activation of the Prison Realm at the end also hurts. A lot.

Considering that Yuji’s story in the Shibuya Incident contains one of my favorite fights in the series thus far (Yuji vs. Choso), I’m excited to see how that one gets brought to life on this website. That being said, I’m slightly worried that Sukuna vs. Jogo might get left out of the proceedings: his story is mostly separate from the aforementioned four characters, after all.

Could he be brought into the Megumi route? Or will part of Yuji’s route be dedicated to him? Either way, I’m interested in finding out. You can explore the special Shibuya Incident website for yourself by clicking here (mobile only).