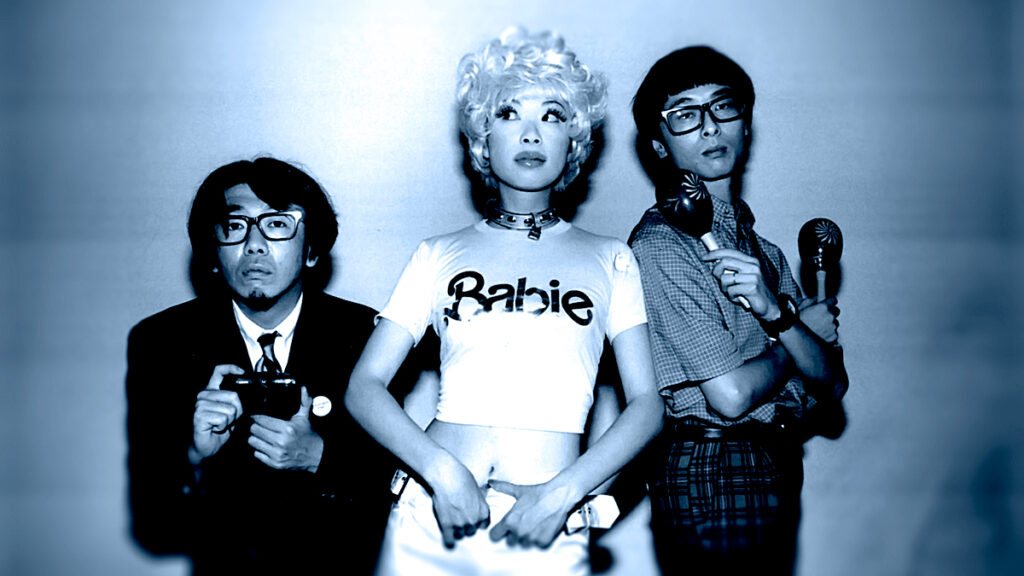 Shibuya Kei (“Shibuya style”), is a retrofuturist music movement, mostly an infusion of the best of the decades up to the point of birth in the early 90s.

French yeye, pop songs Jazz, Brazilian Bossa Nova, Lounge music and 60s psychedelic rock  came together in an interesting mishmash that defined most of the 90s scene in Japan. There were also contemporary elements like hip hop sampling/plunderphonics. It was a daring style that resisted being pigeonholed – and with so many sources to pull from, how could it have been? Despite being named for a Japanese district, it was very much a global effort.

Shibuya Kei’s birth was a blink-and-you’ll-miss-it kind of moment. Such was its power that indie music dominated the mainstream industry in Japan for the first time in history.

Unfortunately, its popularity was transient, starting to die out around the end of the 90s – maybe the kitsch became too much? – as the public focus gravitated to other genres. Some argue that Shibuya Kei died, others theorize that it simply changed and evolved – as to be expected from such a versatile, fluid genre.

Yeye comes from the English “yeah-yeah” that was common among british bands in the beatles era. The music itself takes great inspiration from baroque, pop, jazz, and french lyric singing. Ye ye started on a french radio show back in the later fifties, in which girls aged 15-20 would cover American rock and roll songs, and eventually their own creations.

Aside from having a ‘girl of the week’ approach, the overall aesthetic was one of youth and carefree living, with a heavy emphasis on swing, that collaborated with the newly sexually liberated climate of the time. France Gall’s Les Succettes (Lollipops) was very much representative of the genre, including visual and lyrical double entendres coupled with sweet, cutesy singing and lyrics.

It’s this similarly experimental and liberated spirit that infuses Shibuya Kei, combining it with cool of jazz and relaxed atmosphere of Bossa Nova, as well as all other contemporary influences of the time. And no artist did Shibuya Kei the exact same way, setting the foundation of a style that bled into the fabric Japanese music scene.

Pizzicato Five is one group largely credited to starting the genre, taking elements of funk, disco, and 60s psychedelic pop and combining them in a kitschy, fun package.

Though their run was relatively short (1987 – 2001), they set the groundwork for much of the Shibuya Kei scene.

Their 1993 single ‘Sweet Soul Revue’ put them in the public view, encapsulating the best of that 60s feel-good pop with a catchy chorus and love-inspired lyrics. Their 1996 single ‘Baby Portable Rock’ was very much in the same vein, with an upbeat, infectious, yet relaxed vibe.

Keigo Oyamada contributed heavily to the Shibuya Kei scene. Originally he was part of the rock band-turned-duo Flipper’s Guitar, which was active from 1989 – 1991.

Their sound leans heavily on jazz, bossa nova, and rock in addition to American 60s pop and British 80s rock. French influences can be heard on ‘Friends Again,’ the music video for which was even set in France. Camera Talk featured their jazzy breakout single ‘Young, Alive, In Love,’ which increased their popularity in Japan.

‘Young, Alive, In Love’ was also featured as the theme song to Youbikou Bugi (Cram-school Boogie). It also helped (surprisingly) that the song was sung mostly in Japanese as opposed to English. ‘CAMERA! CAMERA! CAMERA!‘ possesses 60s pop visual aesthetics, more emphasis on the british rock sound while being groovy and upbeat.

‘Groove Tube‘ – true to the name, is a bit more explicitly groovy, with funk licks and a 60s psychedelic look and feel.

After Flipper’s Guitar disbanded in 1991, Keigo Oyamada took on the nickname “Cornelius” – after Planet of the Apes.

He branched out wildly, taking the experimental roots of his previous project and expanding on them greatly. Cornelius released 6 studio albums, most charting above #10, with 1995’s 69/96 reaching #3 at the highest.

Fantasma, released in 1997, is thought to be one of the more defining works of Shibuya Kei. ‘Star Fruits Surf Rider‘ starts off lulling the listener in with a gentle, soft-pop beat, then throws them in outer space with heavy, distorted bass and ambient, layered acoustic sounds and synths and breakbeats. It’s a journey of a song heavily emblematic of Shibuya Kei – not easily described, not easily put into any one category, with an overall dreamy, feel-good atmosphere.

If anything, Oyamada’s work is probably one of the best examples of the fluidity of the Shibuya Kei genre.

This Kyoto born DJ got into Shibuya Kei a little differently. Starting in a rock band, as you do, Tomoyuki Tanaka eventually moved into DJ’ing in the Kansai area. He created Fantastic Plastic Machine and dropped his self-titled album in 1997, and then Luxury in 1998. Fantastic Plastic Machine starts off with a computerized voice welcoming the listener to the project, and then launches straight into 90s house beats with a whimsical ’60s inspired sound.

And Luxury hit the ground running, starting off with a big-band orchestral flourish and fast-paced bossa nova percussion, then easing the listener into luxury with ‘There Must Be an Angel (Playing with My Heart),’ somehow relaxed and urgent all at once, interspersed with an ephemeral, breathy vocal. These two works neatly encapsulated the glamour and sophistication people associated with the Shibuya that birthed these ambitious and experimental albums.

Other notable artists include Cibo Matto, Towa Tei, and Lamp.