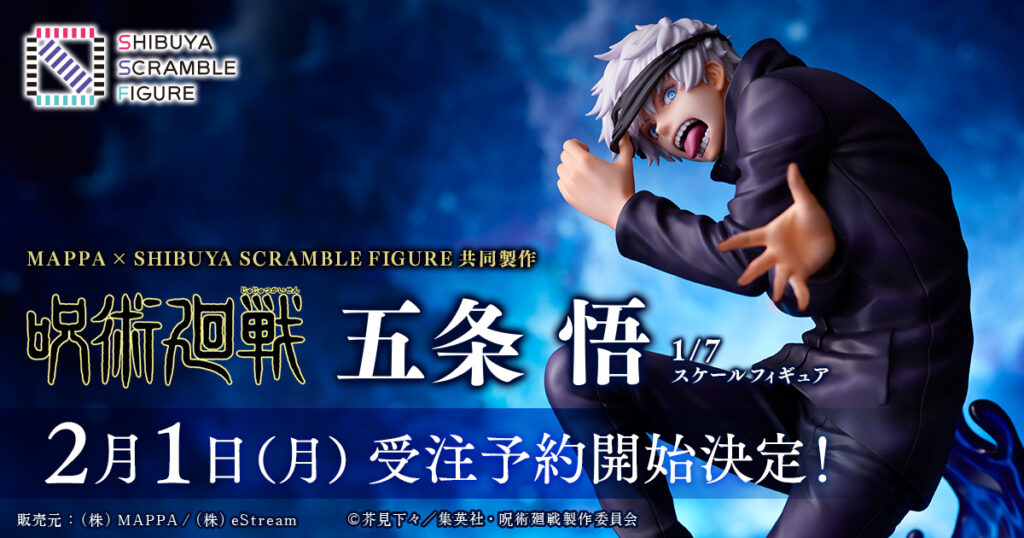 Satoru Gojo is by far the coolest Jujutsu Kaisen character. He has some tough competition from the likes of Nanami, but his mind-bending abilities and impeccable fashion sense mean that he is really the obvious choice. With this in mind, Shibuya Scramble Figure have done a good job with their upcoming 1/7 scale Satoru Gojo, available for preorder on 1 February, not only capturing his likeness very well but also adapting one of the manga’s best volume covers.

Part of the reason why Shibuya Scramble Figure have been able to put together such a good sculpt is undoubtedly due to their years of experience. Since beginning in 2020 under the auspices of parent company eStream, they have produced many high-quality figures that are said to evoke both ‘scale’ and ‘liveliness.’ Nevertheless, they also benefited in this instance from working directly with Studio MAPPA: this Satoru Gojo figure is marketed very clearly as a collaboration.

The response has been both explosive and surprising. Immediately after being revealed ahead of the Sapporo opening of the MAPPA Showcase exhibition (where the figure will be shown off for the first time), the hashtag ‘#五条悟’ (Satoru Gojo) started trending on Twitter with thousands discussing Shibuya Scramble’s latest figure. This isn’t something that usually happens for a piece of merch, but considering the rapid growth in Jujutsu Kaisen’s popularity, perhaps fans are starved for content. 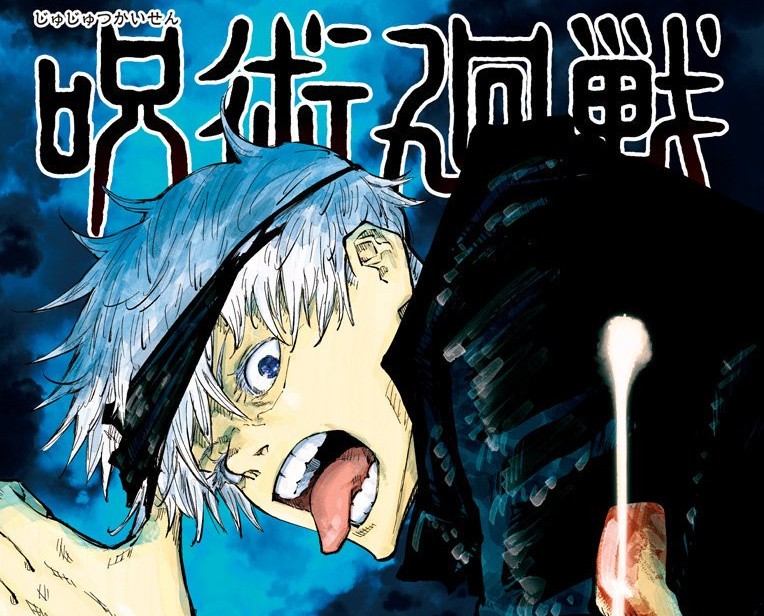 In any case, what’s interesting about this Shibuya Scramble Satoru Gojo figure is that it is actually a reproduction of the manga’s fourth volume cover (see above). This has always been one of my favorites, so I’m glad that it has received some recognition in this way. But this also begs the question: could other covers be given the same treatment?

It’s certainly not unthinkable, given the quality of Gege Akutami’s art. If more Jujutsu Kaisen figures based on the covers are coming, then I’d quite like one based on the Nobara illustration on volume three, but also the Sukuna on volume fourteen. They would all definitely look great next to Gojo-sensei!

Shibuya Scramble’s Satoru Gojo figure goes up for preorder on 2 February. It’s pretty damn expensive at 17,950 yen (around $170 USD), but considering the company’s previous track record, it’ll be worth every penny. Keep an eye on their Twitter for more info.