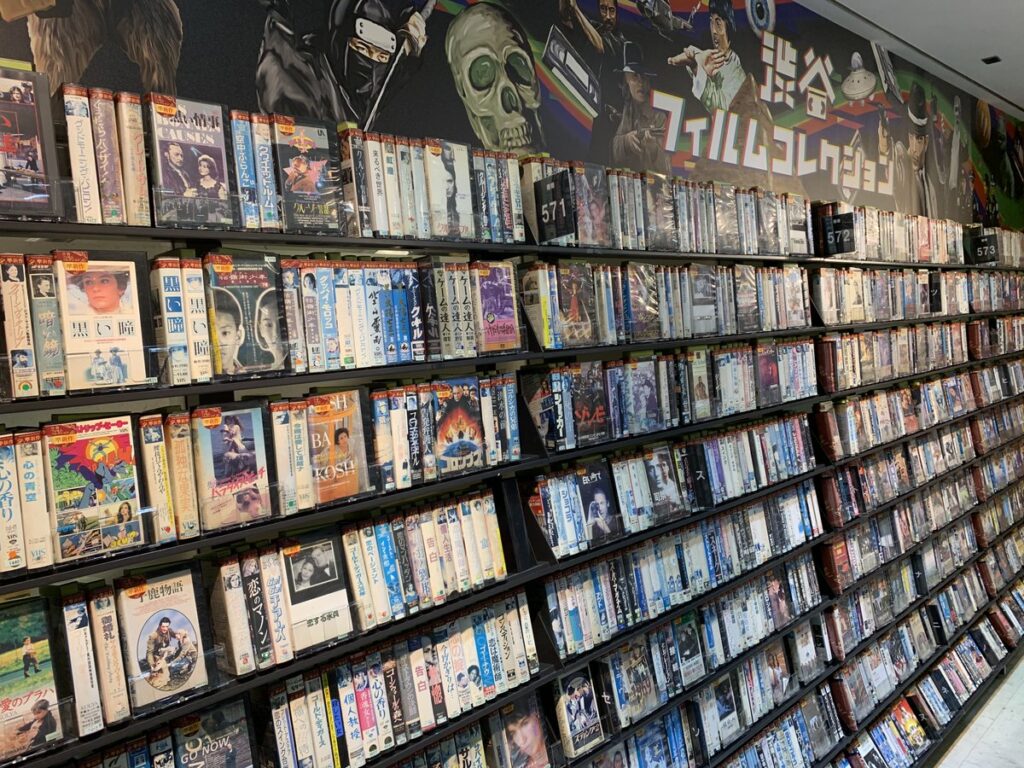 If you want to collect or view VHS tapes or other obsolete forms of media, most of the time you’re forced to navigate back-alley streets in the likes of Nakano, or maybe a larger Book Off if you’re lucky. You don’t expect to find them in the middle of Shibuya, right on the Scramble Crossing. Shibuya TSUTAYA, the music and movie store overlooking Shibuya Scramble, has just undergone a renovation, and this updated store is now home to over 6000 VHS tapes, including many rare titles that are unavailable in other formats. 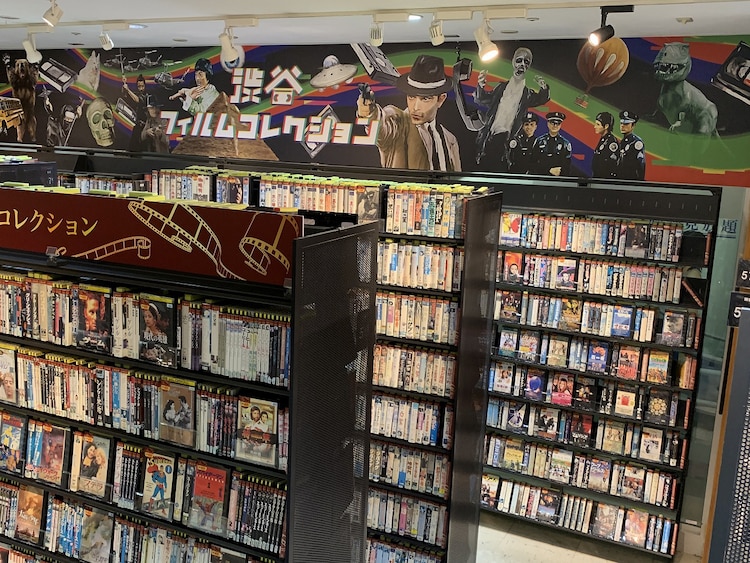 Alongside selling new-release items, the Shibuya TSUTAYA also offers rental services on floors 3 and 4 of their massive flagship store. These floors closed for renewal back in June of this year and have now re-opened with over 200,000 titles, including rare and foreign titles, on a variety of formats. Perhaps most intriguing of all is the opening of a VHS section filled with over 6000 titles. This section of the store is geared towards film and media enthusiasts, with many of the titles on offer being titles that are now out of print or never received a release on DVD or newer formats.

It’s a treasure trove of classic media and an archivist’s paradise, and anyone with an interest in classic media now has an easily-accessible place from which to dive in. Adorning the wall above this VHS counter is an original piece of artwork inspired by classic films designed by artist Hiro Sugiyama. If you want to dive in but don’t have a VHS player, the store has you covered there as well. For 7 days, Shibuya TSUTAYA will also rent out VHS players for 910yen.

With the decline of physical media and the rise of digital, retro formats such as vinyl and even less resilient formats like VHS and cassette have made a comeback, and this is a clear example of the increased demand for older formats and reconnecting with past and even lost media. The renovated Shibuya TSUTAYA is now open.