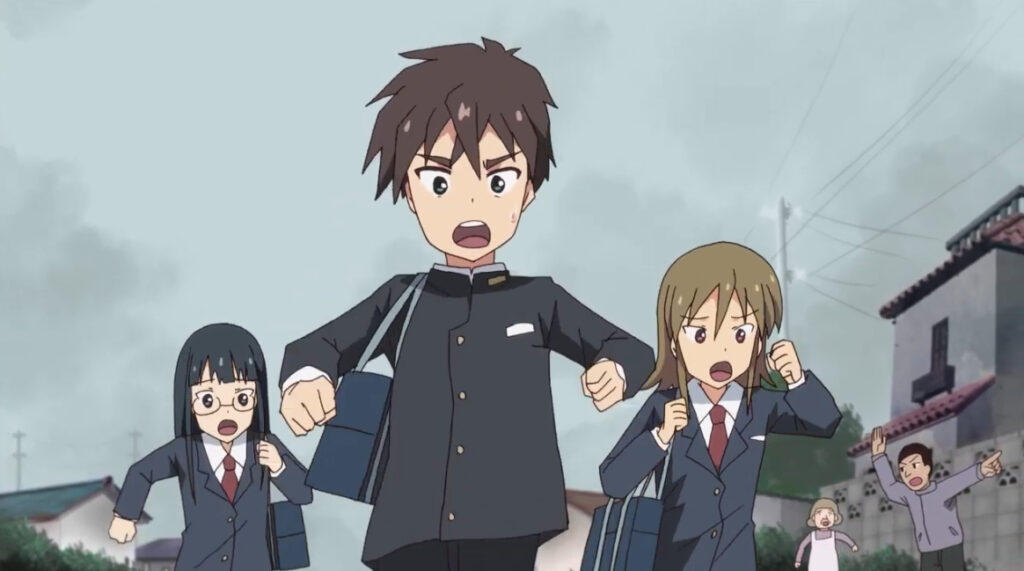 It’s hard to believe that it has already been a decade since the devastating Tohoku earthquake and tsunami struck northern Japan. To commemorate the 11 March 2011 disaster, one of the towns which was directly in the path of the tsunami created a 20-minute anime video with the title Shichigahama de Mitsuketa (I Found it in Shichigahama).

Shichigahama Town, Miyagi Prefecture, posted the video on YouTube on Wednesday. They also created a website for the anime. If you didn’t know what it was about, you’d think it was a slice-of-life school anime series.

Although this is a municipal production, the video features good voice talent. They include Ayaka Nanase (young Kazuma Sohma in Fruits Basket) as Yayoi; and Noriko Hidaka (Kikyo in Inuyasha) as Kaito. Shiori Tamada plays Nagi, Mark Ishii is Minato, and Minami Kurisaka is Michiru.

Interestingly, members of the Shichigahama Town Office staff provide the voices of town residents and extras. It was produced by the Kawaguchi Printing Industry Co., and animated by Jichitai (Municipal) Anime.

The video follows a group of schoolkids before, during, and after the events of the earthquake and tsunami. It starts a little slowly, with the kids down in the harbor and at the beach, when a minor tsunami warning is announced.

Of course, this is just a precursor to the real thing, and the annoyed kids even have time to bicker about the transfer student from Tokyo. For the first nine minutes, they go fishing, bicycling, and generally show the new girl around town. This is actually a very effective way to show the audience what life was like. There’s even a middle-school graduation ceremony right before the earthquake strikes.

Then comes the disaster. According to official reports, more than 15,000 people died as a result, and whole communities were wiped away. Thousands were evacuated from the area, either as a direct result of the earthquake and tsunami or because of the resulting nuclear power plant meltdowns. But that’s the official Wikipedia version. 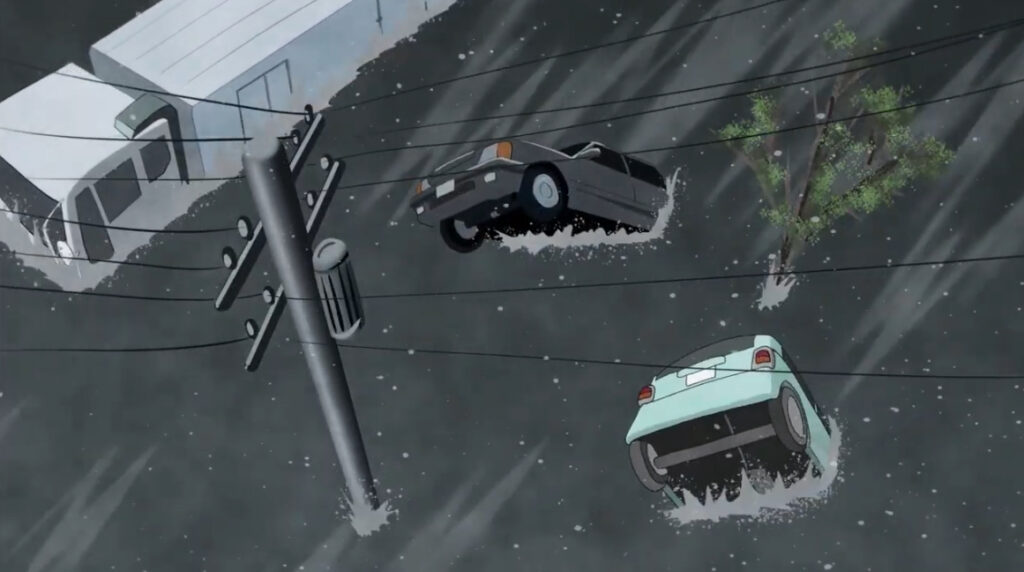 The anime gets a bit more local and personal, as it shows the people running uphill from the tsunami, the devastation and destruction, the shelters and the arrival of relief supplies, and finally the slow and painful recovery. 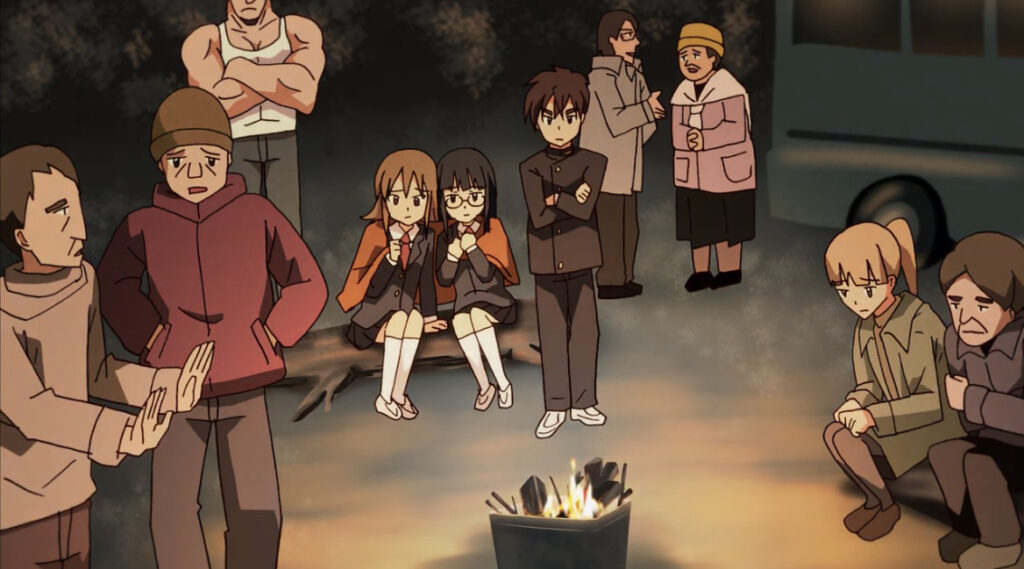 The kids are forced to go their separate ways, as some areas are rendered uninhabitable. In the end, there’s a 10-year reunion, which shows that the town is starting to recover.

The Shichigahama de Mitsuketa anime short is quite good for what it is, and I think it shows some of the ‘gambatte’ and ‘gaman’ (‘do your best’ and ‘endurance’) spirit of the nation. It’s definitely a worthy commemoration of those events, and of the local recovery.