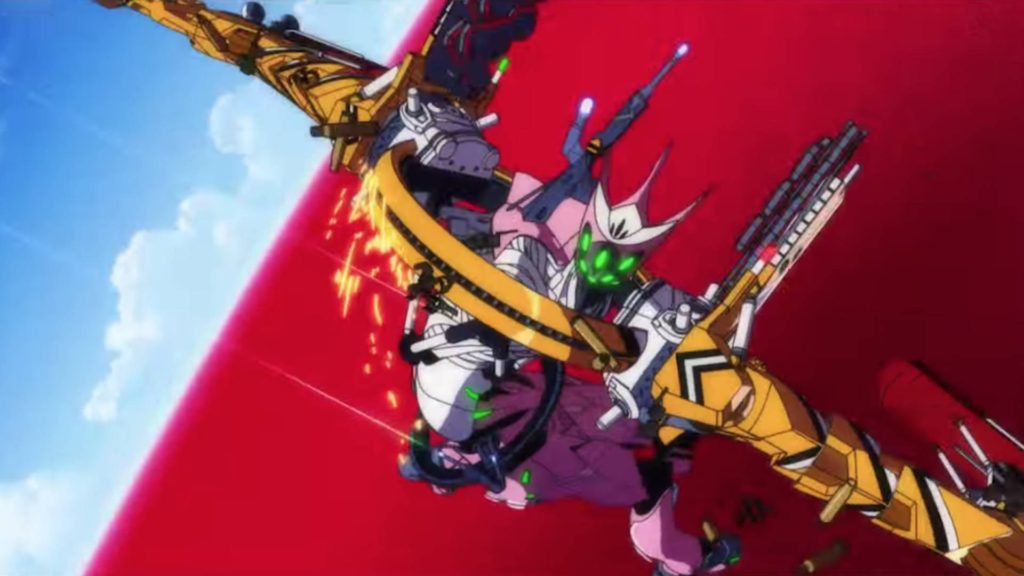 It was just the other day that we wrote about the recently screened trailer for the upcoming Shin Evangelion Theatrical Version:|| (Evangelion 3.0 + 1.0) which is set to release two years from now in 2020. Over six years since the last entry in the ongoing tetralogy of films, it’s long been reported that the upcoming movie would be the final entry into the Rebuild of Evangelion story. Previewed in theaters across Japan during pre-film advertisement segments, the 20-second clip can now be streamed via King Records’ official YouTube channel.

With a close focus on Mari and what appears to be an altered Eva unit, the teaser is a total flurry of action and movement that’s just as enchanting after seeing it over and over. Set to release just in time for the 25th anniversary of the original Neon Genesis Evangelion anime series, the fourth and final entry into the series supposedly sees director Hideaki Anno return with a new mindset after his work on the 2016 Shin Godzilla film. How this translates into  Shin Evangelion Theatrical Version:|| remains to be seen, but I’m certainly excited to check it out.

With just over two years until we’re finally able to lay witness to Shin Evangelion Theatrical Version:||, a whole lot of questions still remain unanswered. We’re sure this won’t be the last we see of the film before it releases, but until then we’ll be keeping a close eye out for any updates and information revealed. Those interested in digging a little deeper can head over to Evangelion’s official website. Additional information can also be found in our full archive.