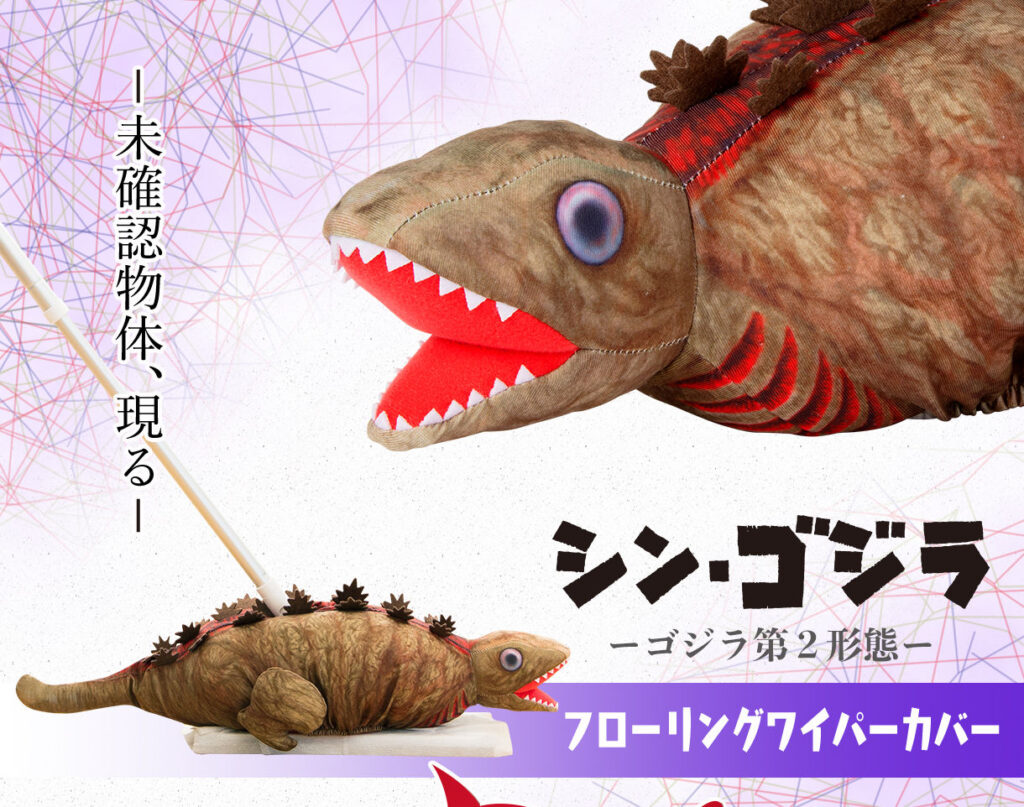 There is a lot you can talk about when it comes to Shin Godzilla (and I have talked about it), but there is one thing that everyone will agree with: the second form of Godzilla is by far the cutest design ever, and this plush toy is a must-buy for that reason.

Shin Godzilla is interesting because the Godzilla creature featured in the film isn’t limited to one form, instead transforming and evolving at a rapid pace. This eventually transforms the creature into the Godzilla we are all familiar with, all as they bring about the destruction of Tokyo and are allowed to run rampant by the incompetence of bureaucracy. It’s a movie from Hideaki Anno that, like the rest of their live-action output, has a lot of interesting things to say… yet every time I watch it my mind is inevitably distracted by the awesome design of Godzilla’s second form.

The second form for Godzilla in Shin Godzilla is now a plush toy, but not just any toy. Not only it is adorable with a design that looks like the only thing it could destroy is your heart, but it actually has a cut-out that goes right through the center of the plush. This allows you to stick the toy to various things, including, as amazingly demonstrated in promotional images, a floor mop. Now, Godzilla’s second form can slip and slide with your mop as you clean the floor, before resting on your lap for a hug.

This is not any mere toy. This is a marvelous invention, a creation beyond anything that mankind has ever manufactured before. It is a marvel, and it is desperately needed in my life.

Pre orders for the Shin Godzilla plush toy of Godzilla’s second form are now open on the Premium Bandai store, with the plush setting you back 5290 yen (about $50).