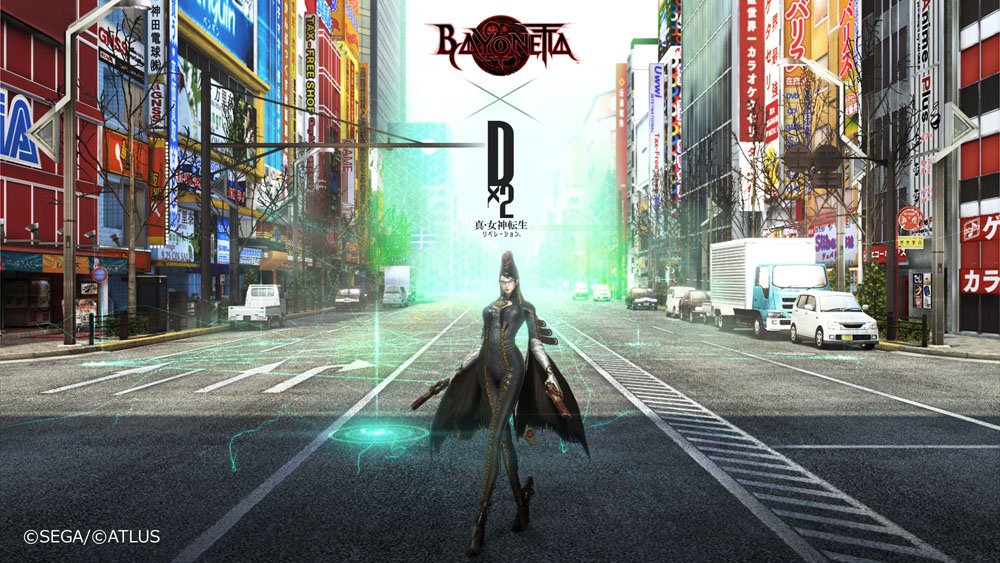 Whether it’s a demon or an angel, Bayonetta will make short work of them. A perfect fit into the Shin Megami Tensei series.

At a SEGA livestream on the 13th January for the mobile game, Shin Megami Tensei Dx2 Liberation, it was announced that the Umbra Witch would be making an appearance in the near future. This is actually the second of Hideki Kamiya’s characters to make an appearance within the Megami Tensei franchise, after Dante (from the Devil May Cry series) appeared in Shin Megami Tensei: Nocturne to kill the protagonist.

It seems that Platinum Games director Kamiya wasn’t made aware of Bayonetta’s inclusion this time around though, as he’s reacted on Twitter with just “H-huuuuuh?” Kamiya had previously refused to allow Bayonetta to appear in the crossover game Project X Zone 2, although he later regretted it. Kamiya doesn’t technically own the character himself, so it’s unclear whether he’s happy or sad to see the character make its way into the Shin Megami Tensei series.

Skip to 50:17 for the announcement trailer.

It’s actually a little ironic that Bayonetta is returning to help promote a Sega property, seeing as Sega were unable to provide funds for its sequel. It was Nintendo that resurrected the project for the sequel and eventually added the character to Super Smash Bros. for Wii U and Super Smash Bros. Ultimate. SEGA does still retain the rights to the character though, and in this case, have opted to use her design from the first game (A bit disappointing, since Bayonetta looks way cooler with the short hair from Bayonetta 2).

It’s currently unknown what role Bayonetta will take on in the game, although it’s likely that you’ll be able to summon and use her in battle against the demons threatening Tokyo. It’s very common to have characters from other franchises appear in mobile games (Especially Granblue Fantasy), so hopefully Bayonetta will be the first in a long line of guest stars.