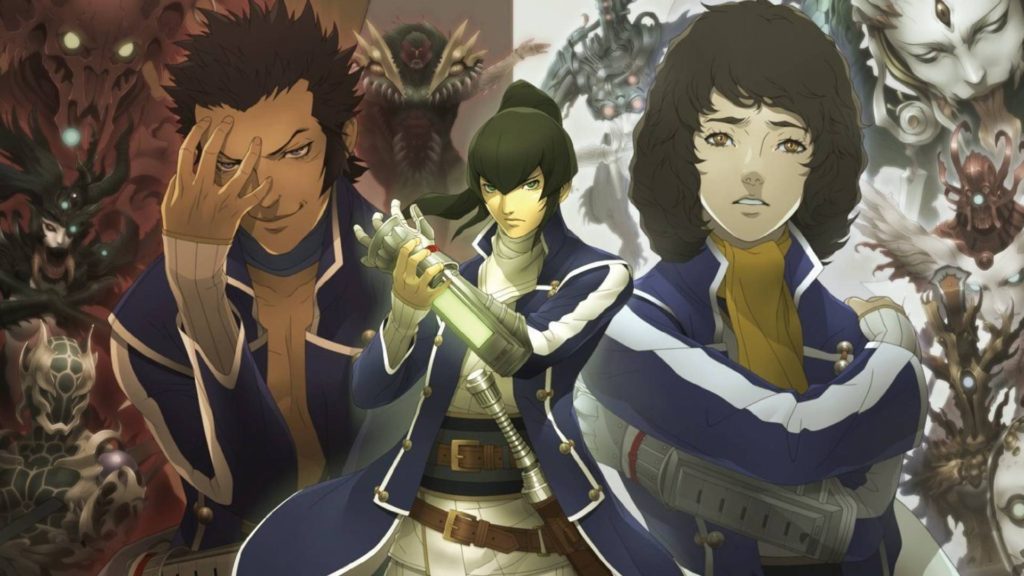 It seems that these days, any mention of the Shin Megami Tensei series falls mainly under the umbrella of the massively-popular Persona 5, rather than within the realm of the outwardly bleak and relatively complicated world of turn-based demon fighting RPGs the series found its genesis in. That’s understandable, however — the Persona spinoff series placed the grim task of collecting mythical demons into the hands of a bunch of stylish and (mostly) relatable teens, and turned that burden into a unique form of self-expression.

Slickly-produced and full of character, it’s no wonder the Persona games have found a wider audience, and that’s OK. It remains an undeniable fact however that the audience is still there for a traditional SMT experience, as evidenced by the success of Shin Megami Tensei IV on the Nintendo 3DS.

What better way then, to migrate a bit of that casual audience back to the main series than through a casual mobile game?

Announced just recently by Atlus as Dx2 Shin Megami Tensei: Liberation, currently you can catch a new trailer streaming only in Akihabara on a few of the otaku district’s billboard-sized big screens. Luckily, the fine folks at 4Gamer recorded a bit of footage to share with the world over. Check it out below!

The expected level of SMT production slickness is there, featuring stylish silhouettes of a handful of both guys and gals. I think the question here is pretty clear: to what degree, if any, will this game pull features everyone knows and loves from Persona? Will it be a bit lighter than the traditional SMT outing? Will there be any emphasis placed on “social links”?

I think that for a social mobage, that idea could be kind of interesting if implemented in such away that allowed you to form links with your friends and other players. And at least in my mind, the rest of the game falls into place pretty quickly. Being a monster/demon collection RPG, there just has to be a gacha (random draw) system allowing you to score your favorite demons.

I’m only dreading yet another addicting, yet hopefully, super-compelling mobage entering my life. May the gods (or devils) have mercy on us. We’re expecting to see even more about the upcoming smartphone title at Tokyo Game Show as the trailer suggests, and for now, there’s a website made available here.