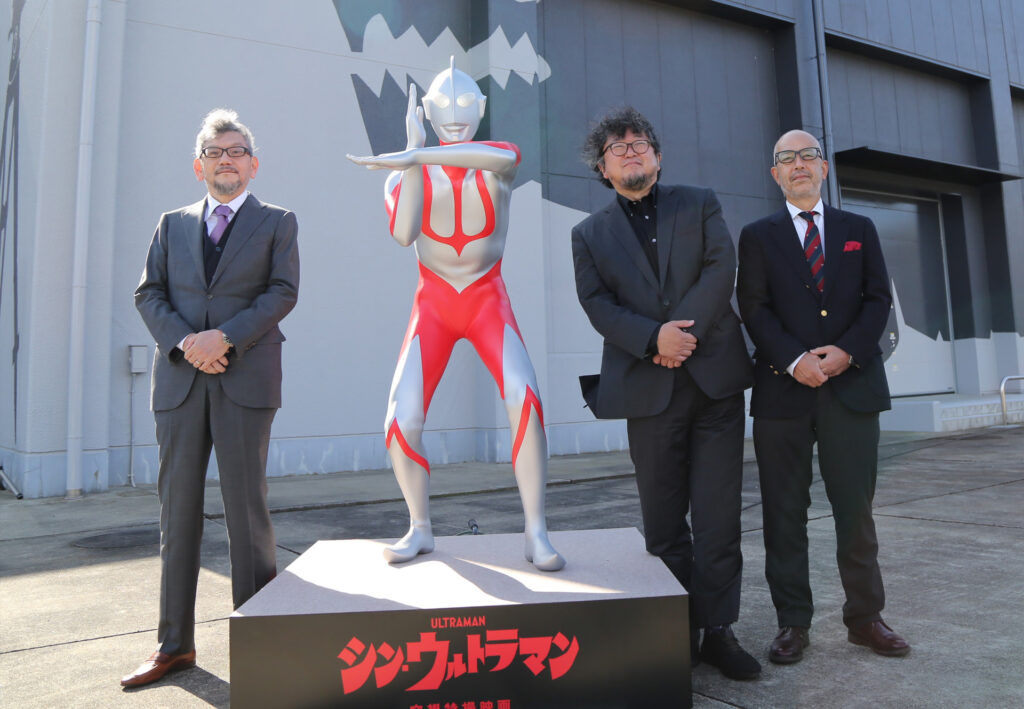 Hideaki Anno is nothing if not transparent about his passions. The offer to direct Shin Godzilla came after the director was dealing with depression following the workload of efforts on the Rebuild of Evangelion series, but his love of the genre eventually convinced him to make an effort on that movie. His love of tokusatsu is part of the reason the director similarly chose to work on a reimagining of Ultraman. While news on Shin Ultraman has been relatively quiet since the movie’s official announcement last year, Hideaki Anno has confirmed the film’s planned summer 2021 release date while discussing the unveiling of an Ultraman statue based on the upcoming movie.

The announcement and statue unveiling was made at the opening of the Sukagawa Archive Center, which aims to chronicle the work on special effects in kaiju and tokusatsu filmmaking. Commenting on the venue upon its opening where the statue was revealed, matching previous promo images which showed Ultraman without his color timer, he noted the centers importance in preserving the technology and creative work that goes into creating and capturing miniatures. These give the tokusatsu works their signature style, and that by preserving them in venues like this it can help craft the future of tokusatsu filmmaking.

The center was crafted in celebration of Eiji Tsuburaya, often referred to as the father of the kaiju and tokusatsu genres due to his special effects work, and the statue was made to celebrate the centers opening. The statue will be displayed until Spring 2021.

While the event mostly existed to celebrate the opening of the Sukagawa Archive Center, the unveiling of the statue and an official summer 2021 release date for Shin Ultraman suggests that the promotional cycle for the film’s upcoming release is beginning to ramp up. The statue’s visibility is a signal of intent for the film’s release, and with the Shin Godzilla team of director Shinji Higuchi and scriptwriter Hideaki Anno involved, new information can’t come soon enough.