After an initial announcement in 2019 and a reveal of a statue representing their design in the film was shown off last year, we now have our first look at Shinji Higuchi and Hideaki Anno’s Shin Ultraman with a trailer, set for release in early summer 2021!

Ever since the announcement, the team here at OTAQUEST have been on the edge of their seats for any sliver of new information on the Shin Ultraman film being produced and written by Hideaki Anno and directed by Shinji Higuchi with Tsuburaya Productions. The duo had teamed up in these same roles for the superb 2010 film Shin Godzilla that gave us a new interpretation of one iconic kaiju creature for a modern audience. Now, with Shin Ultraman’s release approaching later this year, we have a first trailer for the duo’s take on a tokusatsu icon.

One thing even those less familiar with the franchise will immediately note is how Shin Ultraman appears to be taking a similar stylistic approach to what Hideaki Anno and Shinji Higuchi took with Shin Godzilla. The film is looking to focus on the human response to the appearance of giant monsters and how to counter the threat. With prevalent close-ups of the cast, which includes an all-star cast of Takumi Saito, Nagasawa Masami, Hidetoshi Nishijima, Hey! Say! Jump! member Daiki Arioka and ex-Momoiro Clover Z idol and accomplished actress Hayami Akari, we see a flustered team doing what they can to respond to a crisis. 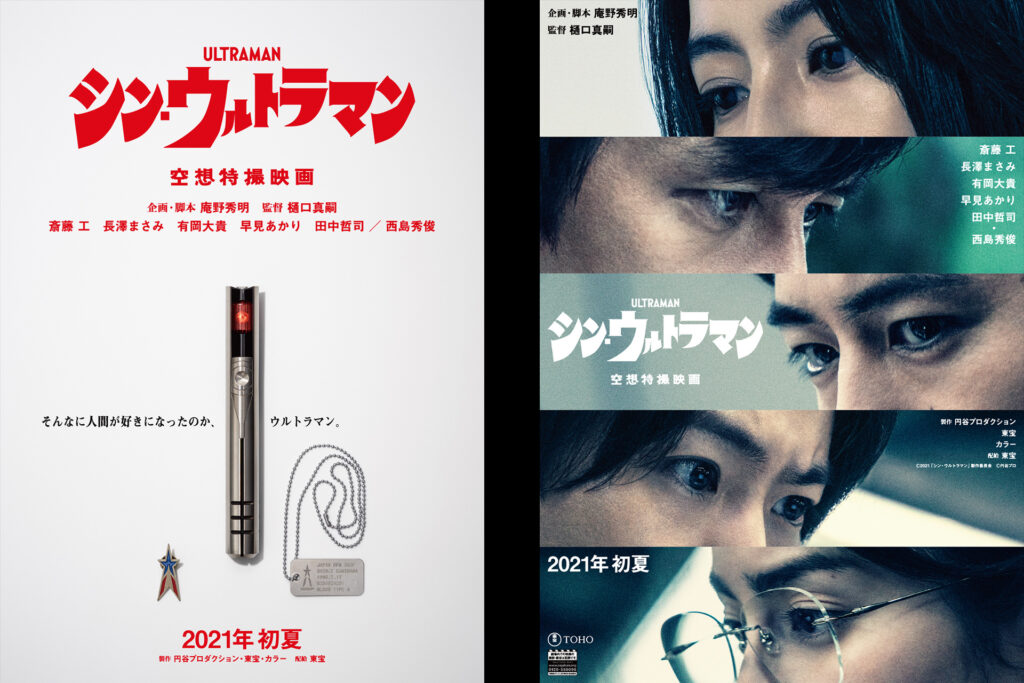 Perhaps most intriguing are the two poster visuals released alongside the trailer. On the poster featuring iconic Ultraman iconography is the phrase ‘Have you become so fond of humans, Ultraman.’ The other poster features the focused stares of our main cast.

Just with a short teaser trailer, Shin Ultraman has cemented itself as a film worth keeping an eye on that could potentially see Hideaki Anno and Shinji Higuchi recreate the success they had with Shin Godzilla. Shin Ultraman is set for release in early Summer 2021, and you can find out more over on the film’s official website.

EDIT 12:24pm: The translation for the text on the poster has been updated.