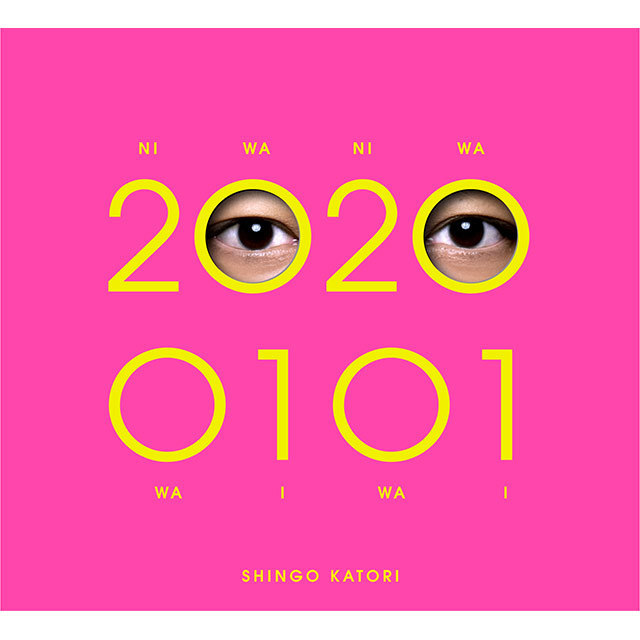 It’s a little overwhelming to think how much the J-pop industry has changed in the last two years alone. In just over 24 months, the country has seen a sudden embrace of subscription streaming services resulting in top-level acts once seemingly allergic to the internet just uploading their whole catalogs online all at once, while some of the biggest musicians in the country are now also dabbling in the YouTuber life. If you’re looking for a ground zero for all of this, turn back the clocks to 2016, when nationally beloved pop outfit SMAP announced plans to break up at the end of the year. No story proved more of a powder keg, and after they seemingly backed off on this threat, the group did indeed call it a career when the calendar flipped to 2017.

Three former SMAP members — Goro Inagaki, Tsuyoshi Kusanagi, and Shingo Katori — left talent agency Johnny & Associates in favor of a new path that saw them allowed to do things their old overlords wouldn’t let them. They could start YouTube channels! They could launch an Instagram page! They could exist in the 21st century! This bucking of old ways, and the enthusiasm which they brought to every new area that most teenagers consider daily essentials, proved to be prophetic as to where Japanese pop music would go.

Let’s tackle the actual sound of 20200101 first. Katori has basically crafted the musical equivalent of one of those sampler boxes of chocolate where you get, like, one caramel and one sweet with pretzel in it, except swap out desserts for late 2010s sonic developments lurking on the edges of J-pop. Opener “Prologue” finds TeddyLoid taking cues from younger creators like Yunomi (see those opening whistle synths) to craft a choppy dance-pop number allowing Katori to re-introduce himself. WONK become stand-ins for the whole “new city pop” movement that sprung up midway through the decade, although they bring something a bit more bleary-eyed to “Metropolis,” while Keina Suda connects Katori to the world of Vocaloid music, even if “welp” opts to play it safe. You can keep playing this game; SALU represents 2010s rap, BiSH represents shadowy late-period idol music, yahyel represent…unsettling James-Blake-indebted pop music. Yeah, I really still can’t wrap my head around that one.

Yet what makes Katori’s solo effort click is that he’s not appropriating their work, or even nudging them to the credits page of the CD insert. This is how Katori’s former talent agency Johnny & Associates worked and looking over his old group SMAP’s discography reveals all kinds of collaborations that aren’t far off from the J-pop Madlibs of 20200101’s tracklist. They worked with artists such as Yasuharu Konishi of Pizzicato Five and Yasutaka Nakata at their hip peaks, but it wasn’t “SMAP featuring Nakata,” just SMAP. They glommed on to those creator’s cool, and unsurprisingly the final products came nowhere close to sniffing the best moments from their actual catalog. This type of J-pop hybridization rarely results in anything actually worthwhile.

Katori places the spotlight right on his guests, however, and maybe his decision to treat this album as part celebration of younger artists rather than just an exercise in branding for himself (which…it still is, but at least he’s not hogging all the attention). That results in them mostly bringing their A-game because they know this is a hell of a chance to reach a new audience. It also helps make sense of the other weird dynamic here — when Katori works with an old artist with nothing to lose, 20200101 sags. Kishidan, Schadaraparr, and Kreva put it on cruise control on their songs with Katori, and those instances just drag. It feels like watching old friends talk while they ignore you entirely, just going on and on with the same boring stories.

The newer artists, though, have plenty of interesting things to say, and Katori’s curation coupled with a willingness to let them be more or less equals on the songs make this album an early surprise of 2020. Just as importantly, though, this feels like a sign of where mainstream J-pop is going to heading as Reiwa really gets going. The late 2010s saw Japan develop something that has practically vanished from the rest of the global music industry — a middle class, where creators of all types could get major-label backing even if they didn’t have a shot at the all-or-nothing success someone like Katori is used to. Many of the acts popping up on 20200101 fall under that umbrella, and this is one of the first major J-pop releases I can remember that tries to synthesize the fragmented sound of the decade into something that can be made into a blockbuster release.

I have a feeling this wrangling of sounds from the middle will be a trend from here on out, and the question becomes will major pop acts and their industry higher-ups choose to embrace the old-school model of pushing the actual creators of these sonic ideas to the small print. That’s a very real possibility, but Katori offers a better way here.