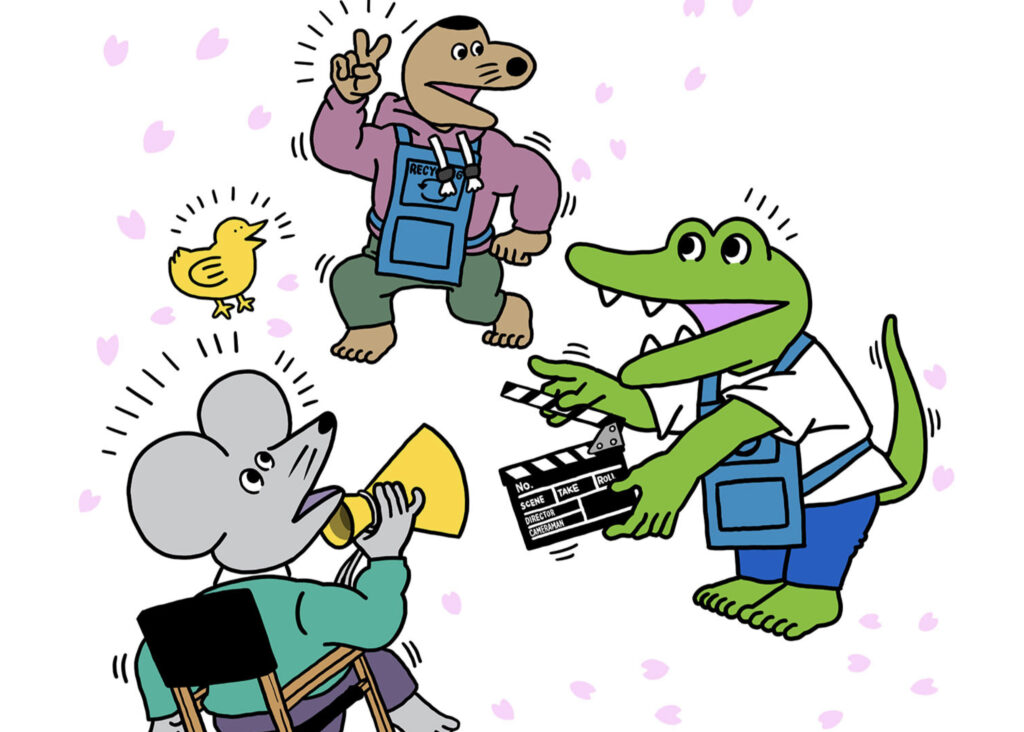 Following an announcement that the viral Japanese manga hit This Croc Will Die After 100 Days (100 Nichi ato ni shinu wani, 100日後に死ぬワニ) would be turned into an anime film last year under the new name The Croc Who Lived For 100 Days, the cast and staff for the film has been confirmed. One Cut of the Dead and Special Actors director Shinichiro Ueda makes his first steps into the world of anime.

The original manga captured the imagination to the point that the release of the final chapter was trending on the social networking sites and became one of the highest-selling first volumes of 2020, despite being published online without a publisher or mainstream magazine attached to it. The success inevitably resulted in the announcement of a movie adaptation, and we now know who will be involved in bringing this story to life. The story in this adaptation is slightly expanded upon in animated form, all touching on the 100 days after the crocodile’s death when, because of the pain of confronting their memories of their lost friend, the group loses touch with one another.

Shinichiro Ueda’s films have always had a touch of the unusual to them, from the one-cut filmmaking of a low-budget zombie film to touch on the joy of filmmaking to the humorous exploration of cults, making the director a fitting choice to lead The Croc Who Lived For 100 Days. The project will be written by his wife, flash animator Fukuda Miyuki. Tomonori Kogawa acts as animation director, and Seiji Kameda composes the soundtrack.

The voice cast, meanwhile, has Ryunosuke Kamiki taking the lead as the croc. Tomoya Nakamura, Subaru Kimura, and Yuuko Araki play Nezumi, Mogura, and Senpai. Ikimonogatari are providing the theme song. To help promote the film, a new 100 Days manga will be serialized on the film’s Twitter account.

It’ll be interesting to see how Shinichiro Ueda works within the realm of animation, but his unusual style fits the tone of The Croc Who Lived For 100 Days, so I’m hopeful this film will work.

The film will release on 28 May, and you can find out more over on the film’s official website.